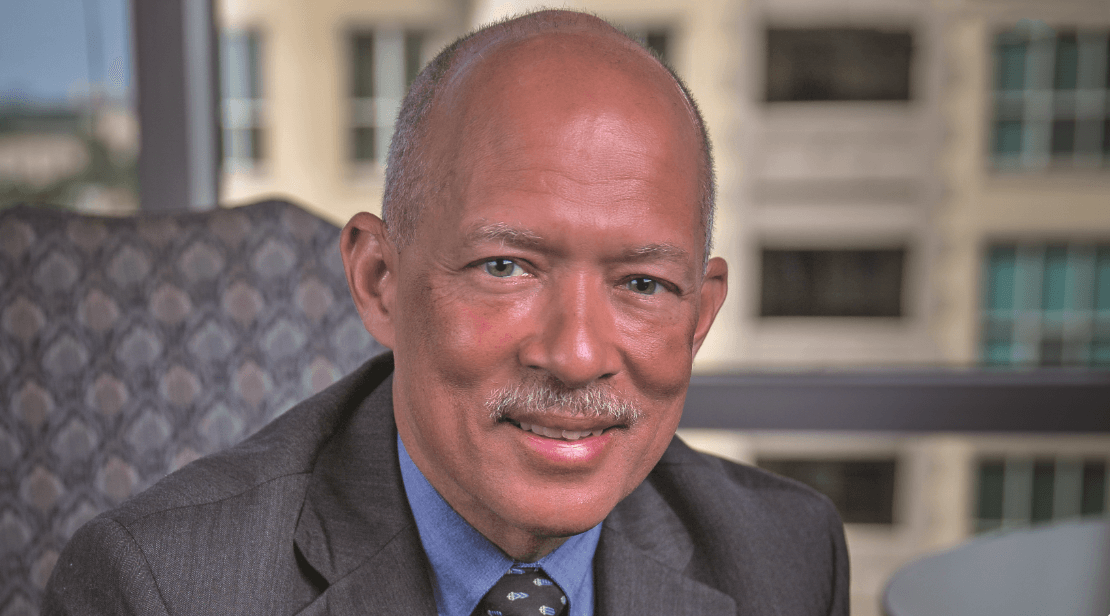 Attorney John Creuzot believes successful representation requires discovering and dealing with the underlying issues that determine the actions of his clients. Creuzot is the founder of the Creuzot Law Firm PLLC. He has more than 34 years of trial experience, has also served as an assistant district attorney, and for 21 years as a state district judge in Dallas.

“Many clients come to my office who have been represented by other lawyers, but the other lawyers don’t know or don’t understand all of their underlying issues be it psychological, psychiatric or substance abuse. Nobody’s ever done that. People just keep processing them through the system,” he says.

Creuzot takes a different approach by getting comprehensive psychological evaluations that look for what (if anything) in the person’s makeup that underlies the criminal behavior. He leverages that information in his client’s favor in the subsequent legal procedures. The approach has proven highly successful and has resulted in reductions in prison sentences, deferred adjudication, and even no-bills with all charges dismissed.

“There are any number of things we can do prior to court or we can go fight the case. If we have to go to a punishment hearing, we basically present a person who has resolved the underlying issue. There’s no reason to sentence someone to the penitentiary or to be harsh because the person who did the crime no longer exists. I believe our chief asset here is our ability to take what seems to be a losing case and turn it into a winner,” Creuzot says.

Creuzot credits his initial interest in the law to a childhood meeting with an attorney handling work for his family. His interest in litigation was sparked when he took the criminal and civil clinics at Southern Methodist University Law School. During the summer of 1980, he worked for State District Judge Leonard Hoffman.

“Judge Hoffman, a civil law trial judge, tried a lot of cases so I was in the courtroom and saw a lot of things. That sparked my interest into going into trial work.” In addition to observing court, Creuzot handled and won a trial while in the SMU Law School Criminal Clinic.

After graduation he was hired by Dallas District Attorney Henry Wade and served seven years as an assistant district attorney. He left the DA’s office in 1989 to enter private practice. He had no plans to become a judge, but Gov. Ann Richards soon changed all that.

Creuzot’s predecessor had run for an open court of appeals seat and was elected, so she would be leaving. Although Democrats were not being elected countywide at that time, Creuzot and party officials discussed the possibility of approaching the governor about an appointment to the office.

“It’s really an odd thing. I put my application in and went down and I didn’t expect Gov. Richards to appoint me. I had no political name ID and I didn’t think I was what she was looking for. It turned out that I was exactly what she was looking for because she wanted somebody she could trust who had been a prosecutor and defense attorney and had done it at a high level. She knew I would be able to come in and start and do a good job from day one.”

Richards, who was interested in rehabilitation, also queried him on alcohol and drug issues. “I had begun to rethink a lot of my positions on that and without really knowing it I was answering her questions as she thought they should be answered,” he says. After completing the full vetting process, Creuzot was sworn in as a district judge March 19, 1991.

Creuzot enjoyed his 21 years on the bench and the element he most enjoyed was being in a position to solve problems.

He says a lot of a judge’s work is not in trial, but involves mediating or negotiating with the parties to get a resolution to the case. Sometimes the parties and their representatives get stuck and they don’t know what to do and require a set of fresh eyes – not just fresh eyes but a set of fresh eyes that understand the system. His ability to “think out of the box” was a real asset in handling challenging cases or cases that for some reason were stuck.

Creuzot discovered that presiding as a judge was a genuine learning experience. “I enjoyed the trials and the challenge of the trials and watching the lawyers do their work. I watched very good lawyers and was able to learn from them. And when I say learned from them, I never had the attitude that I owned that court, that it was my court and I had some kind of right to it. I looked at it as a four-year lease subject to election. I never knew if I was going to prevail in the next election or not. So I treated it as a learning experience, as an opportunity to assist the lawyers in getting the cases moved and the problems solved.”

Gov. Richards put him on the Texas Punishment Standards Commission which rewrote the sentencing and procedural laws for the state of Texas back in the early ’90s. In 1998 that commission led to the creation of a ground-breaking court across the state – the Divert Court (Dallas Initiative for Expedited Recovery and Treatment). He presided over that for a number of years.

“Some people say it’s just another program, but it’s not. The Southern Methodist University Psychology and Economics Departments conducted recidivism and cost-benefit studies and concluded we had a 68 percent reduction in recidivism. And for every dollar we spent we had $9.34 in avoided criminal justice cost,” he says.

Those efforts led to numerous new programs generally known as problem solving courts such as the Prostitution Court and the Mental Health Court, among others. “A lot of the things I did were groundbreaking and I was one of a handful of district judges, who was willing to stick out his or her neck to do this. When I felt something would have a disparate effect on minority defendants I spoke up on it when other judges didn’t. They may not have seen it, or understood it, or didn’t feel it was safe to speak out. I did not bite my tongue about that and I think we now have some laws that are fair across the board and equal for everybody,” Creuzot says.

In the early 1990s, Dallas County, with funding from state and federal sources, opened a 300-bed treatment facility. That facility is now named the Judge John C. Creuzot Treatment Facility in honor of his ground-breaking efforts to rehabilitate offenders.

Today, as a solo practitioner, Creuzot focuses on fast, efficient and effective service for clients in state and federal courts. He says, “I think we get things done, but without a lot of tension. Nobody screams at anybody. We respect each other. We respect the deadlines and we try the cases as much as we can on schedule.”

Creuzot is a nationally recognized expert in drug courts, criminal justice reform and evidence-based sentencing and has lectured and taught courses at the National Drug Court Institute, the National Judicial College, and the National Center for State Courts. He has also presented at several national training conferences for the National Association of Drug Court Professionals, and has taught drug court teams from across the country.

His business philosophy is basic and based on fatherly advice. “My dad told me that you don’t have to be perfect in any given day. But if you do your best each and every day you’re far ahead of most people in the world.”