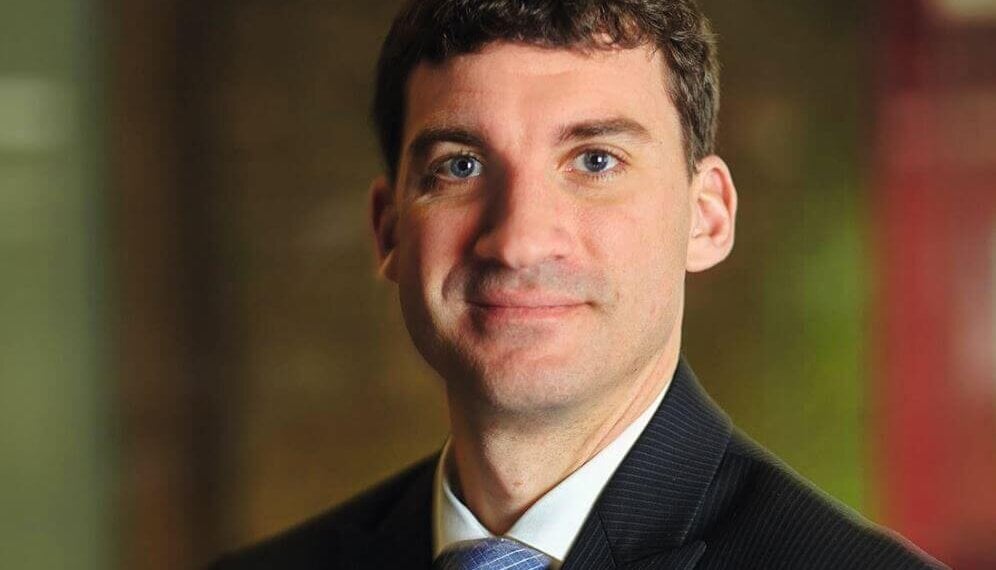 Next generation attorney Vince Reuter says that establishing your professional identity in an area of practice you are passionate about is vital to a successful and sustainable legal career. With the support of the senior attorneys at Eckland & Blando, Reuter has expanded his niche practice in admiralty and maritime law to include government contracts and commercial litigation.

Reuter began his professional journey with a degree in business information systems from Minnesota State University, which led to an IT position at a law firm. After observing the work the lawyers were doing, Reuter realized his true calling was the law.

“I developed relationships with them, and I became intrigued with their work. They were always tackling interesting problems and putting so much thought into their work. I was drawn to the responsibility that comes with being an attorney.”

Reuter attended Hamline University School of Law on a presidential scholarship, where he participated in the John R. Brown Admiralty Moot Court Competition.

“I enjoy history, so I was drawn to the historical aspect of maritime law, and I made connections across the country.” He decided to further his legal education with an LL.M. in admiralty law from Tulane University and went on to work for a maritime firm in Washington D.C.

Reuter returned home to the Twin Cities and joined Eckland & Blando in 2012. Although not a coastal market, the region’s significant inland waterways make the Twin Cities a fitting location for a strong maritime practice. Reuter’s legal niche fit well with the firm’s well-established practice in government contract law and commercial litigation, and the firm’s partners saw value in expanding their presence in admiralty and maritime law. Reuter and colleague Daniel J. Cragg are both members of the Maritime Law Association.

“Eckland & Blando has a significant government contracts practice, and this was a wonderful opportunity to expand my practice into another area with a certain specialization to it, while continuing to develop my maritime practice. Few local firms have any experience in maritime law, and I think most wouldn’t see the value in even trying. I credit this firm for seeing that. The areas of my practice fit well together, and I’m excited how it has evolved and for the future.”

Reuter enjoys the David versus Goliath contest of representing individuals and companies who are engaged in contractual disputes with government entities. “People often assume the government has all the power in these situations, and that they can only ask for mercy. There’s a certain satisfaction in holding the government accountable to its own rules.”

In the last few years, Reuter has also developed a robust appellate practice, which he enjoys for its intellectual rigors and opportunities for extensive legal writing. Since becoming the parent of two young children, he says some of his newest writing cues come from children’s books. “Kids’ books are often very well-written. They use short, descriptive words and sentences, and the best ones have a certain cadence. Legal briefs can and should incorporate these same core principles.”

Reuter encourages other young attorneys to take ownership of their careers and practice law that personally inspires them.

“Don’t be afraid to take chances. Practice law that will challenge you every day. I’ve been fortunate here to be able to bring parts of my practice with me and develop new ones, resulting in a special legal identity with more to offer my clients.”