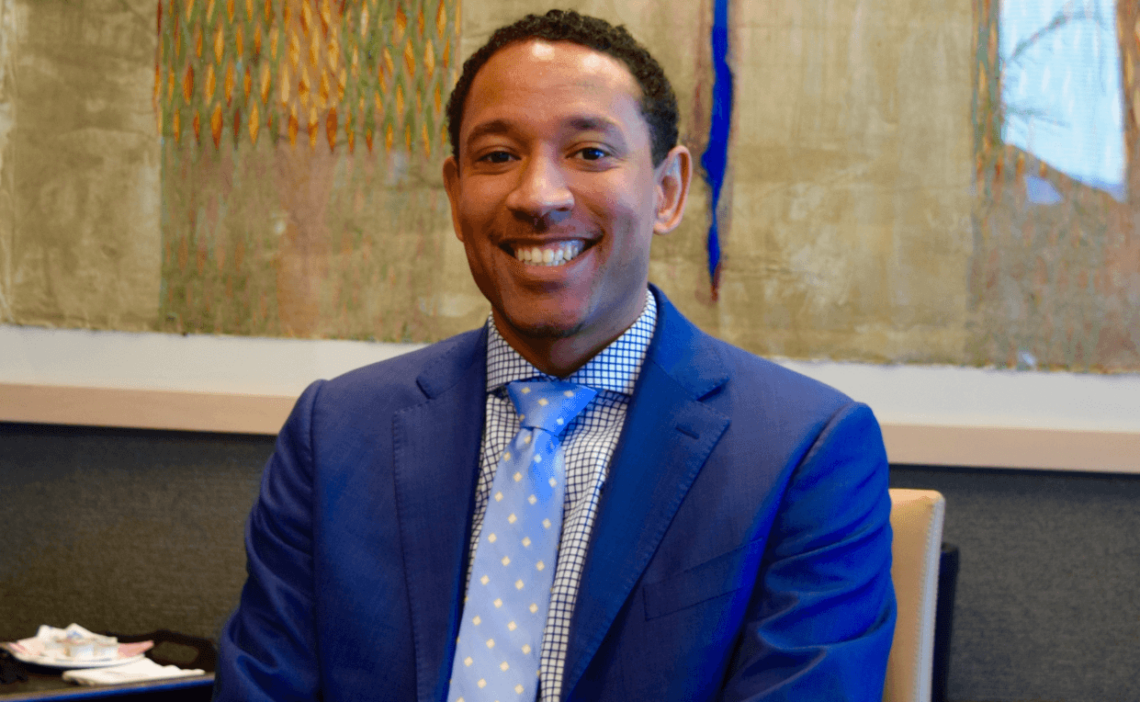 Adam Maier is a partner at Stinson Leonard Street and co-chair of the banking and financial services division. Financial institutions across the nation look to him for advice on a broad range of business, strategic and regulatory matters. To what does this talented next generation attorney attribute his professional success? He credits his good fortune to having had “great clients and great mentors.”

Maier grew up in the Twin Cities suburb of Roseville and earned his bachelor’s degree in finance at the University of Wisconsin- Superior. He initially planned to obtain his MBA and pursue a career in the finance sector, but his father urged him to attend law school. While earning his degree at the Hamline University School of Law, Maier took a summer job at Stinson, and that experience transformed his future. He connected with the firm’s banking group and found his true calling in banking and financial institutions law.

“The lawyers here took an interest in teaching me how to be a good, all-around, business-oriented attorney,” he said. “Some taught me the nuts and bolts of banking transactions. Others taught me mergers and acquisitions. Some taught me how to build relationships and how to position myself as an industry-focused attorney. I was lucky that I got to work with senior attorneys and partners who also let me grow my own practice so I could become a partner. Without their assistance, I couldn’t have gotten to that point.”

As a leader in the firm, Maier now has the opportunity to pay it forward. “I’ve learned that it’s beneficial to bring other people along. We’re collaborative here, and do things as a team. It’s more rewarding in the long run. It’s humbling when an associate reaches out to me and asks questions. When somebody calls me Mr. Maier, I’m still looking around for my grandfather.”

The firm’s investment in Maier as a young professional has paid off , as he represents an impressive repertoire of high-profile institutions in complex matters. In one notable case, he helped a client purchase a bank out of bankruptcy. This acquisition was extraordinary, as such a transaction has only occurred a handful of times across the country, and it was the first and only Bankruptcy Code § 363 bank acquisition in Minnesota history.

“We were really working from scratch in our region. Even the regulatory side was complicated because the Federal Reserve had only seen a handful of these, too. The client’s management team was phenomenal, and in the end, we realized so much value for the bank and its shareholders.”

Maier represents one of North Dakota’s largest banks, owned by a family that has been a community stakeholder there for more than a century. During the oil boom, they invested in significant development across the oil range.

“I was so impressed that when the price of oil dropped, they had been so intelligent about how they structured loans, they didn’t suffer any losses on the matters I handled, even though they had funded some of the biggest construction projects in Western North Dakota. I’ve had the privilege of getting to know them personally and spending time with them beyond our business relationship.”

Maier also represents an institution that serves as trustee for large corporate debt issuances. “Some are half-billion and billion-dollar debt issuances. They’re very interesting and creative people, and their projects take me all over the globe. In 2016, we worked together on one of the largest debt issuances in the world.”

In a practice driven by concerns about dividends and balance sheets, Maier has found the greatest value in relationships.

“Banking and financial institutions is not the warmest, fuzziest practice, but the issues I deal with matter to the people who have a stake in the institutions I represent. I get to work with clients I look forward to seeing and colleagues who are supportive and positive. Hard work is the baseline for success, but relationships with people make the real difference.”