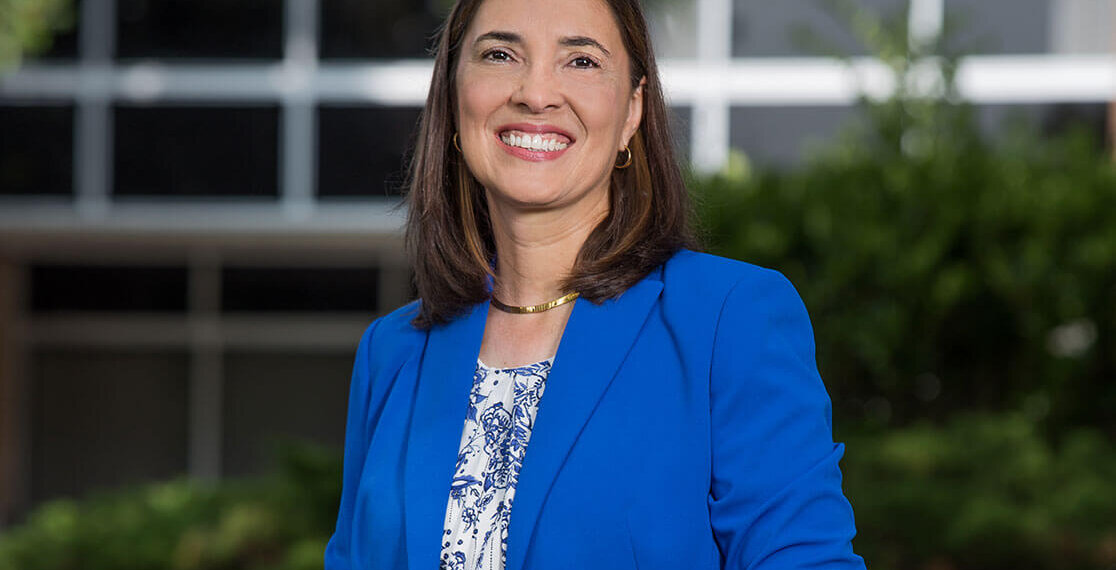 St. Louis, Missouri, is a long way from Seattle, Washington, where Anita Earls was born and raised. But it’s where her parents, Garnett and Hazel, a mixedrace couple, had to move to get legally married because such marriages were illegal in Missouri. “My father was black; my mother was white.

I identify as an African-American woman. My racial and gender identities are a fact of my birth that I’ve been aware of as long as I can remember,” said Anita Earls, the Democratic candidate for the seat on the North Carolina Supreme Court currently held by Justice Barbara Jackson.

“I saw the challenges my family faced but also how the guarantee of equal justice under law could remove those barriers,” said Earls. “From an early age, I wanted to be a lawyer to work for fairness and equal justice. I was the first one in my family to graduate from college and incredibly fortunate to be able to go to law school.”

Earls’ father had attended a two-year college in Missouri because at the time there were no four-year colleges in the state that would accept African-Americans. He became a medical technician. Her mother was a registered nurse.

Anita attended Williams College in William-stown, Massachusetts, where she was a double major in political economy and philosophy. She earned her Juris Doctor from Yale Law School.

“While a lot of my Yale classmates landed at Wall Street law firms, my guiding principle was to be a lawyer who represents people who otherwise would not have a voice or representation.”

Earls was recruited out of Yale by Ferguson & Stein, now Ferguson, Chambers & Sumter P.A., a Charlotte-based law firm well-known for its work in civil rights law. Earls was enticed by the opportunity to work with famed civil rights attorney Julius Chambers.

“He was brilliant, strategic and committed. He was effective because he took the time to understand the other side’s arguments better than they did,” said Earls.

“Integrity, hard work and the relentless pursuit of equal justice are the values I learned from Julius Chambers. He was courageous, whether standing up to the people who firebombed his law office and his car when he was litigating school desegregation cases, or standing up to Justice Scalia who grilled him on the question of what it means to have your vote diluted as an African-American.”

During her legal career spanning 30 years, Earls has followed in the trail blazed by Chambers. She has worked on cases involving employment discrimination, voting rights, redistricting, and discrimination in the criminal court system. Her resume includes serving as a deputy assistant attorney general for civil rights at the U.S. Department of Justice in the Clinton administration and the director of the voting rights project at the nonprofit Lawyers Committee for Civil Rights Under the Law.

In 2007, she founded the nonprofit Southern Coalition for Social Justice in Durham. She served as its executive director until last year when she stepped down to run for the high court. The coalition has argued a wide variety of equal justice cases for minorities.

Anita Earls is down to earth and approachable. Her young campaign staff has the energy and rah-rah ethos of a grassroots organization.

PRINCIPLES OF JUSTICE, EQUALITY AND FAIRNESS

North Carolina’s judicial system is becoming increasingly politicized, from the growing number of judges required to declare a party affiliation to the growing tide of special interest donations to judicial candidates. Earls is an “unapologetic Democrat” prompting the question if she would use the Supreme Court as a soapbox.

“I think the relevant question is what is the state of the law with regard to those issues, my personal views or personal goals do not matter. First and foremost, an appellate judge must uphold the principles of justice, equality and fairness,” said Earls.

“The court is not a policy-making body, the role of the court is to apply the law fairly and equally in every case. The Supreme Court is a last line of defense for our citizens. It acts as a check against the other two branches of government.”

Earls uses the phrase “Keeping NC’s Court’s Fair and Independent” in her campaign materials. She elaborated that, “the court is independent when the judges or justices rule based on their best judgement of what the law requires independent of influences of special interests, moneyed interests, power … it is the exact opposite of a circumstance where the court feels intimidated and feels like they have to rule in a certain way to keep some special interests happy. The concept of equal justice under the law, applying the law equally to everyone, is what we need from our courts.”

Anita Earls is married with two children – Dylan, 33, and Chad, 25 – and two grandchildren, Freya, 6, and Evan, 2. Accordingly, she recognizes that the decisions the Supreme Court makes now will impact future generations.

“It gives me an appreciation for the challenges families face,” she said.

“As a judge, my personal views are not relevant to how I would rule in any particular case and I would apply the law as it exists to the facts in each case,” Earls said. “I believe a good judge is faithful to the rule of law and applies legal precedents with integrity and intellectual honesty. When precedent is well supported and clear, an appellate judge must follow that precedent even if they wish the law were different.”