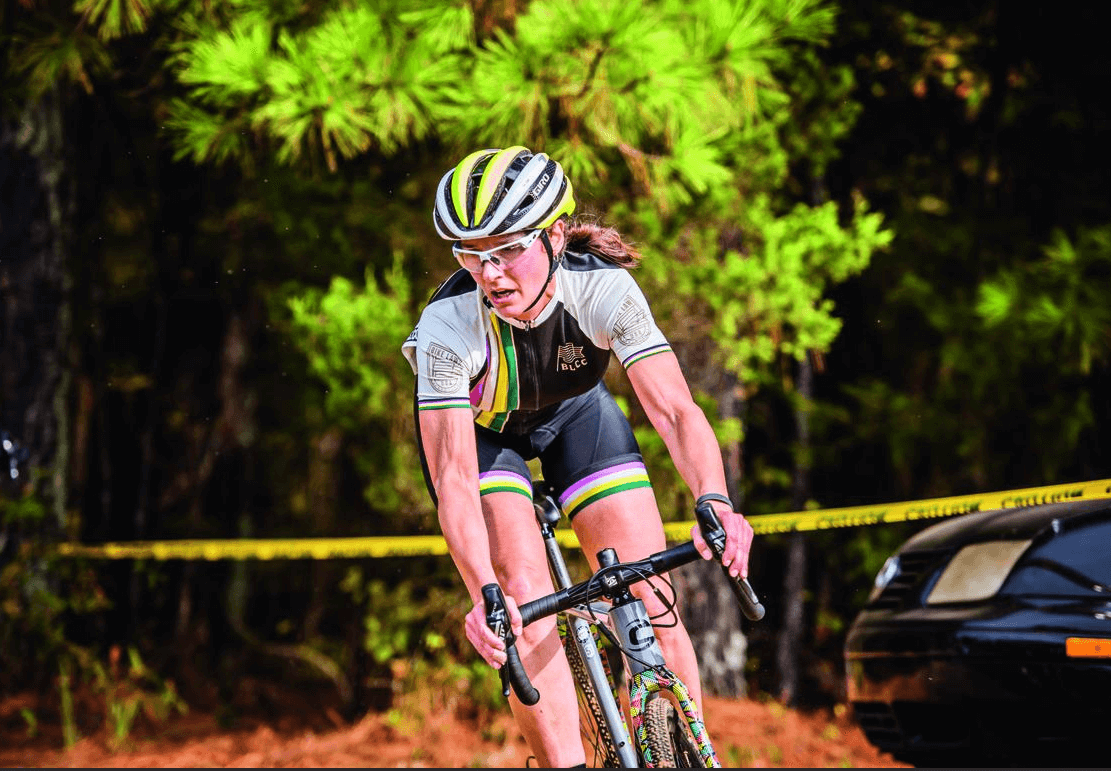 In a perfect world, personal injury attorney Ann Groninger wouldn’t have any clients. She is an avid bicycle rider, a leading advocate of bike safety and a partner at Charlotte and Durham- based firm Copeley Johnson & Groninger PLLC where almost her entire practice is representing bicycle riders who have been injured.

“North Carolina is a great state for riding, but we have a lot of work to do to make it as safe as it can be. In the meantime, my goal is help bicyclists and their families understand their rights and navigate the insurance and court process when things go wrong,” said Groninger.

The League of American Bicyclists reports that bicycle commuting has risen by 62 percent since 2000. At the same time, distracted driving and traffic congestion are on the rise, creating a greater potential for negative or even dangerous motorist-bicyclist interactions.

“Most crashes happen at intersections,” said Groninger. “I would say the main causes of bicycle-motor vehicle crashes are driver inattention, driver’s lack of awareness and understanding of bicycle behavior, the fact that most of us are going to follow traffic laws, and, a distant third, lack of communication between drivers and bicyclists. Most motor vehicle drivers and some bicyclists don’t really know what the rules are about how they are supposed to interact.”

“Bicycling has been a lifelong passion. Growing up in New York, New Jersey and Michigan, I was always a bike rider as a kid. I was always trying to ride further and longer. I left home on my bike in the morning, rode around all day and didn’t come back until dinner,” recalled Groninger.

Groninger graduated from Michigan State University with a degree in engineering but did not see herself in the corporate world where opportunities existed at the time.

She instead went to law school, earning her Juris Doctor from Tulane University Law School. She served as criminal defense attorney for the Cumberland County Public Defender’s Office before going into private practice. Over time, she migrated from a variety of personal injury cases to almost exclusively representing bicyclists.

“After I finished law school in 1994, I started mountain biking and a few years after that got into road riding. A few years ago, I started doing cyclocross races. I ride to work every day and ride with my 8-year-old, Max, to school and around town. Most places I go, including my office, are within two to three miles. I don’t have to worry about parking, and it’s the easiest way to get around. I can’t imagine my life being stuck in a car all the time. My whole social structure revolves around my cycling friends. I love the camaraderie of a group ride out on the road or bombing down hills on my mountain bike.”

I UNDERSTAND WHAT THE CYCLIST DID

“Sometimes attorneys will send me bicycle injury cases that they can’t do anything with because it looks to them like there’s negligence on the part of the cyclist. Sometimes I will look at the case and say this is exactly how I would have acted,” said Groninger.

“I’ve been riding myself for so long I can go and look at a particular location where a crash happened and understand why a bicyclist did what he or she did. And I also understand the defenses that are going to come up and I’ve seen them over and over again. For example, a lot of people don’t understand why bicyclists would ride in the middle of the road. It depends on the circumstances but experienced bicyclists know that a lot of times the middle of the road is the safer place to be. The defense also always brings up visibility issues and we have learned ways of dealing with. We work with different expert witnesses, particularly experts who have knowledge about bicycling and are sometimes bicyclists themselves and that’s helpful.

“I have handled car crash cases in the past and occasionally still do,” she adds. “There are just different issues in terms of how a bicycle is handled and why bicyclists would act a certain way.”

Groninger sometimes taps her degree in engineering in a case. “I’m able to figure out how the puzzle pieces fit together.”

As for injuries, “unfortunately, we do see a lot of injuries and they range from short-term concussions to longer-term head injuries to fatality and everything between,” said Groninger. “Often our challenge is helping non-bicyclists understand why bicycling is so important to our clients and what a big deal it is to them when they physically cannot take part in the activity that they are so passionate about.

Groninger wrote the Ride Guide as a resource detailing rules of the road for bicycle riders for North Carolina’s bicyclists, motor vehicle drivers and police officers. Among the guide’s messages is, “communicate and alert drivers on the road about what you’re going to do through signaling. Don’t do things like ride all the way over to the right and then at the last second try to make a left turn. Make sure your actions are clear. The more you act in an expected way the safer you are going to be because drivers know what you are about to do.”

“Based on the cases I have handled, we need a lot more education in schools for drivers and for bicyclists who both can learn to interact better to improve their own safety,” said Groninger.

“I’d love to see a lot of people on bikes and I want to see drivers be more patient and less distracted. Ultimately, the goal is to make riding safer and more enjoyable. I want to feel comfortable with sending my 8-year-old son out riding around neighborhoods by himself.”