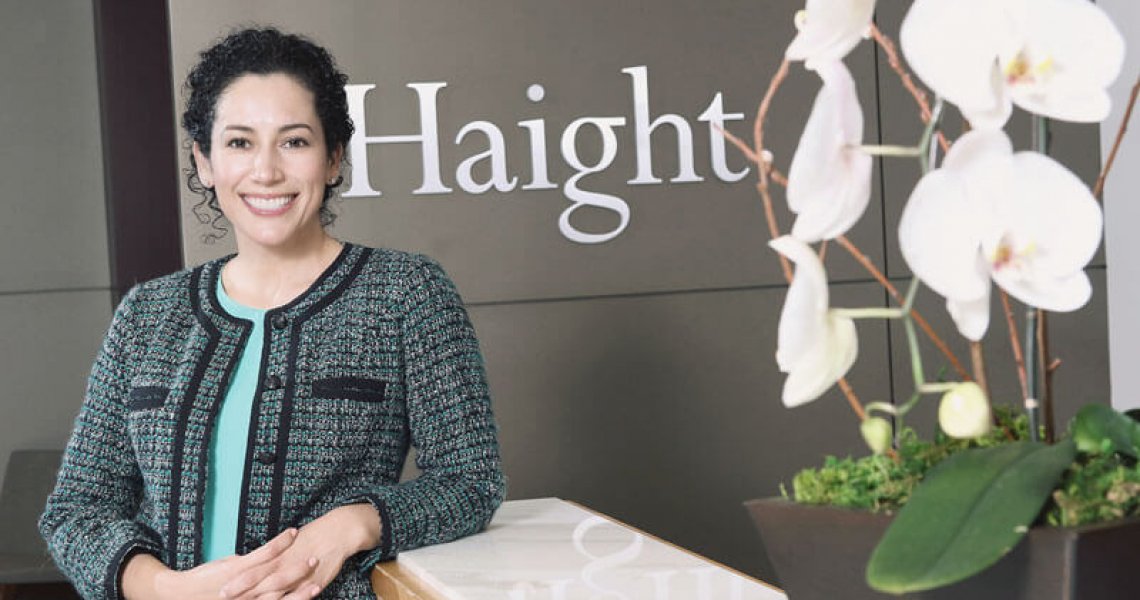 For many attorneys, the law firm is simply a place to practice their profession. For Annette Mijanovic, it’s a place to call home.

Mijanovic, a recently named partner at Haight Brown & Bonesteel, has never practiced at any other firm and plans to stay put indefinitely. But that doesn’t mean she has her feet up on the coffee table.

“I’ve never been one who enjoys the easy work,” says Mijanovic, whose pendulum of cases swings between business litigation, product liability and transportation law. “The folks who trained me did not allow me to take any easy roads here at the firm.”

Those folks were the three partners at Haight she worked for as a summer associate at the firm after her first year of law school. And the disciplines she practices now were theirs.

“When I came in I had very little say about the types of projects I did,” Mijanovic says. “I did what was given to me.”

At the time, Haight didn’t have a formal program for summer associates—Mijanovic had simply been referred by an attorney who worked there—so when summer was over and it was time to go back to law school, she approached one of the senior partners.

“I said, ‘I start back at school on Monday, so I’ll only be coming in on Tuesdays and Thursdays now,’ and the partner said, ‘OK,’” she explains. “So I just kept working, part time, while I was in school. Twelve years later, they still haven’t gotten rid of me!”

Learning to love what came her way these years, she believes, is what made her grow as an attorney. That and high expectations from the three main partners, who are known to be the most demanding in the firm.

“They gave me extraordinary opportunities very early,” she adds. “Most folks would not have recognized them as opportunities; they would have seen them as challenges that could not be overcome. I really tried to see everything the firm gave me as an opportunity.”

Two of those opportunities came in the form of letting her try two cases by herself as a third-year —first as a defense attorney in a trucking case and second as a plaintiff attorney in a business litigation dispute.

“Allowing a third-year to try a case by herself is just unheard of in defense firms,” she says. “I won them both.”

She says she soon developed a passion for the three partners’ areas of law, especially the business litigation work.

That might also be said of another third of her casework: truck accidents. Haight is part of an organization called ALFA International, which provides immediate, 24-hour, 365-daya- year legal representation for trucking companies and their insurers in the event of a significant or catastrophic crash.

For Mijanovic, who was asked to be part of the team as a young associate, that can mean interruptions in the middle of holidays, on vacations away and in the middle of any weeknight to drive to the far reaches of the Southland—often to remote desert highways—to interview drivers involved. She is always on call and ready to take one.

“There’s no question that there’s sacrifice,” she says of the role. “But from the outset, I really made an effort to do more than sit at my desk, bill my hours and pick up my paycheck.

“It was a hands-on approach to getting myself more involved in things the firm was doing and also getting involved with AFLA International,” she says. “I made an effort to make myself more available to the programs the firm was offering, and it also helped put my face out there.”

Again, she says, attitude was key to taking on the extra work.

Another opportunity putting Mijanovic’s face out there is running the Little Red Schoolhouse continuing-education program at the firm, which was started by Bill Haight in 1972 for in-house attorneys to expand their knowledge. She comes up with topics and lines up presenters, and she presents some of the classes herself.

A year-round program offering two courses per month on Wednesdays at noon, she explains the fall courses are particularly ideal for first-year lawyers and current clerks who haven’t taken the bar exam yet. When the new year starts in January, the syllabus is targeted toward more advanced, niche topics for the senior associates and junior partners.

“Personally, me taking over the Little Red Schoolhouse is right in my wheelhouse,” she says. “It was the natural next step after creating the firm’s mentorship for newly minted lawyers.”

Mijanovic, recalling her own stumbles as an junior associate, had sought to streamline the now-more-formalized training and mentorship of new attorneys at the firm.

“As a first-year associate, I had to walk into the managing partner’s office and ask him what I thought were dumb questions,” she says.

Speaking with other associates, she realized they felt the same way and a better plan was born. Today, junior associates are officially assigned to individual senior associates who can answer all their questions.

“It’s decreasing the amount of stress to the folks who need training on the fundamentals,” she says, “and it’s saving partners from having to train the younger folks.”

Even as a younger folk herself, Mijanovic was drawn toward practicing law. The daughter of immigrants with no women professionals in the family for guidance, she set her sights toward the career as early as junior high. She took her first case—representing herself—shortly after she moved out on her own at 18, suing her landlord for retaliatory eviction of her and her sister, with whom she lived.

The day of the court proceedings, the landlord claimed he wasn’t ready and the judge agreed to reschedule the hearing. That didn’t sit right with Mijanovic.

“I said to the judge, ‘He was served; he knew of this complaint. We can’t afford to take more time off work for this. He should have been prepared,’” she recalls. The judge turned to her with a smirk on her face and the case went forward.

“That feeling I will never forget, and that’s when I knew I wanted to do that for the rest of my life,” she says. “I won that small claims trial, too.”

It was around this time that Mijanovic met her future co-workers at Haight. The attorney who got her in as a summer associate? Her now-husband, fellow Haight partner Krsto Mijanovic, whom she started dating at 19 when she was an employee at a retail store and he was a customer persistent for a date. They’ve been together now for 18 years and share a 2-year-old son.

“I attended one or two Christmas parties with Krsto and met everyone before I was actually in law school,” she says. “When I was in law school, I asked them, ‘So, are you guys going to let me work here?’

“I always saw and knew the firm in a different way from others who came over as laterals and didn’t have any association with the firm,” she adds. “It has kind of always been my family.”

And now she’s an even more important member of that family. Promoted to partner in January 2019, Mijanovic’s workload has increased further because now she devotes time to helping run the firm, but that’s about all that has changed.

“I don’t feel a significant difference because I never saw myself as just an associate and I never treated the firm as just my place of employment,” she says. “Absent the title change, I don’t believe I acted any different in how I approach the work I do or how I see my role at the firm and my investment in the firm.”

It’s not a job for anyone, nor is it a place for everyone, she says.

“I think you have to have a calling to do this kind of work,” says Mijanovic. “It requires a lot of sacrifice, and putting the clients’ and firm’s needs ahead of your own.”

She says that in observing the people who have been at Haight for decades, she believes they have the calling, too.

“I wanted to find a career and a place to work that felt like that,” she says. “Haight was it. In my heart of hearts, I know I am exactly where I am supposed to be.”