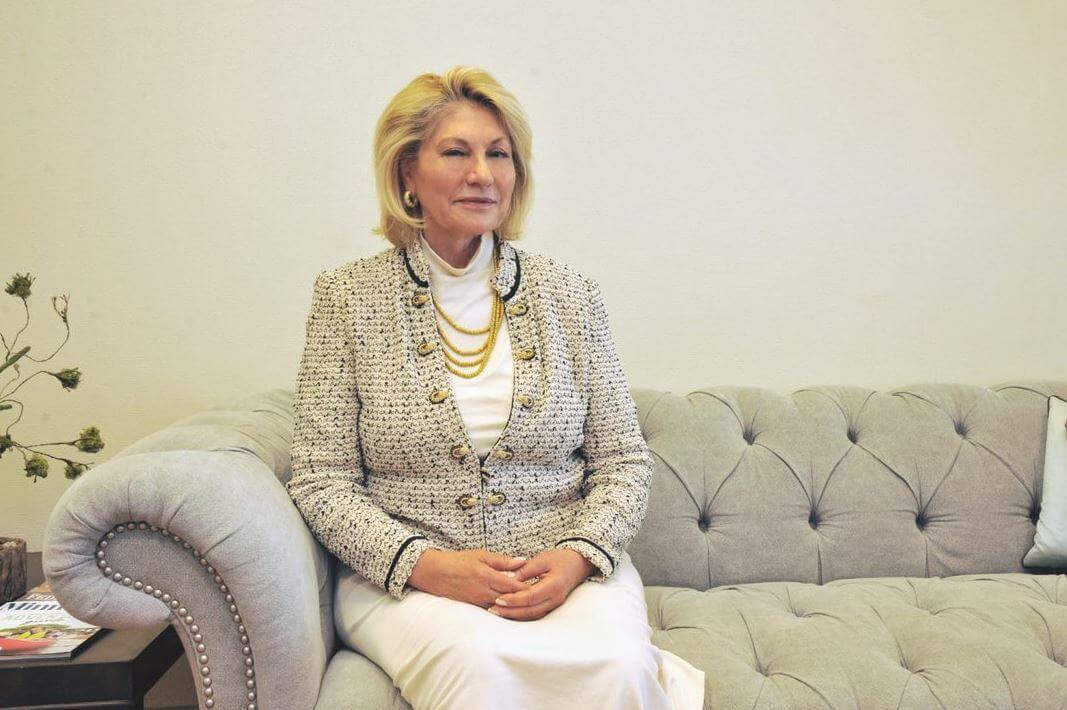 Barbara Podlucky Berens: A Decade of Making a Difference

This affirmative spirit has accompanied Berens throughout her career from securities trader, to lawyer, to majority shareholder in the firm that bears her name – Berens & Miller P.A. And it is likely one of the things her clients most love about her. When you’re going into high stakes battle in the courtroom, you want someone on your side who is smart, tough and determined to win. Berens is all these things and much, much more.

One of six children, and also the oldest and the only girl, Berens jokes that she grew up telling men what to do. While gender roles were otherwise traditional in her home, with a stayat- home mother and a father who supported the family as an elementary educator, she says her father gave her the gift of never feeling inferior because she was a woman. From childhood, Berens aspired to be a lawyer like her TV hero, Perry Mason, and she saw no reason why she couldn’t accomplish it.

After law school, Berens followed her husband’s advice and began her legal career working as a judicial clerk. “I had the luxury of clerking for Judge David Doty on the federal bench here. I ended up working with him for almost four years and was eventually appointed as a special master for the National Football League and the NFL Players Association. It was just the best experience of my life. I was so fortunate to have that opportunity.”

Next, Berens did a stint as a big firm associate, where she participated in high-profile litigation and ran a large team of associates and others preparing for one particular matter. With that experience under her belt, she went on to do what she always intended, practice with her husband. “To this day, even though he’s now retired, we talk law and he helps me on cases. He’s been such a marvelous mentor to me, and we did practice together for a brief amount of time. I always tell people, we couldn’t clean the basement together, but we practice together beautifully.”

Berens eventually took over the firm from her husband and his former partner, and during the decade since, she has made it her own. She practices under the banner “Small Firm, Big Cases,” with four other attorneys and one attorney of counsel, representing an array of business clients from health care insurance providers to professional sports associations, helping them reach resolution in complex matters both inside and outside the courtroom. Her client list reads like a who’s who of Fortune 500s and large employers with a business presence in Minnesota.

“I do my best work in complex litigation, and I do mostly defense work,” Berens said. “I like to be hands-on and learn about what my clients do. I love business, and over the years I’ve learned so much about things I would otherwise know nothing about, like cranes, oil refineries and construction. I’ve done regulatory work in insurance and securities, and antitrust work principally in professional sports, but in other industries, too. I also serve as outside general counsel for one company, who retained me after we tried an antitrust case brought against them and won it.”

With her expertise in both finance and law, clients trust Berens’ sagacious and unbiased advice. “One of the values we bring as outside lawyers to a corporation is our level of impartiality. When a client is sued or is suing, it’s close to their heart. They may want to do things that aren’t in their long term best interests in litigation. I have the experience and skill to sit them down and say, ‘I hear your point, but let’s talk about handling it this way.’ It’s rewarding when someone comes back later to say, ‘That was absolutely the right call.’“

Berens says she loves to win. Her trial record proves it, and through her successes in the courtroom, she has helped to shape Minnesota’s whistleblower and employment standards. But she remains indomitable in the face of defeat. “I know that part of my job is losing. Anybody who tries cases knows you lose some. It’s the way it is. But I like that notion of going into battle and doing the best I can for a client, minimizing or eliminating their losses.”

Sometimes, Berens steps outside her usual repertoire of business litigation to represent an issue she feels passionately about. “Right now, one of the cases closest to my heart is for a woman who was raped twice at Carleton College. I brought this case in 2016, before the MeToo movement. Normally, I don’t do this kind of case, but it was a cause I felt strongly about. My friend says that different decades of your career mean different things. I’m in the decade where I want to make a difference. An issue like this is not just about money.”

Berens is also making a difference by simply showing up each day and being herself, as she continues blazing a trail for the women coming behind her in the law. Her firm belongs to the National Association of Minority & Women Owned Law Firms (NAMWOLF) and was recognized by that organization as Firm of the Year for Excellence in Diversity in 2013.

Throughout her career, Berens has often experienced being the only woman in the room. But she sees that as a “tremendous advantage, because you have a viewpoint no one else has. I’m a firm believer that, in large part, we manifest our own destiny.”

With her typical matter-of-factness, Berens expressed her feelings about the still limited number of women in firm leadership and litigation. “In law school, about half of my classmates were women. But those who became first chair trial lawyers I can count on one hand. I see more women getting positions of power in corporations and government, but there are still only a few of us running our own trial teams. I always accepted that I’d have to work harder and be smarter. I don’t resent that. It’s just the way it is. I love the people with whom I work, and we have a totally safe and supportive environment. How many women can say that?”

After busting through more than one glass ceiling in her career, Berens is far from jaded about her roles as a professional woman and a lawyer. Her love of the law has never diminished, and she comes to her profession with a heart of gratitude. “I feel blessed to live in this country — not just to be a woman in the U.S. I realize how important it is that we have the legal process we do, that we have the ability to go to court and tell our stories, and have an independent group of folks who are similar to us decide our disputes in an orderly fashion. I firmly believe in the legal process, and as a firm, we try to do the best we can within it. Judge Doty used to be a trial lawyer, and I came to work for him early in his tenure as a judge. I remember he said, ‘When I was an advocate, I thought maybe juries got it wrong. But as a neutral, I realize juries get it right 99 percent of the time.’ As a trial lawyer, I love being part of that. To me, there is magic in the jury process.”