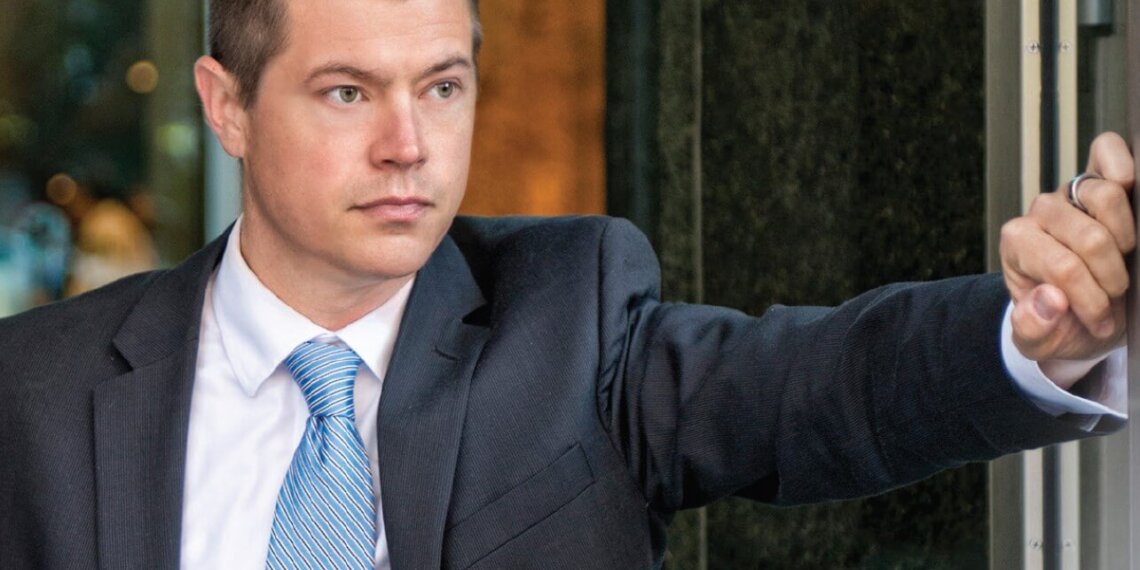 Water burbled softly along the California creek as 9-year-old Benjamin Hiltzheimer, his brother and their friends jumped innocently from stone to stone. Suddenly the police burst out of the surrounding woods, chasing the boys away.

The tone of such early encounters with law enforcement had a lasting impact on the Raleigh criminal defense attorney. “We weren’t hurting anyone, and it wasn’t like we were plotting to unravel civilization. We were just kids having fun,” he said. “I may have articulated my reaction differently then, but I did know from an early age that I had a different view of the role I believed law enforcement should play in our society.”

“Police power has long since overstepped its intended role in America,” Hiltzheimer continued. “I think liberty is essential to the human experience, and our police have become too comfortable entering our homes, interfering with our travels, and using unnecessary force. If the founding fathers could know that the hemp on which the Declaration of Independence was drafted is now itself illegal to grow, as collateral damage of an ill-conceived drug war, and that there’s a sobriety checkpoint every Friday and Saturday night designed to intrude in the affairs of every citizen without evidence of any crime, they would roll over in their graves.”

Hiltzheimer, a graduate of the University of Georgia with bachelor degrees in philosophy and cognitive science, also a self-described computer geek, stuck his toe into a number of high-tech ventures before feeling the tug of the law. “My chosen profession is driven by a mission to push back on abuses of power, on behalf of the less powerful,” he said.

Hiltzheimer attended The George Washington University School of Law where he was involved in a series of social justice projects, including a summer at nonprofit Public Justice, and clinical work on Jonathan Turley’s Project for Older Prisoners. “My work throughout law school focused on how injustice in the American system disproportionately affects the poor,” he said.

After graduation, Hiltzheimer joined the Public Defender Service for the District of Columbia (known locally as simply PDS). The agency operates on a $40 million annual budget, and was created by Congress with the task of becoming a model for public defender’s offices nationwide. U.S. Attorney General Eric Holder would later declare the district’s PDS as “the best public defender’s office in the country.”

PDS defends clients charged with violent and serious crimes in Washington D.C., one of the roughest cities in the nation for violent crime. “We had the resources to provide high caliber representation to the poorest people charged with crimes. It was the best representation money couldn’t buy,” Hiltzheimer said. “It is too often the case that the rights we have are a function of the quality of lawyer we can afford. That wasn’t the intent of the Bill of Rights.”

While with PDS, Hiltzheimer concentrated on comparative forensic sciences such as DNA, fingerprints and ballistics. “Police would find a gun and attempt to link it to their suspect through a fabricated pseudo-science concocted by law enforcement. We had a team of scientists on call who would pick apart their analysis until there was nothing left,” he said.

Hiltzheimer also worked on a collaborative project with The Innocence Project during his time at PDS, examining the systemic causes behind wrongful convictions nationwide and working to integrate scientific research on these findings into trial practice techniques. “One common thread that runs through all of the leading causes of wrongful conviction is the bias of police and prosecutors as they collect evidence and build their case, often pressuring witnesses and other players to adopt a specific theory. Eyewitness memory becomes tainted, innocent people confess to crimes they didn’t commit, and false conclusions are drawn in forensics labs.”

“Police and prosecutors often believe they have the right guy early on in a case, but then develop tunnel vision around that theory to the extent that they toss out everything that conflicts with it. Including, in many cases, the truth.”

Hiltzheimer said his trial and forensic training with PDS serve him well with his current practice defending clients charged with DWI because of his background challenging complex forensics, where science and criminal law overlap.

“My training at PDS gave me the tools to challenge evidentiary claims made in a DWI case, including the reliability of a breathalyzer machine, the relationship between a number and physiological and mental effects, or the significance of a poorly conceived field sobriety test.”

Hiltzheimer and his wife of eight years, Kristin, met at the 11th Annual Rebellious Lawyering Conference at Yale where they discovered they shared the same views on social justice.

While Hiltzheimer was still in law school, Kristin moved to D.C. from Brooklyn and took a job teaching at an inner city school for homeless youth. “She worked with kids who lived in the most unstable home environments you could imagine, and she was so committed to those kids,” said Hiltzheimer. “From there she took a job as an investigator with the Children’s Law Center, working with inner city kids in the foster care system. We both worked with basically the same population, in different roles. Our work gave us a direct window into the reality of poverty in our own town.”

Their Washington experiences gave them a unique insight as they now raise their own three children. “A lot of the kids Kristin and I worked with in inner city DC saw nothing but hopelessness around them, by no fault of their own,” said Hiltzheimer. “Reality for our kids is very different, and we try to build that perspective into the lessons we teach them, as we attempt to guide them to become good citizens of a world with many inequities.”

The Hiltzheimers moved to North Carolina a few years ago for “more trees, cleaner air, open spaces and a slower pace of life – and great music.”

Kristin was recently sworn in as a guardian ad litem in Durham, where she serves as an advocate for local children in the foster care system. As Hiltzheimer grows his practice, he hopes to establish a pro bono project focused on combating what he calls “big picture issues” in the local criminal justice system.

He repeatedly returns to the theme that started him on his life’s path – the role of law enforcement in our daily lives should be refocused and reduced. “The balance of power in America has tilted away from the liberty of the individual in favor of a more intrusive police power, as we can see in the slow erosion of the Fourth Amendment in our courts,” said Hiltzheimer. “We’ve traded away a lot of liberty in favor of perceived security, and we should all be concerned about what we’ve given up to get to where we are today.”