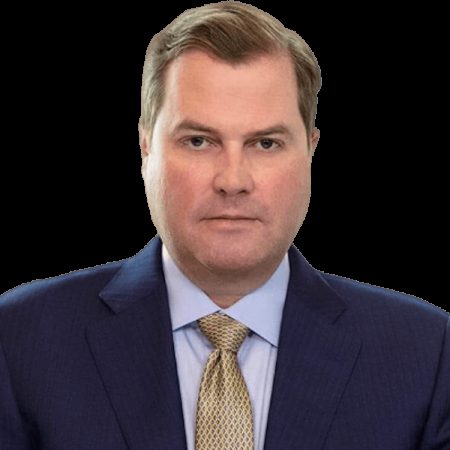 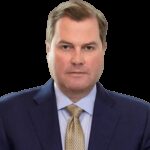 Brian K. Harris is the managing partner of Harris & Harris Injury Lawyers based in Las Vegas, Nevada. He has practiced personal injury law cases since 2000. Throughout his career, he has been recognized for his success from his admission to the Muli-Million Dollar Advocates Forum to his Top 100 Lawyers in Las Vegas award.

How Brian became a lawyer. At the age of 13, Brian was taught by a successful lawyer. He was impressed by his ability to effectively communicate with the class and the manner in which he articulated the subject. He decided to pursue an education in the law.

“I desired to represent individuals who were less fortunate.”

Brian’s path to personal injury law. Fresh out of law school, Brian passed the Utah State Bar and accepted a position as the Washington County Public Defender in St. George. He managed a large caseload and cut his teeth as a litigator. Unlike many young attorneys, he was given the opportunity to try cases to verdict quickly.

He had found his niche.

Brian’s philosophy for personal injury law. For Brian, it is all about preparation. He approaches each case with strong negotiation skills and a readiness for trial no matter the case. He has earned his reputation as a tenacious litigator and negotiator.

The origins of Harris & Harris Injury Lawyers. After gaining experience as a public defender and with a local personal injury firm, Brian knew it was time to hang his own shingle. In 2004, he founded Harris Schwartz. In 2008, he founded Harris & Harris Injury lawyers with partner and fellow personal injury lawyer, Heather Harris.

Why did he strike out on his own? “It’s the American way – a desire to own my own business and helping others.”

The highlight of Brian’s workday. Brian enjoys working on each case and strategizing with the rest of the firm to find the right path forward.

Brian in the community. In the legal community, Brian has been an active member of various organizations since he passed the bar and served on the board of governors for the Nevada Justice Association. Locally, Brian is involved in several organizations including Make-a-Wish, the Folded Flag Foundation, and PAWS, a nonprofit dog rescue.

Brian’s proudest accomplishment. “Compensating clients who fall victim to unfortunate injuries as a result of someone else’s conduct.”

Brian outside the office. Brian enjoys spending time with his family, watching (and attending) Las Vegas Golden Knights hockey games, and playing golf. He is currently training for his first Spartan race and looks forward to many more.

What Is a Las Vegas Personal Injury Attorney?

As you go about your daily routine, it’s likely you will come across scenarios where you could suffer an injury. Maybe you are grocery shopping, dining at your favorite restaurant, or driving in your car. A Las Vegas personal injury attorney represents those who have been injured because of another party’s carelessness, negligence, or willful disregard of others. These wrongful acts are more formally referred to as torts. When you suffer harm as a result of another party, you shouldn’t have to shoulder the financial burden which often accompanies an injury because of medical expenses and lost wages. A licensed personal injury attorney in Las Vegas can help you seek the compensation you deserve in civil court. Although personal injury attorneys deal with tort law, they often specialize in one or more areas. The following list is not exhaustive but includes three broad types of cases Las Vegas personal injury lawyers handle on a day-to-day basis.

Each year, the National Highway Transportation Safety Administration (NHTSA) estimates more than six million traffic collisions are reported to law enforcement, including more than 35,000 fatal crashes, and about 2.5 million injuries. A skilled Las Vegas accident attorney can help investigate your accident and build a strong case against the defense to hold at-fault drivers accountable. Traffic accidents can include truck accidents, motorcycle accidents, bicycle accidents, and pedestrian accidents. When high speeds are involved, victims who are lucky enough to live through an accident, potentially face lifelong complications.

With how many fatalities and injuries happen every year due to personal injury accidents, it is good to have a Las Vegas personal injury attorney on dial in your time of need. Many accidents have a procedure to follow to guarantee you the best results in your case. Don’t trust your knowledge, schedule a free consultation today.

What clients in Las Vegas are saying about
Brian Harris

Margaret LaBella
17:23 08 Mar 21
They have been wonderful and has exceeded my expectations. This firm has treated me like family from the start and advised me and stayed In touch throughout this process . I would give the 10 stars if I could..............jc

james chaisson
19:47 05 Mar 21
Highly recommend this law firm they assisted me in my time of need Amparo was highly efficient and customer service was Immaculate I will never regret my decision of going to them they got my case handled very fast

Joseph Guzman
18:19 04 Mar 21
5 out of 5! Excellent work and amazing customer service. I will recommend Harris & Harris Injury Lawyers to anyone involved in an accident.

YT_Super_Hiya Hi
21:11 22 Feb 21
I would completely recommend! The most professional and helpful staff. Wonderful experience. 😊

Get Legal
Advice From
Brian Harris