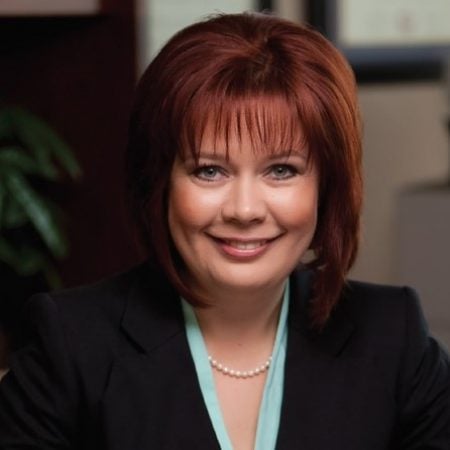 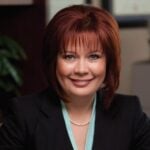 Maria Jones dedicated her entire life and career to serving immigrants from around the word by providing the best legal services to everyone in need. During her years in practice, she and her staff have been helping immigrants to achieve their goals so they can live their dream in the United States of America.

Ms. Jones was born and raised in Moscow, Russia. At the age of 21, Maria moved to the United States from Russia. She went through a lot of obstacles in her life, but never lost her desire of becoming an attorney so she can make a difference in people’s lives. She came from a middle class family who always supported her in everything she did, however they could not afford to pay for her law school education. Maria never lost hope and was praying for the right path in life. Through her hard work and scholastic achievements, she was awarded a scholarship that enabled her to complete law school where she was an outstanding student and a group leader. As a result, she graduated from the Moscow State Law Academy with highest honors in the top 5% of her class and was elected to be a valedictorian at the graduation ceremony of the entire law school.

“If it wasn’t for a struggle and difficulties that I endured, I would not be where I am today,” says Maria looking back at her years. “I am very thankful for people who challenged me and circumstances that made it hard to go forward. But only because of them I can really appreciate life in the United States and it makes me desire even more to help others to achieve their dreams!”

In 1997, Maria immigrated to the United States where she attended the Law School at the University of Arizona and obtained her Masters in Law (LL.M.) in 2001. Ms. Jones is admitted to practice immigration law in all 50 states. She is also a proud member of American Immigration Lawyers Association (AILA) and a former Chair Woman of the Immigration Section of the State Bar of Arizona.

A Phoenix immigration lawyer focuses specifically on the area of law which deals with the movement of people in and out of the United States, especially as it relates to visas and residency. Immigration law is a practice area that is governed by federal law, so whomever you choose to represent you does not need to live in the same state where you reside. Yet, you probably know that United States Immigration law is not only complex, but it can also change quickly depending on the political climate.

In most travel visa situations, you may not need an immigration attorney to represent you. Yet, in cases which involve temporary or permanent residency or citizenship in Arizona, hiring an immigration lawyer in Phoenix can save you from costly mistakes and help you more successfully navigate whichever process you need to complete.

When Do You Need a Phoenix Immigration Attorney?

Most immigration lawyers in Phoenix offer free consultations or a minimal fee to evaluate your case. When in doubt, it’s in your best interest to schedule a consultation. Some common scenarios which typically require the expertise of skilled immigration attorney include:

What clients in Phoenix are saying about
Maria Jones

Maria Jones Law Firm
4.4
Based on 445 reviews
Maria Jones Law firm has helped my family so much in our cases. I am glad I found them. They provide excellent customer service and always address any concerns or questions that I may have. I highly recommend them!

irma gomez
18:38 13 Dec 19
Everyone in the office is courteous, friendly and knowledgeable. The phone is always answered and they go out of their way to accommodate you. The firm is also affordable and always open and honest with fees. Thank you for all you do!

Armando Sarabia
22:46 06 Nov 19
My husband and I want to thank Maria Jones Law Firm for helping us through the Immigration Process. They are truly professional and know the Law. Now my husband is in the process of becoming a US Citizen! We are very grateful and would definitely recommend Maria Jones Law Firm to anyone needing assistance. They're number one in our book.

Teresa Gutierrez
18:33 06 Nov 19
We were very impressed since the very beginning. Maria Jones and her whole staff were amazing, very helpful , very professional and most importantly, very honest! The whole process happened exactly the way she said it would.We’re really thankful for what Maria Jones and her whole staff did to help us out with our situation. We will definitely recommend this Law Firm to everyone.Again, thank you for your help Maria Jones!

Eduardo Sandoval
21:10 14 Oct 19
"Thank you, helped us so much though out the process. They have been every nice and we are greatful that everything when so smoothly. If something was not to our understanding , they are so patient no matter what." - On behalf of my mother P.S. she did not how to rate them so I helped her :). Thank you for making the process easy for her.

Get Legal
Advice From
Maria Jones

Former Chair Woman of the Immigration Section of the State Bar of Arizona.