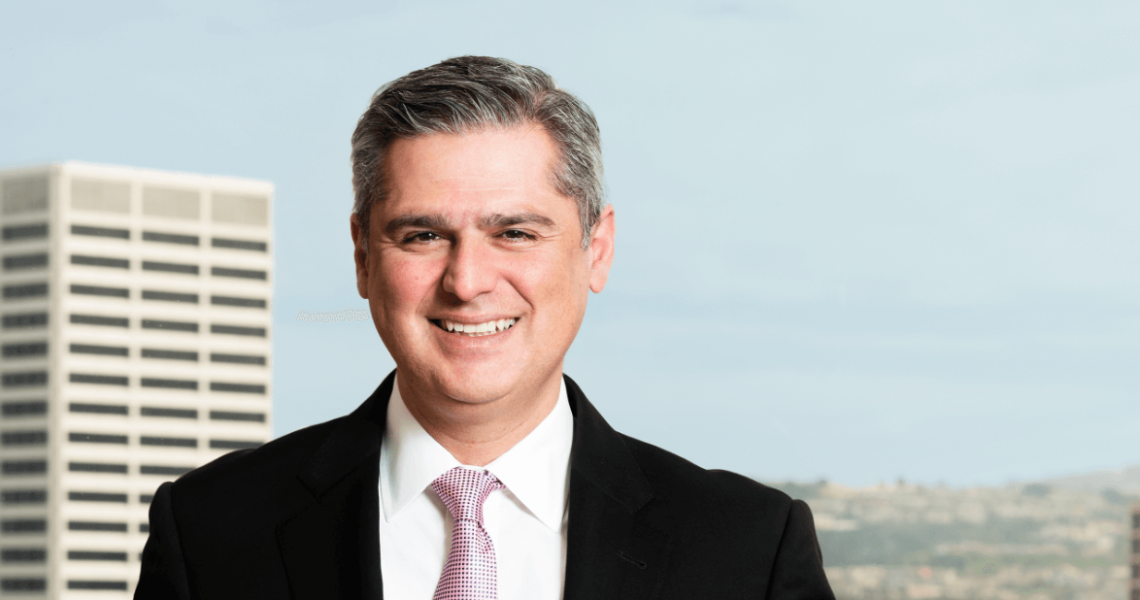 There’s no shortage of bad behavior among Hollywood luminaries, sports stars or even corporate bigwigs — to be fair, they are just as frequently the plaintiffs. Either way, just like us mere mortals, they need expert representation — the celebrity lawyer. While he’s loathe to confer this title upon himself, even a cursory glance at Bobby Samini’s client roster or record of successful settlements, effectually demonstrates that he is, in fact, its very personification.

Fearless when fighting for a just cause, Samini has even tackled Internet mammoth Yahoo, filing a class action suit against the social network for a significant data breach impacting millions of users.

Bold and fierce when the situation demands it, yet consistently calm and affable, Samini is a master of media. His resolute response when the NBA threatened to ban Sterling for life is a succinct example. Declaring his client was being “singled out” by “a band of hypocrites,” Samini concluded, “If you’re going to come after Sterling, maybe it’s time for the NBA to take a close reflection on their own conduct.”

Aligning with notoriety, however, can be a two-edged sword. The warmth of the spotlight can turn to penetrating heat in an instant. Every word, uttered or typed via text, becomes potential fodder for media outlets worldwide — both respected news agencies and scandal sheets. It’s an artful tightrope act to be sure, where one false step could bring everything tumbling down.

“Dealing with media is a required skill,” says Samini. “If you’re easily flustered, you won’t survive the barrage of tough and unexpected questions all at once. More importantly, you must develop productive relationships with individual reporters and answer their tough questions.”

In the world of courtrooms, opposing counsel, judges and legalese, according to Samini, the terms “goodguy/bad-guy” really have no place.

“It’s assumed, at least theoretically, that there are simply two sides of an argument or accusation, and through our judicial system, one will prevail,” he says. “Law schools try to instill a level of detachment, the assumption being that devoid of emotions, the intellect will prevail and present the best possible (winning) case.”

So what makes one attorney fearless and unflappable, where another (supposedly with comparable education and experience) might not appear so self-possessed? For Samini, it’s perhaps his charismatic coalescence of agility, acumen and aplomb; or, as he’s been described, “a perfect hybrid of brains and bravado,” that both guaranteed him entrée to this elite category of attorneys and immediately sets at ease clients from every walk of life.

Not all his cases are quite so dramatic or feature such prominent names. But that’s another of Samini’s notable characteristics — the capacity to easily assimilate and adjust to any person or situation. He’s equally at ease at a Clinton Foundation charity poker tournament — he attended the one last year in Las Vegas — among celebrities and renowned business moguls, as he is at a deposition in a case against arguably the biggest sports league in the world or representing a single mom whose livelihood is jeopardized by unfair treatment at her workplace. His secret weapon? An uncanny ability to sincerely relate to people from virtually every socioeconomic stratum. Having been uprooted more than once during his childhood, necessitating adapting to new people, places and cultures, has shaped Samini into an adult with compassion and empathy for others.

Esteemed, high-profile attorney Mark Geragos, Samini’s co-counsel on the infamous Zillow class action suit, says of his colleague, “Bobby’s strength is his relationship with his clients. They love him and it’s a two-way street. That unique style is founded on his all-access, all-in attitude which is infectious.”

In the heated Zillow class action suit, Samini stood unabashedly in support of employees. In fact, he was also engaged in a separate action by a female employee accusing the online real estate company of sexual harassment and age discrimination, among other things. It was evident that even this seasoned attorney found much of the evidence — salacious text messages and sexually graphic photos — particularly abhorrent.

“Zillow is the hat-trick of discrimination,” Samini says, “promoting a culture of a frat house mentality. It’s a modern day Animal House.”

These feelings of repugnance were even reflected in the language of the suit, alleging “sexual torture” and “the most heinous acts of sexual harassment imaginable.” In the end, the action was settled for an undisclosed amount.

Samini approaches every case with the same fervor and engagement. Colleagues have described him as having just one setting — intensely committed or “high-octane.”

This daring attorney, ready to cross swords and share his opinion openly, wasn’t always so outspoken. Samini was a year old when his family arrived in the United States from Iran. His father, a colonel in the Iranian Air Force, first brought his family to their new home via San Antonio, Texas, in the early 1970s, as part of a joint military program at Lackland Airforce Base. Ultimately, however, the family would make their home in Orange County, where the young Samini would spend the majority of his formative years.

“To be honest, I thought we were Texans,” Samini says with a laugh. “I was so young, and my parents had done such an excellent job of assimilating our family. My dad was in charge of this joint military operation between the two countries, revolving around military equipment that Iran was buying from the United States, so that’s how we ended up in San Antonio. My parents were of the mindset, ‘you live here, so this is your home’ and therefore wanted to make sure we were fully immersed.”

When Samini was about 5 years old, the family moved again, when his father was called back to Iran. They stayed for a year before returning to the United States.

During this time, Samini’s worldview continued to expand as he and his brother were enrolled in an international school populated primarily by students from the United States and Europe, affording them the views and cultures of a variety of different people.

“It was a very unique experience,” he says. “For me it was all positive, to be side-by-side with these other children from around the world and in such an open and inclusive environment. It was really an amazing experience.”

Shortly after their return to San Antonio, Samini’s father retired from the military and moved the family to Orange County. Samini and his brother adapted quickly to the California sunshine and ensconced themselves in their new schools. Samini completed elementary, middle and high school here, then attended UC Riverside for his freshman and sophomore years before transferring to SC and then graduating from USC.

Most people can empathize with the uncertainty of being the “new kid,” but the Saminis hadn’t just moved across town, they had left an entirely different culture, language and lifestyle behind. Though Samini would find his niche, attracting a large circle of friends and associates, and build a successful career, in those early days, he was somewhat lost. He came to depend on and look up to his older brother Keyvan.

“Kevyan was my biggest influence,” he says. “Not only did I follow him down the same path, but he also helped me every step of the way. He constantly reminded me of the things I needed to do and was always there for me when I was down and wanted to quit.”

The two brothers both attended The Ohio State University College of Law to earn their Juris Doctors.

“We were lucky to have two very strong individuals as parents,” he continues. “We saw them make major sacrifices in order to remain in the States. The focus in our household was on education and respect for others. Very simple principles.”

For the younger Samini, growing up in the United States was somewhat unique. Quite unlike the experiences of some children of Iranian parents, Samini says his home was filled with encouragement and freedom to choose.

“They were two of the most progressive Iranian parents,” he says. “They were very encouraging and positive about things we wanted to try. There was no pressure to pursue any particular career. We were left to discover our dreams on our own, but with their full support.”

Even at a young age, the characteristics that would make him such a powerfully successful lawyer were becoming evident. Describing himself as a “determined” student, Samini was drawn toward school activities such as student council. He held a variety of positions throughout school, serving as class president in his senior year of high school.

“I feel I knew from a very young age that I wanted to be a lawyer,” Samini says. “It was a career that seemed to suit my personality and skills. Law is one of the few career options that allows you to foray into so many diverse areas — dealing with the public, working in the courtroom, one-on-one with clients, research, etc. It’s the one thing that allows you to experience all these areas under one roof. Just like in school, I was particularly attracted to those things that involved social contact.”

Specializing in civil and business litigation involving high-profile clients, today Samini is certainly considered to be among the legal elite, a “lawyer to the stars” if you will. But this was not something he had in mind when he first started out.

“I think I pictured myself as being a business lawyer, but then I just found myself drawn to these very exciting cases that also just happened to have some significant media component,” he says. “One of the best parts of the job is that you learn about people. Working with individuals during one of the most stressful times in their life doesn’t leave room for deception, you get to meet and know the real person behind all the glamor.”

“I enjoy these opportunities to discuss other cases,” he says. “It’s a lot more fun and considerably less stressful when you’re not personally involved in the case. I believe that I have developed great relationships with members of the media. I’m very fortunate that they treat me as well as they do.”

With all of this media exposure and experience, people oft en ask if Samini has ever considered entering this field as a full-time career.

“It’s certainly something worth considering,” he says. “I have to admit I really enjoy that forum, the fast pace and stimulation, having to think on your feet is not unlike the practice of law. It would certainly be a tremendous time commitment, but at some point in the future I can picture myself there. The past few years have been extremely rewarding, but also challenging.”

Samini explains that with the chaotic pace of his practice, he’d like to have more time to spend with his children. “My children are my single biggest source of motivation. They constantly challenge me in ways I never imagined possible.”