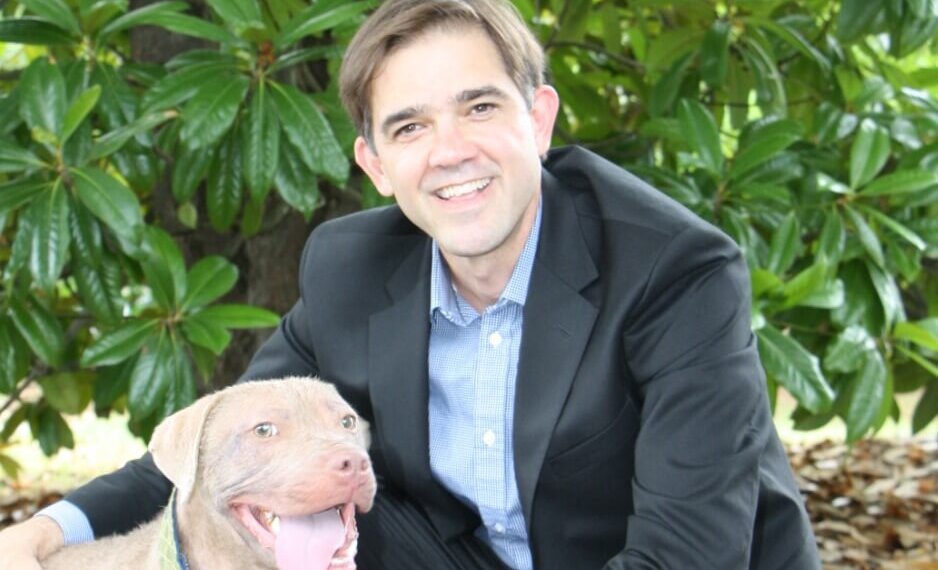 Bradley Bannon: The Power of Advocacy

Raleigh criminal defense and civil rights attorney Bradley Bannon has seen U2 in concert 10 times. A rabid fan, he was seated in front of a huge U2 poster in his office as he quoted from their song “Acrobat.”

And you can dream, so dream out loud And I know that the tide is turning ‘round So don’t let the bastards grind you down

Bannon has spent over 20 years advocating for individuals and fairness in a justice system that tends to grind regular people down. Yet still he speaks of tides turning, and dreams of systems changing for the better.

Bannon’s mother, Becky, helped inspire that dream. “Mom was a career public school teacher, and I saw growing up what she sacrificed to do that. She taught me about the worth of everyone and instilled in me a great respect for public service.”

“I’m driven by this notion that everyone accused or suspected of a crime deserves fierce representation. That means every time the government chooses to bring its power down on an individual, that power needs to be met as forcefully as possible, in order to maintain freedom and democracy and fairness in our criminal justice system.”

As an early teen, Bannon was an avid reader of true crime books. They made him want to be a lawyer. “‘Fatal Vision’ was one,” said Bannon. “It was about a Green Beret doctor convicted of killing his pregnant wife and their two small children. I remember reading how a juror said that defense attorney Wade Smith almost turned him around, in just 10 minutes of closing argument. That distilled for me the power of advocacy.”

I remember reading how a juror said that defense attorney Wade Smith almost turned him around, in just 10 minutes of closing argument. That distilled for me the power of advocacy.

After four years on his high school mock trial team, Bannon graduated from the University of South Carolina with a Bachelor of Arts in English and earned his Juris Doctor from Campbell Law School.

“As a kid, I wanted to be a prosecutor. But then I went to college. There was a definite shift as I became more educated about life, the world, systems of government, and systems of oppression. I discovered that my sensibilities and sympathies tended to lie more with the underdog.”

FANTASTIC LIES AND THE STAIRCASE

Bannon joined Cheshire Parker Schneider & Bryan after law school and still refers to Joe Cheshire as “more of a father to me than my own father.” Bannon spent 20 years at the firm, practicing criminal trial defense and appeals and professional licensing defense. Appointed and retained, he represented people accused of everything from speeding to white collar crimes to first-degree murder.

Bannon was part of the defense in the 2006 Duke Lacrosse case in which three members of the team were falsely accused of rape. Using criminal discovery statutes, he helped craft, Bannon obtained volumes of technical data and did the breakthrough DNA research that uncovered exculpatory evidence withheld by the district attorney and lab director. It helped lead to the dismissal of the case, chronicled in the documentary film “Fantastic Lies.”

Bannon continues to be an outspoken critic of how evidence is sometimes collected, handled, and tested. He appeared in Episode 10 of the Netflix hit “The Staircase,” testifying about unscientific experiments and questionable reporting by the state crime lab in another case he handled.

Asked what he hoped the public would learn from these cases, Bannon said, “The prosecution’s forensic ‘experts’ do not deserve to be treated as disinterested witnesses who don’t care about the outcome of the case. They should be scrutinized as much as any other witness for the traditional human frailties of bias and imperfection.”

Bannon recently completed his term as president of the North Carolina Advocates for Justice, a statewide organization of legal professionals dedicated to protecting the rights of the injured and accused. Speaking at its June convention in Wilmington, he said, “Our mission is to protect people’s rights no matter who is in charge of the General Assembly, or living in the Governor’s mansion, or sitting on the bench.”

In an interview in his office, Bannon spoke of those three powers and recent threats to their separation.

“Two things happened in November of 2016 that suddenly made how we choose judges a top priority for the legislature. In statewide elections, the people elected a Democratic governor to appoint judges and a Democratic judge to sit on the Supreme Court, effectively shifting that Court’s political party affiliation balance.”

“So Republican legislators, entrenched in a gerrymandered supermajority, immediately began to yank the power of judicial selection away from where the people have put it. We’ve now seen partisan efforts by legislators to reshape the appellate courts, fill judicial vacancies themselves, intimidate judges who review legislative actions, and make all judicial elections more partisan. Regardless of party, that’s not good for any system of checks and balances.”

Closer to the ground level, Bannon has spent much of his career peering under the hood of North Carolina’s criminal justice system, helping craft some reforms. But he is alarmed at the number of people incarcerated for non-violent crimes.

“If we invested more in community corrections and solutions – versus just warehousing people until they are tried or released, with little or no transitional help – our society would be safer and more productive. It’s not just about the heavy collateral consequences of conviction, but of incarceration in the meantime,” said Bannon.

“A lot of non-violent arrestees don’t have hundreds or thousands of dollars for bond. So they sit in jail losing jobs and other opportunities, away from their families, making it a lot more likely they’ll plead guilty just to get out. Wiser district attorneys and judges use their discretion and tools to keep those folks in the community, rather than mechanically seeking and imposing ‘presumptive’ bonds that mostly just enrich bail bondsmen.”

In 2016, Bannon joined Patterson Harkavy, expanding his practice to include civil rights cases involving police misconduct and wrongful conviction. The firm also represents victims of discrimination in employment, housing, voting, and other areas.

“I’ve been very lucky with law firms. For 20 years I got to practice criminal defense with the best. I still do that work, and I always will. When I started civil rights work, I was just as lucky to land at Patterson Harkavy with remarkable lawyers in a firm that has an equally strong history of fighting in that arena,” said Bannon.

“In our police misconduct and wrongful conviction cases, when I’m talking to officers, witnesses, and experts about how the system worked in any given case, I bring a perspective of knowing how it has worked for 20 years in many others.”

“But on the civil side, we get a chance to peel back the layers and ask questions we don’t normally get to ask in criminal cases about what causes individual and systemic abuses of people’s rights. No matter what happens on the back end, when someone’s rights have been abused, the system hasn’t worked. But civil rights litigation does give you the chance to ease some consequences of that abuse, and maybe even change the system for the better.”

A COUPLE OF IRISHMEN

By design or coincidence, Bannon is, in some ways, like U2’s Bono. Both of Irish descent, their desire to raise their voices on behalf of the marginalized started young, inspired by their mothers. Both are intense and passionate about human rights. They value “dreaming out loud,” but also understand another line from “Acrobat”: “In dreams begin responsibilities.”

“A lot of my dreams have come true with the privilege of a law license. But I didn’t get here by being special. Sure, I worked hard, but I also had an easier path than many. So it’s on me to continue using that privilege to help them.”

Asked to name his favorite U2 song, Bannon doesn’t hesitate to respond with another lyric that he lives by: “We’re one, but we’re not the same. We get to carry each other.”