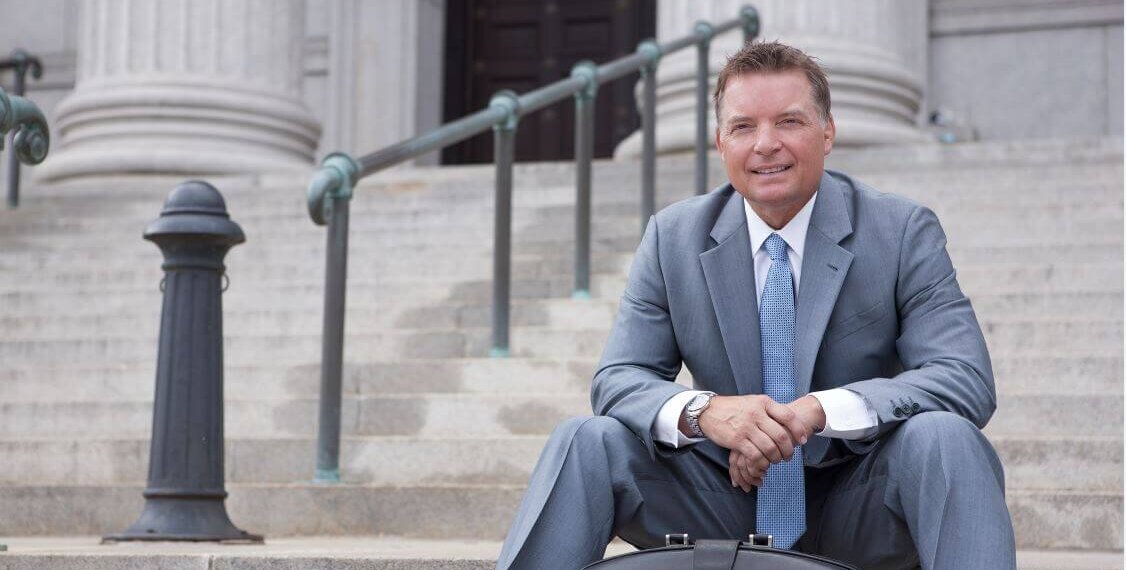 Brent Schafer: Giving Up is Not an Option

For personal injury and criminal defense attorney Brent Schafer, giving up is not an option. A solo practitioner with 25 years of practice experience, Schafer brings the same zeal and dedication to matters large and small, with winning results.

Schafer grew up in eastern Minnesota, and after a high school class focused in legal theory, he began to see a future for himself in the law. He earned his law degree from Hamline University and began his legal career clerking for a judge in Winona, where he developed a passion for the courtroom. He then spent four years as a prosecutor in Pine and Scott counties before moving to private practice, ultimately serving as managing partner for a prominent criminal defense firm.

With a father who was a career law enforcement officer and a brother who is a chief of police, some may find it ironic that Schafer ended up as a criminal defender. However, he and his family members agree that everyone plays a vital part in bringing justice, and the right result comes when each person takes their role seriously. “As a prosecutor, I took pride in doing the right thing and making sure that if I had the evidence, I got a conviction. I also had an obligation not to move forward on certain matters or to ask for reduced charges. As a defense attorney, my job is to make sure my client receives due process and a fair outcome under the law.”

In 2010, Schafer decided to go back to solo practice where he could concentrate fully on helping his clients resolve important issues. He understands that when people are in crisis, communication is fundamental to quelling their fears and providing effective legal representation. “I always felt clients deserve to have their phone calls answered,” Schafer said. “I answer my phone as much as I can because I want my clients to feel their attorney is always available. Attorneys get such a bad rap for never returning phone calls. If someone has a question at 10 at night, I answer it. I pride myself on being available and my clients always having access to me. It’s part of the reason I want to keep my practice small, so there isn’t a layer of people between me and the telephone. It limits the volume of clients I can take, but allows me to give more attention to those I work with.”

While Schafer keeps his practice small, he takes on some big cases. He was named Attorney of the Year by Minnesota Lawyer Magazine; National Trial Attorney of the Year Finalist by the Public Justice Foundation; and received the Never Forgotten Award by the Innocence Project for his win on behalf of Koua Fong Lee, who was wrongly convicted of criminal vehicular homicide aft er his Toyota Camry accelerated uncontrollably, causing the death of three people. Schafer refused to give up as Mr. Lee vehemently maintained his innocence and was finally vindicated.

“I try to draw upon these experiences every time I take on a case and remind myself I’ve been in bigger fights.”

“The family brought me in to go to the sentencing hearing after the trial attorney fell out. A year later, cases began surfacing concerning unintentional acceleration involving Toyota vehicles. As I was trying to reopen the case, I received solicitations from a number of attorneys who wanted to represent Mr. Lee against Toyota.”

Ultimately, Schafer teamed up with Texas trial attorney Robert Hilliard, and together, they were successful in getting the criminal conviction overturned. Aft er serving two-and-a-half years in prison, Mr. Lee was released to his family, and Schafer and Hilliard went on to win an $11.4 million jury verdict against Toyota on behalf of Mr. Lee.

The impact of representing a client in such high-stakes circumstances continues to influence Schafer’s approach to the practice of law. “It’s an experience I will never forget, and I’m still in touch with him. What stands out most to me is how steadfast he was in his belief that he was right. There were times he was offered the chance to go home, but with a felony on his record, and a lot of people would have folded. He said, ‘No, I’m not doing it. It didn’t happen that way.’ I learned a lot about myself and other people, and what happens when a decision isn’t about anything other than the principle.”

Schafer also successfully represented a defendant in a 27-year-old cold case, challenging a first-degree murder indictment before a grand jury, resulting in a lesser charge. “I try to draw upon these experiences every time I take on a case and remind myself I’ve been in bigger fights. But there’s not a day when I don’t have a pit in my stomach when I go before a judge. I don’t have the attitude that I can slide through this one because I’ve been through bigger battles. They provide me with the experience to know what to expect and what to do, but executing is never easy. It may not be my biggest case, but it’s my client’s biggest case. There’s always somebody in the room with a lot riding on the outcome.”

In addition to his criminal defense practice, Schafer represents clients in personal injury matters. He is also licensed to practice in North Dakota, where he has resolved a number of oil field cases involving injury or death.

Working with clients in such highly charged matters can take a personal toll, and Schafer looks for opportunities to unwind on the golf course or at his cabin. However, Schafer said that sitting down and talking with a client and helping to bring them back to center is oft en the best way for him to recharge. “I think it’s important to let a client talk. Sometimes, I just shut up and listen. I’m not just their attorney, I’m also their counselor. For me, it’s not just about their case, it’s about the person. I try to remain conscious of the fact that there are a lot of ways to help someone beyond just showing up in court, whether it’s reducing a fee for a civil case because it didn’t go as well as we had hoped, or picking up a client on the way to court who needs a ride.”

Schafer gives people in difficult circumstances their dignity and stands resolutely as a champion of their rights. “Good people do bad things sometimes, and they need a lawyer who will not only fight for them, but also treat them like a human being.”