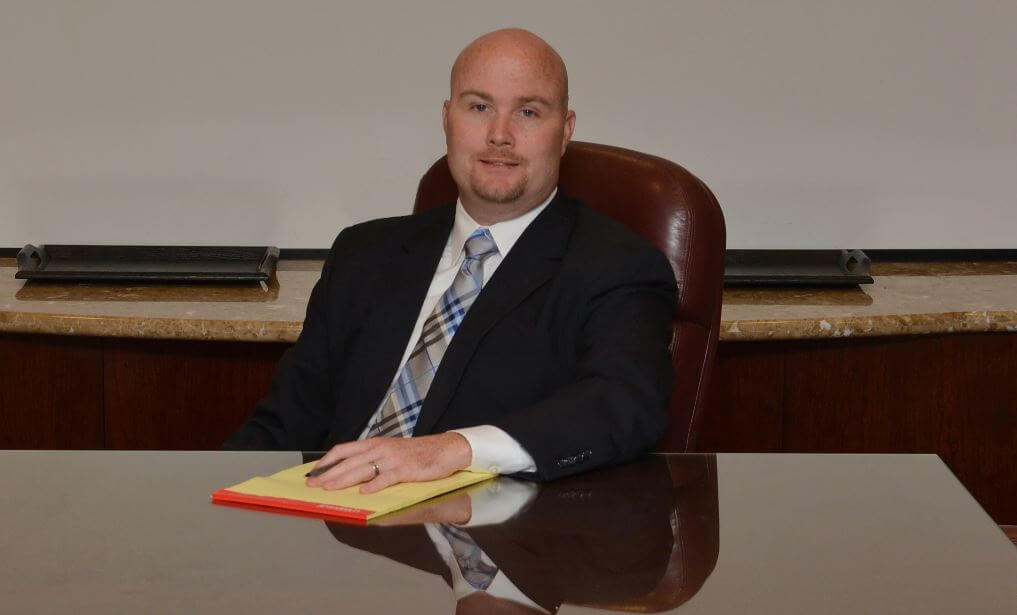 Experiencing frequent relocations and adjustments to new people and environments as the child of a military family provides a breadth of experience that can enhance an attorney’s ability to work with a diverse group of clients, says Bret Perry, equity shareholder of Bonezzi Switzer Polito & Hupp.

Perry’s father was a Navy man, which meant he and his family were uprooted and moved across the country as Perry was growing up, finding themselves transplants in Virginia Beach, Hawaii and finally San Diego.

According to Perry, this lifestyle could be challenging, but looking back he found it was a learning experience that has contributed significantly to his success in the practice of law. “Having experienced many different ways of life, I can often find a thread of common ground with anyone I’m working with – whether that person is a blue-collar construction worker or a high-end medical professional. Moving around was a learning experience and I learned to interact with folks from many different backgrounds.”

“I’ve often told people that there is good and bad about being the child of a military man. You do have to pick up quite a bit, you are constantly starting over, but the one thing it teaches you is that you have to be resilient. You move into these different communities where people already have long-term bonds and relationships, so you have to learn quickly how to assimilate yourself into the fabric of the new environment. You also have to be able to form relationships with multiple people from different backgrounds and try to reach that common ground where everyone can be on the same page,” he says.

A Walk in Your Shoes

This life of transience did not deter Perry from following in his father’s footsteps. After graduating high school, he entered the Navy, serving his country as a sonar technician from 1990 to 1993 in San Diego and then in Norfolk, Virginia. According to Perry, this experience broadened his perspective of life and provided him with the outlook necessary to work with diverse people every day.

“Arriving at boot camp, I was faced with the most memorable experience in my military career. You are put together with 120 different men from 50 different states, ranging from 18-35 with different races, creeds, backgrounds and education levels. We were placed in a large group and expected to operate as one to carry out the assignment as a cohesive unit,” he says.

After leaving the Navy to attend college, Perry carried this experience with him. “In the real world, you deal with so many moving parts. I’d like to believe that the ability to manage different personalities sets me apart from other attorneys who have not had the same experiences in life.”

At the age of 21, Perry enrolled in Bowling Green State University. While most of his classmates were entering their freshman year from their parent’s homes, Perry had already gained unique experience. “I knew what I wanted in life. My age proved to be an asset. I was focused on achieving my goals,” he says.

He hit the books hard and in three years managed to graduate with honors while working to pay his own tuition. He moved on to Cleveland-Marshall College of Law at Cleveland State University where he earned his Juris Doctor.

During his third year of law school, Perry clerked for Judge Michael Corrigan of the Eighth District Court of Appeals. When he graduated and passed the bar exam, he accepted a position as a staff attorney under Judge Nancy McDonnell at the Cuyahoga County Court of Common Pleas. He then found his way back to the Eighth District Court of Appeals after a few years to clerk for Judge Frank Celebrezze.

While working with Judge Nancy McDonnell he was inspired to pursue a career in litigation. Unlike some judges, she asked her law clerks to be present at trials to observe and learn as opposed to just doing research. Through this task, he was able to witness some of the best criminal and civil attorneys in Cleveland trying their cases.

After that, Perry’s fate was decided. “I knew I wanted to try cases and not just do corporate or transactional work. I wanted to be a courtroom trial attorney and I was able to immediately get that kind of experience when I joined Bonezzi Switzer Polito & Hupp,” he says.

Since joining Bonezzi Switzer Polito & Hupp in 2003, Perry has first chaired an extensive caseload and has maintained a healthy appellate practice, including oral arguments before the Ohio Supreme Court. Most recently, in the matter of Johnson v. Smith which affirmed the application of the physician apology statute.

According to Perry, his experiences growing up and in the Navy prepared him to work with a variety of people and use it as an asset in all of his legal efforts. “It’s one thing to know the law, and to know how a case is tried, but it’s something entirely different once you get into the courtroom. Understanding your audience, the nuance, and the way to put your case forward in the best light and to make it understandable is essential to success. I think what places me and our firm apart is our experience level, the number of cases we have tried and our willingness to try cases that other firms might not take to trial. It brings a great deal of comfort to our clients for them to know that there is a team working for them and that their interests are being protected,” he says.

In his day-to-day practice, Perry admits that his biggest challenge is dealing with an attorney on the other side of the table who may not be as savvy and up-to-date on handling medical malpractice claims as the attorneys in his firm. He says he welcomes the challenge of working across the aisle from a well-prepared attorney who has worked the case correctly and has a full knowledge of the facts of the case. “Those cases are a pleasure to work on and often it’s a very good experience for both sides. The cases that are difficult are the ones in which the other side is not properly prepared. They tend to drag on for an unnecessary amount of time. Medical malpractice is not an area for attorneys to dabble in,” he says.

Due to his experience in the field, Perry is often requested as a lecturer at hospital facilities. He previously served as the chairman of the Ohio Association of Civil Trial Attorneys’ medical malpractice and nursing home litigation committee and medical-legal liaison to the Northeast Ohio Academy of Medicine.

Further, just as he appreciated the opportunity to form new bonds growing up, Perry finds great satisfaction in his relationships with the physicians and health care providers he defends. Often, when a case concludes he can walk away with a new friend.

More than anything, Perry credits the success of his career and the success of Bonezzi Switzer Polito & Hupp to a sound work ethic that rings through in everything they do.

“We have a team atmosphere here and without those folks there is no way we could do what we do. At the end of the day when I look back on cases that I’ve won or lost, I often see these cases were won not only by the skill of the attorney and knowledge of the experts who testify, but by the amount of work the attorneys put into the process. If I lose a case, that’s fine, but I’m not going to lose a case because I’ve been outworked,” he says.