Carlos Mahoney: Following in the Footsteps of Heroes 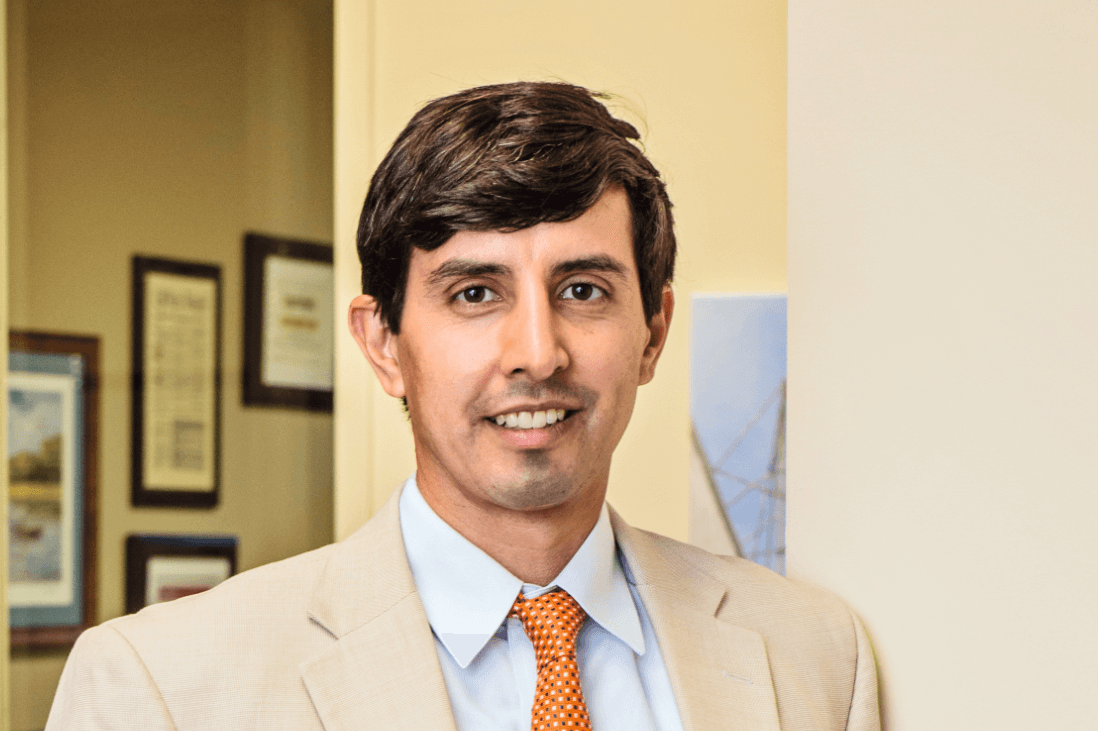 “I’m the son of a first-generation immigrant mother. That accounts for a lot of my work ethic,” said attorney Carlos Mahoney, a partner at Glenn, Mills, Fisher and Mahoney.

Mahoney’s mother, Frida Perales Mahoney, came to the United States from Peru on a scholarship to Edgecli College, now a part of Xavier University in Cincinnati, Ohio. “She was a driven young mother. She pushed us pretty hard. That’s often common with first-generation Americans with kids. From very early in life I was pushed pretty hard academically, athletically, and socially by my mother and father.”

His father, Gerald Mahoney, is a professor in special education and early childhood intervention. “I’ve always been impressed with the work he does helping to improve the lives of children and families who have young children with developmental and intellectual difficulties.”

Another big influence on Mahoney is the church. He attended Catholic school until college and remains active with the church. “Although the church is not perfect, I appreciate the way it looks at social justice issues by using faith to assist those who may be at a lower socioeconomic level, those who may be at great risk of being discriminated against and treated unfairly.”

To that end, one of his role models is Archbishop Óscar Romero, a prelate of the Catholic Church in El Salvador. He spoke out against poverty, social injustice, assassinations and torture before being assassinated by a death squad in 1980 while offering Mass.

“He stood up as a leader and was willing to put his neck on the line which ultimately cost him his life. He was not inclined to become the leader he developed into but when faced with circumstances that required action he accepted the call and stood up to powerful interests,” said Mahoney.

Mahoney aspires to the same ideals in his practice and at home where he and his wife, Jennifer, are raising daughters Clara, 6, and Mathilda, 4.

“We try to instill in them the values that you treat everyone equally and fairly. Be nice to everybody, not single out any other children. Try to make friends with everyone. We want them to be confident young women and to be comfortable in their environment.”

Mahoney graduated from UNC with a Bachelor of Arts in anthropology. He earned his Juris Doctor from UNC School of Law.

During his 3L year, he worked at Glenn, Mills & Fisher where he took an interest in its civil rights practice. “When I joined the firm, it was already known as a firm that supported the ACLU’s work and served as cooperating attorneys for ACLU cases.”

Mahoney gets involved in a few ACLU cases but most of his civil rights practice focuses on Fourth, Eighth and 14th Amendment issues such as police misconduct, deliberate indifference, wrongful convictions, capital punishment, due process and equal protection.

Mahoney said he is heavily influenced by Justice Thurgood Marshall. “After the composition of the Supreme Court changed, he stood by his principles and continued to articulate his vision of what the constitution is. He remained steadfast in his beliefs. Justice Marshall said that you should do what you think is right – when making judicial decisions as well as advocating for legal issues – and then let the law catch up to you. If you are doing the right thing, ultimately principles of justice and equality will prevail. That takes time but, to paraphrase Reverend Martin Luther King Jr., the arc of history moves toward justice and equality for all.”

As to the spate of cases like those in Ferguson and Baltimore, Mahoney said, “These cases have been here for years. In the wrongful conviction venue, many recent cases are 10, 20, 25 years old and it is only now that attorneys and experts are able to prove that people were wrongfully convicted. There is DNA evidence and finger prints, scientific evidence, a better understanding of coercive police interrogation, the role of misidentification by eyewitnesses. It may have been more egregious in past years but people were less able to find out about it.”

“I am very optimistic that new technology will help improve police training and protocols. By having body cameras, it provides a lot of assistance for both verifying whether something was done wrong as well as providing training and teaching assistance. At the heart of it, police and municipalities want to avoid liability issues. They want to ensure that their officers are well trained to deal with these situations.”

Happy to be a Leader

Mahoney emotes sincerity and honesty. In person, he is quiet and reserved. “I was never a great public speaker but when given the opportunity to speak for one of my clients in court, it really gives me a sense of strength, and I wind up being a heck of a lot better speaker.”

“My high school senior superlative was most laid back. When my wife asked me about that I told her the only laid-back thing about me is my style and approach. Underneath I’m as fiercely competitive and intense about things I believe in as anyone else around.”

Despite his unobtrusive demeanor, Mahoney has thrived as a leader. He is a past president of the Durham County Bar Association and the ACLU of North Carolina, and he has held leadership roles with the ACLU, American Board of Trial Advocates, North Carolina Advocates for Justice and the Center for Death Penalty Litigation.

Tennis and the Law

The first evidence that Mahoney had the inner drive his parents had imparted to him was at the age of 5 when he picked up his first tennis racquet. Over the next 13 years, he became one of the top tennis players in the region. At age 18, he finished No. 4 in the North Carolina State Closed Championship; at 17, he was No. 8 in the state and won the 2A NCSHAA Championship. He was ranked No. 5 as a 16-and-Under in Connecticut and No. 16 in New England when his family lived there.

He said his tennis career prepared him for a career in law. “There are great parallels between tennis and being a trial attorney. The adversarial nature of a trial is very similar to a tennis match in that you are often trying to think several shots or several witnesses ahead,” said Mahoney.

“At some point, every single person who plays tennis is going to lose and learning how to lose gracefully is a tremendous skill, which carries over into the court system. We’re expected as lawyers to yield gracefully to adverse rulings from a judge … no one likes a sore loser.”

Mahoney remains a dedicated tennis player who competes in local tournaments. He likens his tennis game and his courtroom strategy to Pete Sampras, who was the first man to win 14 Grand Slam singles titles.

“You hardly ever saw Sampras get upset or flustered but you always knew that if he was facing break-point down, he’d nail a serve down the middle for an ace,” said Mahoney. “I’m the same way, trying to figure out how best to build a case is similar to figuring out how to beat an opponent.”