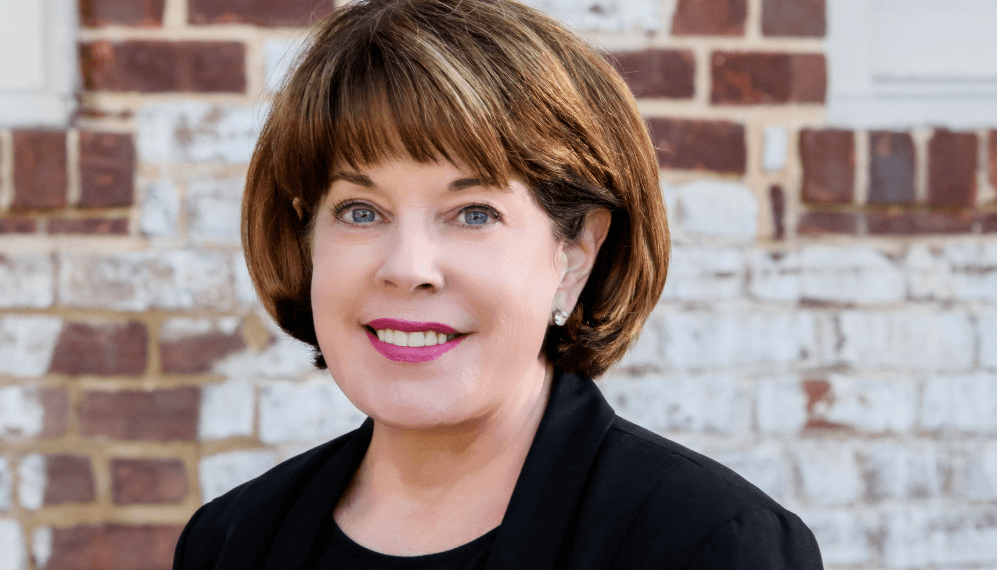 “Family law is a rough and tumble, litigious, draining type of practice,” said Carole S.Gailor, a highly regarded family law attorney, a fellow of the prestigious American Academy of Matrimonial Lawyers (AAML) and the founder of Gailor Hunt Jenkins Davis & Taylor, a Raleigh, North Carolina family law firm. Several years ago, the firm adopted the slogan, “Divorce is Tough” created by managing partner Stephanie Jenkins. “It’s an acknowledgement of how difficult and painful the divorce process is for our clients, both men and women,” said Gailor.

A native of Boston, Gailor said the underpinnings of her family law practice can be traced to her grandfather, Reverend Ben F. Wyland, a Presbyterian minister and a civil rights activist in Florida in the 1940s, ’50s and ’60s. Wyland had to move his family out of Tampa at one point aft er the Ku Klux Klan burned a cross in front of their home.

“I think one of the most important things he taught me was that you don’t back away in the face of threat or danger and that once you decide what the right thing is you use that to be your guiding light.” If you remain focused on the “right thing” for your client, you may be challenged, but not intimidated or deterred.

Wyland inspired Gailor to study philosophy and religion. She earned a Bachelor of Arts in religion and philosophy from American University.

“My interest was on the intellectual side,” she said. Although, she considered a career in Christian education.

When asked if she is religious, Gailor responded, “I am spiritual. I believe there is a God, that there is good and evil clearly manifested in the world. The calling is to be kind and loving toward other people and do your best to lift them up, care for them and provide a moral and ethical example.”

Gailor said that her grandfather’s example had, “major significance” in developing the core values for her practice aft er she earned her Juris Doctor degree from American University Washington College of Law.

“When a client comes in you need to listen, ask questions, determine their needs and goals and provide guidance,” she said. “Second, the client should be informed; we ensure that our clients are knowledgeable partners in their case. Third, understand the case factually, legally and strategically. Then, always, 100 percent of the time, be prepared for court and advocate zealously for your client.

“In family law and divorce cases, we are dealing with people who are deeply hurt, emotionally distraught and angry,” she continued. “Sometimes a client’s worst instincts take over. I think it’s the job of the lawyer to guide their clients to avoid conflict that would be damaging to them and their children. We tell our clients we will be ethical. We will not do anything to cause harm or be unprofessional. I tell my clients I am not their avenging angel. Most of them understand and appreciate this.”

Gailor’s speech is deliberate and precise. She has a sharp wit. In a perfectly tailored dark dress suit, she has an aura of authority and is treated with well-earned respect by the firm’s employees.

“I’m perceived as a tough adversary,” said Gailor. “This does not mean or necessitate being or acting in an unprofessional manner. Civility is important to me. In the face of some very difficult situations, it is always my goal to stay professional and civil.”

Citing the AAML Bounds of Advocacy, Gailor aspires to be professional at all times with the court, with court staff , with opposing counsel and with clients.

The firm has always taken a proactive approach to adapting to changes in family law as it is doing now by keeping pace with the evolution of LGBT laws.

A sea change in family law occurred in 1982 with the implementation of equitable distribution laws. These laws required placing a value on assets, including a business owned by one or both spouses when dividing the property of the marriage. The valuation methodology at the time was not well known or understood and oft en imprecise and contradictory.

“What was happening initially was that lawyers accepted at face value what an accountant said in court was the value of a business. Judges weren’t any more educated about business valuations than the lawyers were. I was not satisfied with that,” said Gailor. “I decided to educate myself about this complex issue.”

“I wanted to and had to learn business valuation so that I could understand the valuation process and concepts and effectively cross-examine an expert valuation witness,” she said. “I believe my approach encouraged other family lawyers to become educated in the field as well.”

As an AAML fellow, explained Gailor, “We are bound by a credo regarding the ethical treatment of children in a litigation context. Never, never allow children to be used as leverage or as a tool for revenge.” Gailor strives to keep children out of court during divorce proceeding.

Gailor says her own relationships with her four children and eight grandchildren are informed by what she observed while handling family matters involving children. “Communication is important. Being present and taking time to be with them. Making the children feel listened to; that they are seen, so that when you are with them, you are with them, not watching TV or working on a case. If they get in trouble they need to know you are fully on their side. You can provide guidance as to what is right and what is wrong and be an example to your children.

“I was once told I act like a child when I’m with the grandchildren,” she continued. “I don’t think it was meant as a compliment, but I took it as one. I think the comment reflects that I am really enjoying and relating to them; that I accept them, they think I’m cool. Th en I can teach them values. I try to be fun and engaging and I get a lot back from them.”

Gailor’s commitment to teaching extends to other lawyers as well, particularly women, through her many speaking engagements, her role in the AAML and at her firm.

When Gailor began practicing family law in Northern Virginia in 1978 and later when she moved to North Carolina, women family law attorneys were rare.

“I decided to change that.” said Gailor.

Aft er successfully launching her own firm in 1994, she began expanding and hiring more attorneys. “I wanted the opportunity to work with and mentor younger, less experienced women attorneys.”

“The opportunities to hire these women just seemed to present itself,” said Gailor. “I tell them that when they walked into my door and I saw them in the waiting room before I even talked to them I knew I would hire them. I’m a very intuitive person and it was a combination of intuition and the vibes I was getting from them. I am glad to say my intuition about each of the lawyers I hired was correct. The lawyers in this firm are exceptional.

“One of the things that set the firm apart early on was that I wanted to make it possible for young women lawyers to have children and still manage a career,” she continued. “As a result, I set up an in-house nursery, allowed flex-time arrangements, working remotely and bringing children to work. It earned the firm a lot of loyalty and demonstrated that we value our lawyers and our staff . My proudest achievement and legacy will be this firm and the people who are such incredibly excellent, caring, skilled lawyers and staff.”

Giving back to her profession has always been important to Gailor. In 2016, she was awarded Fellow of the Year by AAML President Joslin Davis. “It is a great honor and I am humbled I was believed worthy of it.”