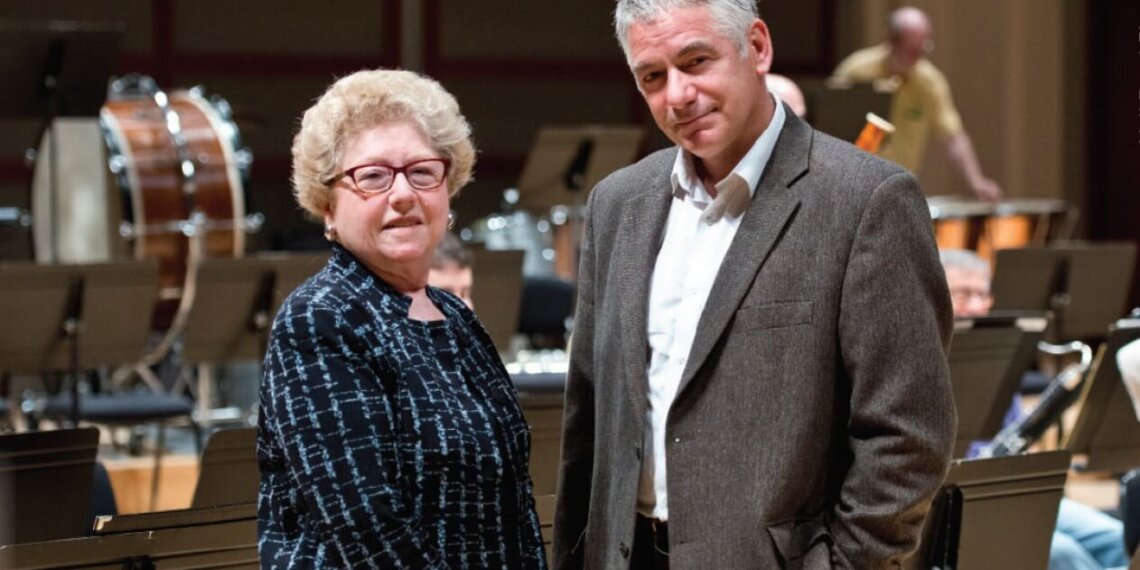 An autographed photo of Perry Mason sits on the credenza in Raleigh attorney Catharine B. Arrowood’s office at Parker Poe. “He was on a mission, a mission for his client but at the end of the day it was a mission to find out the truth about what happened,” explained Arrowood. “If you are a lawyer and a litigator, it’s your job to get to the truth.”

Arrowood’s search for truth tends to be on a grander scale; she handles complex business litigation cases that can take years or decades to resolve.

Arrowood litigates, mediates and arbitrates for firms of all sizes in a wide cross section of industries including banks, utilities, biotech, health care and educational institutions. The cases have ranged from intellectual property and antitrust to foreign corrupt practices. “The more multifaceted the problem, the better I like it. I love to get a team of people together to solve a complex problem,” Arrowood said.

Catharine Arrowood is usually called in on cases that can mean life or death for a company. “I’m a bet the company lawyer,” she said. “If there’s big trouble, that’s what I do. I wrestle alligators.”

“Litigation can destroy a company if you don’t manage it appropriately,” she said. “I sort out which cases we should roll the dice on and which we should not. If it’s not worth the risk, I focus on how we can resolve the case.”

At the age of 9, Arrowood went to work wrapping gifts during Christmas at her family’s fourth generation department store, KM Biggs Inc. in her hometown of Lumberton, North Carolina. (The store’s motto is, Everything for the farm and home. From doilies to mules.) As she grew up, she worked at the store in a variety of positions. “Growing up in the family business has given me a good perspective on what it’s like to be a business owner and the risks you have to take as a business owner,” Arrowood said.

While working at KM Biggs and then for her father, Murchison Biggs, as a substitute receptionist at his law firm, Arrowood was introduced to a wide swatch of the local population. “People had a variety of living circumstances, and some of them very difficult. I got to see the whole rainbow of people in the community in both of those jobs. It had a real impact on me and it’s why I like to represent the underdog.”

Arrowood says she became intent on becoming a lawyer when her father took her to watch Judge Susie Sharp hold court in Robeson County. Sharp became the first female chief justice of the North Carolina Supreme Court. “I got to sit in the courtroom,” she said. “I thought, this is for me, I like this. Very exciting, lot of drama, people’s lives being affected. A chance to do something good.”

Arrowood went to Wake Forest University School of Law on a scholarship. When she graduated from law school in 1976, women were still a rarity at Raleigh law firms. “I did well in law school, but no one seemed to want to hire me,” she recalled. Finally she “got lucky” when Attorney General Rufus Edmisten hired her to work in the antitrust and consumer protection division of the North Carolina Department of Justice. She then joined the firm that would eventually merge and become Parker Poe. At the time, she said, “women just didn’t get the opportunities to prove themselves. I was very lucky because the guys at this firm gave me every opportunity right from the beginning to prove myself.”

Arrowood describes herself as “pushy and persistent, annoyingly so,” she said. “It’s a very important personality characteristic. As a litigator, you can’t give up your client’s causes. I also have found that persistence also comes in handy when I serve as a mediator and arbitrator. If you are not persistent, you cannot help people resolve their disputes.”

Arrowood recalled her father saying, “A fine show of temper is a useful thing at the right time, but don’t do it too often.” She adapted that to, “You just have to find ways of getting your point across as persuasively as you can and you have to judge your audience.”

According to Arrowood, presenting complex business cases to juries can be difficult. “I think a lot of jurors are not enthusiastic about solving a dispute between two businesses. It’s often, they think, just about the money.” She says the attitude of juries is sometimes, “grow up, you’re business people, surely you can sit down and get this worked out.”

Her objective is to humanize her cases. “You just translate it into everyday terms,” she said. “You boil it down to people because at the end of the day that’s who the jury is going to hear from. Those companies I represent all operate through people.”

Arrowood prepares witnesses to be comfortable on the witness stand despite having to give very technical testimony. “It’s fine for them to use those words on the stand, but they have to be able to explain them to a jury,” Arrowood said. “There is a great deal of collective wisdom in a jury room. I don’t think college degrees get you an improved jury, it’s the common sense that people bring to the table.”

Catharine Arrowood began playing piano at the age of five. “I won some competitions,” she said. “I was apparently technically pretty good but I didn’t have the artistic element.” When her church’s choir director told young Arrowood she could stay in the choir, but she had to move her mouth without singing, she promptly quit. “I had to find other ways to be involved with music without being a performer,” she said with a chuckle.

“Music is very inspiring. It’s something that I’m passionate about,” she said. In 2004, Arrowood was invited to join the board of directors of the North Carolina Symphony. “The thing that inspires me is that this orchestra travels about 25,000 miles a year by bus across the state and performs for 50-60,000 elementary school children. It is something I am so proud to tell people.”

“It isn’t just a question of helping kids understand music,” she said. “It’s about how you conduct yourself in public and how to appreciate something that’s a little outside your comfort zone. It just opens their mind in a way that had not been opened before.”

In 2013, Arrowood was honored with the North Carolina Symphony’s Directors Award of Excellence. “It’s one of the most rewarding groups I’ve ever worked with,” she said.

Arrowood was elected president of the North Carolina Bar Association for the 2014-15 term. One of her top priorities is looking at how judges are selected. “We elect judges in North Carolina; that is not always the best process. We’ve been very lucky that either candidate would be great, but as time goes along, that is less and less the case. We’re getting more people running for a judicial position who have been practicing for three years or so. They don’t have the experience and the seasoning to do the job.” The NCBA has formed an open court committee to focus on these kinds of issues – issues that Arrowood described as, “big J justice issues.”

Another “big J” issue, she said, is the annual reductions in courts funding by the state Legislature. “Instead of taking a comprehensive look to evaluate how the courts can become more efficient; it’s just cut, cut, cut, cut. That means people are not getting the service they deserve in the courts.”

Arrowood is emphatic about protecting the funding and independence of the judicial system. “Courts are the third branch of government, they are fundamental to our democracy,” she said. “Our courts are the reason people want to come to live in America because they know they can right a wrong.”