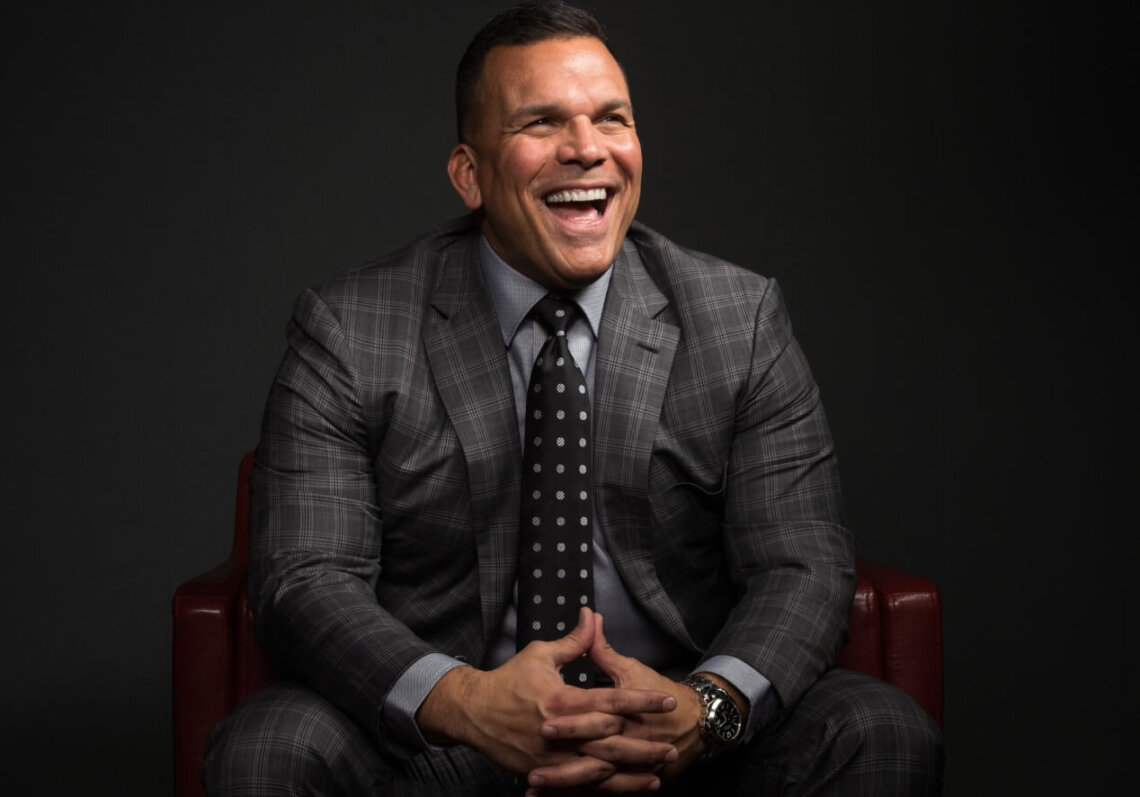 “If you had told me back when I graduated from law school and I went to work as a prosecutor that one day I would be a criminal defense lawyer, I would have told you there’s no way that’s going to happen – absolutely,” says Chris Lewis, founder of Chris Lewis & Associates, P.C.

Today Lewis is a nationally recognized criminal defense lawyer who has handled more than 300 jury trials and has an acquittal rate approaching 90 percent.

He comes by his commitment to defense naturally. His father was a 34-year veteran of the Texas Department of Public Safety. He grew up with a respect for the law and for the need for accountability in the law and its officers.

His parents divorced when he was five – a highly disruptive event that was a major turning point in his life. Even at that young age, as the oldest child Lewis felt a need to take care of his family. That included a need for advocacy. “A lot of what I do now and why I do what I do now stems from those days in which I was an advocate for my mom and my dad in their disagreements. I’ve always been the person that my family turns to in a time of crisis or when something needs to get done,” he says.

Those moments parallel what he does now. Lewis says he seeks to find a way to humanize his clients, tell their story, and defend them in a way that others realize they are human beings and deserving of some sort of redemption. “I’ve never done well when I’ve seen inequality. I can’t just sit back and allow it to happen. I feel like I’m at my best whenever things are at their worst for other people and they turn to me to help put the pieces back together. And, I think that probably started during my disruptive childhood and how I was forced to handled it.”

EVERY CASE A BIG CASE

“Every single case I’ve handled has been a big case because it directly impacted an individual person. To my clients, their case is the most important thing in their lives at that moment, it is the most troubling thing they are dealing with, and it has personal and professional consequences. My clients feel strongly enough about their cases that they hire me as their advocate, they trust me to take their cases to trial, and they have enough confidence in our criminal justice system to put their lives in the hands of 12 strangers. In that scenario, I don’t have a choice. I have to be in 100 percent.”

Lewis’ commitment to leveling the playing field for the little guy, regardless of the odds, is exemplified by his defense two years ago of a 65-year-old businessman in a federal case held in Lubbock within the Northern District of Texas.

Not only did Lewis and his client face a powerful government agency, the IRS, but that particular jurisdiction is highly conservative. More than 20 people on the jury panel had served as jurors in the past. None of them had ever voted for the acquittal of a defendant

His client, an accountant who owned a lot of businesses (primarily Dairy Queens), was charged with a crime the prosecution felt was strict liability. The charges were 12 counts of tax fraud in failure to pay payroll taxes. The effect of paying the amount the government claimed was due would have been devastating to his business. In some of these small communities, the Dairy Queen was the largest employer in the entire town. The case occurred during the recession and the client was struggling to keep people employed.

The IRS decided to take the case from a civil situation and refer it to criminal prosecution. The client wasn’t hiding anything and was filing his taxes. He was selling assets to pay off what he owed. He was also trying to do things in a way that kept people employed during a recession.

Lewis’ client had been doing what he felt was right even though in the eyes of the law it was illegal. The trial lasted a week. Lewis felt very good about how the trial progressed but knew the deck was stacked against his client. Regardless of the outcome, everyone expected a quick verdict. The evidence was straightforward and most of the facts were not in dispute. The only question was whether the jury believed Lewis’ client had engaged in criminal conduct or was justified in his actions. The jury was out for more than ten hours and Lewis began to fear that his arguments had fallen on deaf ears.

The jury came back with a not guilty verdict on all 12 counts.

Lewis says, “That was one of the proudest moments of my legal career because I thought we were fighting against insurmountable odds. I was concerned the jury wouldn’t understand that my client’s actions were driven by his heart, which was in the right place. The jury spoke loud and clear to everyone with their verdict, saying ‘we know what you did; we understand what you did. You did the right thing.’ It doesn’t get any better than that.”

PULLING THE TRIGGER ON A MIDCOURSE CORRECTION

As an undergraduate at Evangel University, Lewis wanted a career in law enforcement. “I knew the legal route was one of the paths into the FBI and I loved the criminal side of the law. At that time, I never could have conceived of representing somebody charged with a crime.” Lewis earned a double major in government and psychology. He entered Baylor University School of Law to earn his Juris Doctor. Feeling a need to earn real-world legal experience, he became an assistant district attorney for Harris County, and later Williamson County and Dallas County.

He met his wife, Holly, while at Williamson County. The drive for a stable family life changed his desire to work for the FBI and a need to support a new lifestyle and growing family moved him into civil litigation at one of the premier civil trial firms in the state.

The money was nice for a while, but after working civil cases for four years he felt as though he wasn’t growing as an attorney and he knew wasn’t enjoying the work. At that point in time, money was no longer a motivating factor. He knew the time was right to get back to criminal work.

“I pulled the trigger in 2004 and have never looked back.”

Being married, raising kids, and representing people against seemingly insurmountable odds has changed his outlook on his profession and the manner in which he handles cases and clients.

He says he now sees things from the construct of the individual, and to convey that to a judge or a jury, an attorney must be sincerely committed to his client’s cause. “In this business, authenticity is everything. If you’re not authentic, you’re not going to be effective.”

Experience is a key factor in his remarkable acquittal rate. He believes strongly that people would be better citizens and therefore the government would be better if we were serious students of history. Lewis says, “If somebody came to you, regardless of your profession, and said ‘Hey, I’m going to give you a playbook. This is what works. And this is what doesn’t.’ You’d be a fool not to read it, learn it, study it, but we don’t do it with respect to some of the most important things. When it comes to criminal defense, I know the playbook.”

Sharing that experience is also key to managing an effective and efficient staff. His management philosophy is to hire good people, train them well and then refrain from micromanaging. “Everyone has their own style. I try not to do anything that’s going to change who they are.”

Lewis and Holly, who is also an attorney, have been married almost 18 years. They have four children: Luke, 9, Kate and Lauren twins, 7, Huck, 3.

The couple enjoys spending time with friends and family and traveling.

Lewis, a former college football player, enjoys remaining involved in a variety of competitive sports. He currently plays on what he playfully describes as a “highly dominant Dad’s softball team” in Lakewood.

Lewis has also spent the past several seasons coaching his son’s youth baseball teams and especially loves to see the growth the boys experience from season to season in their ability, confidence and sportsmanship. “I’ve always believed that team sports are a microcosm of life and a valuable platform to teach kids some of the most important lessons and principles that they will be able to use for the rest of their lives. And, I truly hope that I’m doing a good job of using that platform to teach those things.”

Family, however, is his true passion. “That’s been a big challenge – to balance a successful professional practice where there are clients who constantly need me to be present and involved while also attempting to be present and involved at home with my family. I don’t know that I always do a great job with the balance, but that’s what I strive to do. I’ve discovered that being a good parent and being a good family man makes me a better lawyer. And, being a dedicated lawyer makes me a better man with my family. And that is your basic win/win scenario,” he says.