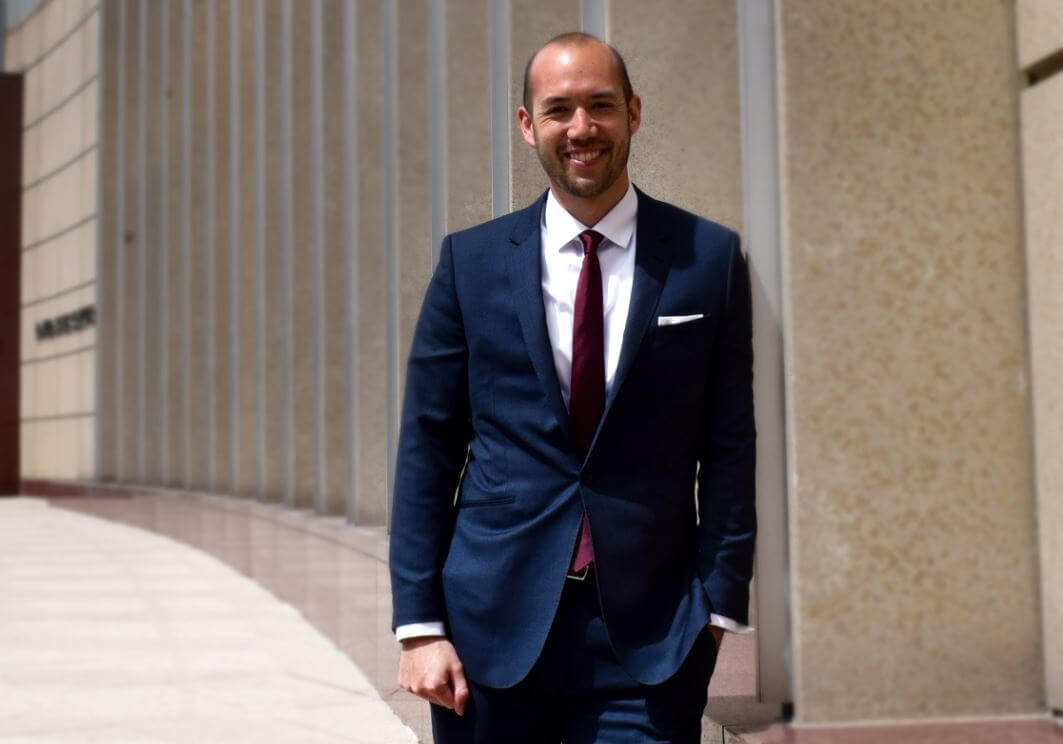 Christopher Keyser: An Oath to Uphold and Defend the Constitution

“I’ve taken two oaths in my career,” said Christopher Keyser, award-winning criminal defense lawyer and principal of Keyser Law P.A. “I swore to uphold and defend the Constitution as an attorney. I later commissioned into the Army JAG Corps where I took the oath a second time. I remember thinking it seemed odd, on its face, reciting the words to become a soldier as I did to become a lawyer. I didn’t think of them as being so similar. But in reality, I’m here to defend the Constitution and uphold it to the best of my ability, whether I’m firing a rifle or representing someone in court.”

The gravity of these commitments drives Keyser’s conscientious service to clients and country. “I’ve brought this up to juries in my closing arguments, regarding the huge importance of their decision. I impress upon them that people have literally died to uphold the system we have. It’s the last thing they’re thinking of when sitting in that box and making a decision that will change a defendant’s life. But when viewed through that lens, people are more likely to scrutinize the evidence that has been presented to them and deliberate carefully.”

A career in law was Keyser’s ambition from childhood, but while he was earning his undergraduate degree at the University of Minnesota, his future came into sharper focus. “When 9/11 occurred, I was a freshman living in a dorm. A lot of my classmates wanted to join the military after that. I wanted to serve in some way, too, but realized the infantry was probably not where my skillset would be best utilized, so I went on to law school.”

Keyser clerked with the U.S. Departments of Justice and Homeland Security while earning his law degree. At first he thought he would practice immigration law for the government. He later shifted his attention to criminal law and began interviewing local defense lawyers to learn more about the practice. In a recessionary business climate where jobs were scarce, Keyser decided to strike out on his own. He opened Keyser Law P.A., and quickly earned his reputation as a skilled and zealous advocate. He has been selected to the Minnesota Super Lawyers Rising Stars list for the past four consecutive years.

Keyser focuses exclusively on criminal matters in a practice he enjoys for its compelling human element. “I especially enjoy hearing clients’ stories and learning about their lives, upbringing, their family, and their hopes for the future. I take pride in getting to know my clients on a personal level and doing what I can to help them. Sometimes it means helping with outside forces like chemical dependency, mental health or family issues. I consider myself their advocate inside and outside the courtroom.”

Keyser describes his clients as generally fitting into two categories. One is the client who is experiencing their first foray into the criminal justice system. “Sometimes clients are truly innocent and it’s my job to help discover the truth that paves the way to a dismissal of charges or an acquittal at trial. But other times people simply make mistakes, and feel like their world is totally falling apart. The vast majority of my clients are good people who have no criminal record, and it becomes important to get to the ‘why’ behind their actions. Maybe it’s because of a mental health or chemical dependency issue or abuse or financial hardships. My job is to bring those concerns to light so it can be taken into consideration when obtaining a commonsense, big picture resolution that won’t ruin their life.”

The second type of client is one with a long history of criminal offenses. “It’s true there sometimes are people who just keep doing bad things. When I have a client who fits that description, my goal is to ensure they are treated as fairly and respectfully as the clean-cut defendant with no criminal record. On its face, people would say these are two types people with two different cases. But when they step into a courtroom, they shouldn’t be perceived that way. I make sure my clients receive the fair due process they deserve, no matter the circumstances. It doesn’t matter if they’re guilty or not. I want the best outcome for every client.”

Keyser’s service in the JAG Corps has opened a unique niche in his criminal practice. “Serving in the Army Reserve allows me to maintain my civilian life and pursue my career goals, but still do my part as a service member. In my civilian practice, I represent a lot of veterans when they have been charged with a crime. There is an element of trust and understanding when clients are service members. We speak each other’s language.”

Last year, Keyser prevailed in his representation of a service member charged with a serious sex crime. “The case stands out for me, not because of the win, but because of its gravity. I truly believed he was innocent, and I can’t always say that for the people I represent. I prepared so much that I was convinced I couldn’t prepare any more. I remember aft er closing arguments, I sat down and felt relieved that it was out of my hands. I knew I did the best I could, but was still scared for my client. When the verdicts were read and he was acquitted, part of me was so happy and proud that the jurors got it right. But because I invested more into this case on a personal level, it was one of the most vulnerable times in my career. It could easily have gone the other way. Being at that crossroads with someone for that split second is an unbelievably sobering experience.”

In addition to his professional and military duties, Keyser also takes seriously his commitment to his wife and young son. “It’s important to me to ensure I’m doing right by my clients while maintaining my family life. My wife is my greatest support system. If I have a trial, she takes on more at home, and she’s a single parent when I’m away doing military service. It’s double-duty for her, and her contribution is significant. Putting my family first makes me a better lawyer.”

In this fluid, human-centered practice, Keyser honors his oath to uphold and defend the Constitution with an approach that is high on client service and integrity. “There is so much more to this particular area of law than just being a competent lawyer. You’re dealing with human beings, their lives and struggles. If I can play a small role in helping turn someone’s life around, that’s very profound to me. Not every profession has that privilege.”