Clayton D. Halunen: Fearless In His Pursuit Of Justice 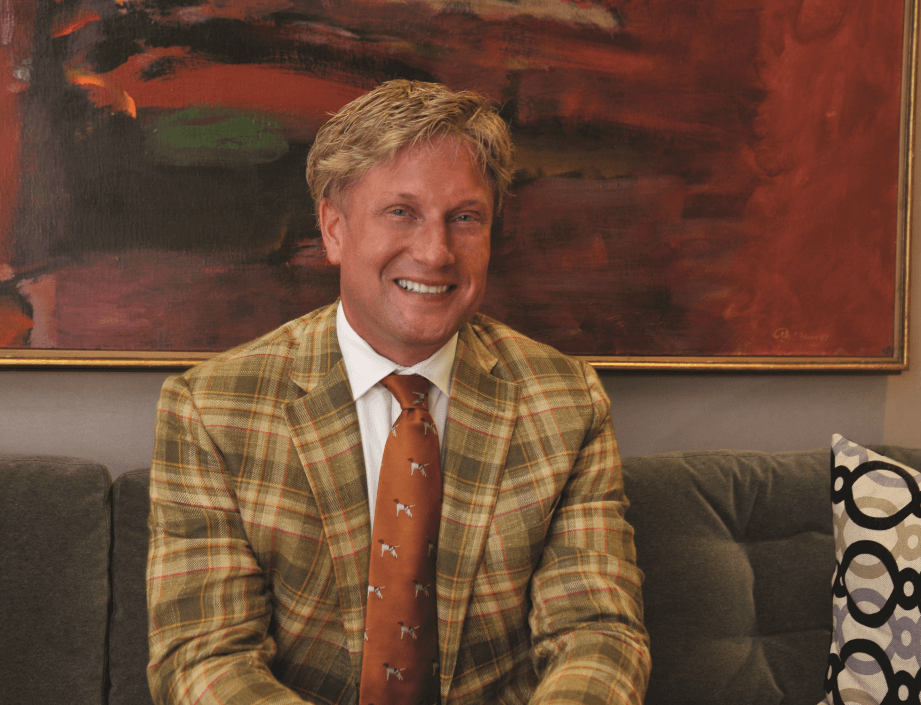 Clayton D. Halunen, founder of the powerhouse plaintiff’s firm Halunen Law, has done exactly what he set out to do. A bold voice in employment, consumer and whistle-blower matters, Halunen and his team of dedicated advocates strive to right the wrongs in our society, taking up the cause of the little guy against monied interests.

After growing up in a blue-collar mining community on Minnesota’s Iron Range, Halunen attended college at North Dakota State University and then headed off-to the big city of Chicago, where he was introduced to the law by his brother-in-law, a criminal defense attorney. He eventually returned to Minnesota, where he earned his law degree from Hamline University School of Law. During his high school years, both of Halunen’s parents experienced discrimination at their places of employment, with his father’s discrimination resulting in termination. “I remember it clearly, and the effects went on for many years. I saw how it affected every aspect of my parents’ lives, even their social activities and hobbies. My first job out of law school was as a lawyer at one of the U.S. Steel plants in my hometown. That experience solidified my ambition in the practice of law. In that environment, it was management versus labor, us versus them. There was no effort toward cooperation. I saw what it did to the people working at the mine.”

In no time, Halunen established himself as a maverick, and his days at U.S. Steel were over. After being “escorted out,” the tenacious Halunen resolved to become an employment lawyer. He began in Duluth, and eventually moved to the Twin Cities. “I started hustling to get new business, and over a year or two, I began to have some success. Since 1998, we’ve grown to 15 attorneys and 10 staff.”

One of Halunen’s best-known successes was on behalf of Minnesota Vikings’ punter, Chris Kluwe. Like so many of Halunen’s clients, Kluwe showed up as a hero with the courage to speak out against great forces and unfavorable odds. “Despite being straight, he spoke out against a potential Minnesota amendment denying gays and lesbians the right to marry because he found it so offensive. After challenging his termination by the team, he achieved a settlement and started a positive dialogue in one of the last industries that both tolerates and encourages discrimination.”

Halunen’s vibrant presence and ability to connect with people contribute to his striking success as a litigator. Longtime colleague, Sheila Engelmeier, said, “Over the last several decades, I have reviewed literally dozens of deposition transcripts where Clay questioned witnesses. It is rather amazing; he, more than any other lawyer I have encountered, has an uncanny ability to obtain favorable testimony from witnesses that benefit his clients.”

From employment law, the firm has evolved organically to include consumer class action litigation, along with whistle-blower and qui tam/False Claims Act representation. Halunen explained, “I found there was a lot of crossover to other areas of law, and some of our clients were bringing issues that would impact many people.”

The firm entered the class action arena when it joined with a group of firms and filed an action against FedEx for its mis-classification of certain employees as independent contractors. Ten years later, that case has settled for hundreds of millions of dollars. “My firm and a couple of others across the country decided to take on FedEx and challenge its conduct. We had no idea what would happen. But after all the work and the many decisions for and against, it was all worthwhile. All the effort that went into that case will change the way FedEx does business. Doing class action work is a way to effectuate significant change at a grand level.” Currently, the firm has five lawyers whose focus is class action litigation and who are recognized as prominent contenders in the national arena.

The firm is also expanding its quitam/False Claims Act practice to one of national repute. “We are having a lot of success in this area of law. Seventy-eight percent of American companies have some form of government contract. When companies choose not to follow the specs, that’s fraud, and the taxpayers foot the bill. The law provides a reward for people who have information that leads to recovery by the U.S. government. Our firm works in pharmaceutical, medical device, health and military sectors where fraud is rampant. We have exceptional lawyers and staff here who know the ropes and whose work makes a real difference.”

A 100 percent contingency firm, Halunen and his colleagues are anything but risk averse. Halunen’s formula of careful selection, meticulous case development and dogged representation consistently yields winning results, as evidenced by the firm’s more than $2 billion in total recoveries. “We have a good track record of recovery in employment cases running between 90 and 95 percent. We don’t do any hourly work. A lot of firms our size have some source of hourly income. But I like risk. So far, our calculations have been successful.We’ve invested in cases that make a difference.”

But Halunen’s success comes from more than just good instincts and hard work. He has long cultivated a culture of optimism inside an organization populated by a community of believers. The firm’s core values are clearly articulated and posted on everyone’s desk as a reminder of why they are doing their job. “We strive to be strategic, collaborative, passionate and results-driven. To be part of the team, you need to live by those things. And we select cases we believe in. You have to be a believer to succeed in this environment, especially on the plaintiff’s side. Everyone here is a true believer in what we do, and everyone comes to work every day excited about the next new challenge. Our success would not be possible without this extraordinary team of dedicated people.”

Susan Coler, a partner at Halunen Law, observed, “Clay’s ability to grow a contingency practice law firm of our size over the last 18 years is a testament to his drive, entrepreneurial skills and ability to adapt. He has diversified the practice, nurtured talented attorneys and the Halunen ‘team,’ and maintained his passion for justice. This is no easy task in a contingency world, and Clay’s successes are well-deserved.”

The firm recently redesigned its workspace with a focus on collaboration and inspiration. “We created spaces where our team members can sit, have a conversation and collaborate rather than being stuck inside an office or conference room. We also wanted spaces that are welcoming, friendly and inviting to our clients and visitors. Energy and light affect a person’s mood. We used colorful spaces and engaging art to enhance our work environment. We also put in a bar and pool table where, after a long day, we can catch up with each other and unwind. Our energy and morale are at an all-time high. I think it has a lot to do with our work environment. Work-life balance is important to us here, and we strongly believe people need to have lives outside the business.”

Clients also feel the benefits of the Halunen culture. Lori Seviola said, “Clayton is exceptional. He went out of his way to make sure I was comfortable with every decision. He is a tenacious person and left no stone unturned. I knew every step of the way, Clayton had my back and did it in a way that I felt respected and heard. … His approach made me know I mattered. Clayton put my interests before his, and in the end, he made things right.”

In the emotionally-charged struggle to right the wrongs, Halunen and his team strive to resolve matters in a way that leaves clients feeling justice has been served, and that gives them the peace of mind to move on with their lives. “We’re fighters. That’s our reputation. I guess it could have a negative connotation in some ways, but we’re proud of it because people tell us that’s why they came to us. Every time we take on a new case, it’s a fight. Nobody is going to say, ‘You’re right. Here’s a check.’ We have the burden of proof, and the deck is stacked against us every day. But we continue to fight, and we continue to succeed.”