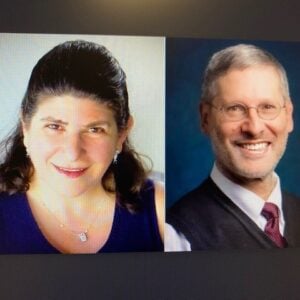 Sexual abuse. Sexual grooming. Unlawful restraint. False imprisonment. These are all serious allegations, too frequently minimized by individuals in positions of authority.  How can we protect children and assure that perpetrators are prosecuted? One, by not ignoring outcries of abuse. Two, by assuring that those in authority understand that when a child is groomed by an adult or by another child such actions may be accompanied by unlawful restraint, false imprisonment and/or criminal solicitation of a minor.

In the recent case of Smitherman v. State, the Fifth Circuit District Court in Dallas upheld a conviction, finding that there was sufficient evidence for a reasonable jury to conclude that the circumstances presented a situation where a minor victim’s liberty was so compromised as to constitute unlawful restraint, false imprisonment and criminal solicitation with the intent of sexual assault or sexual performance. In such cases, appellate courts must realize that the minor victim’s testimony can be supplemented by other incriminating evidence and thereby connect the accused with the crime.

The defendant, David Monroe Smitherman, was found guilty of unlawful restraint of a minor who was under the age of 17, and of criminal solicitation of that minor. Smitherman was “sentenced to two years in state jail and fifteen years’ confinement in the Texas Department of Corrections, to run concurrently.” He appealed on two grounds, challenging the sufficiency of the corroborating evidence as to unlawful restraint and criminal solicitation.

Smitherman worked for Jim Harris for many years. Jim lived on property owned by his sister, Kleta Harris. Smitherman spent most days on the property. He was a trusted employee whom Kleta valued enough to tell her 13-year-old granddaughter, Ella (a pseudonym used at trial), to go to Jim if she ever needed anything.

In May 2020, Ella and a younger cousin wanted to ride a golf cart around the property. Kleta admonished them to ask Jim for permission. When the children got close to Jim’s home, Smitherman walked out the front door. The children asked Smitherman if they could ride the golf cart. Smitherman gave them permission, noting that he first needed to jump the battery. Smitherman instructed Ella to get in the truck he used to jumpstart the golf cart. While holding a beer, Smitherman leaned through the driver’s side window of the truck and began asking Ella a series of inappropriate questions, including “if she ever touched herself, if she knew about orgasms, and if she wanted him to give her one.” Smitherman proceeded to threaten the young teen, indicating that he would tell her relatives that he had, three days previously, caught her with a vape pen if she did not “let him touch her.”

Smitherman repeated his questions many times. Ella ultimately exited the truck and left as she did not want her cousin to hear the nature of Smitherman’s questions. Ella and her cousin then entered an RV on the Harris property, which was used as a playhouse. After a while, Ella took her cousin home and then returned to the RV playhouse. Soon after Ella returned to the RV, Smitherman knocked on the door and entered the RV. He sat down on the couch where Ella was seated, “touched her thigh and her face, and said ‘[i]f you want me to stop or you get grossed out, just tell me to stop.’” Smitherman made a series of “vulgar” statements, including representing to Ella that he had slept with her mother and had engaged in cunnilingus with her. Smitherman again placed his hand on Ella’s thigh. The teen moved his hand, and instructed him not to touch her. When she tried to walk away, he threatened her, saying that if she told anyone about his behavior, he would tell them about catching her with the vape pen. Smitherman also grabbed the child’s arm hard enough to keep her from leaving. When he let go, she sat down. Smitherman continued to discuss blackmailing her. Ultimately, Ella got out of the chair, and began screaming at Smitherman who stood poised between the stairs leading to the passenger and driver seats of the RV. Ella screamed at Smitherman to leave the property and never return. She ultimately punched him and told him she would call the police if he did not leave. After a few more inappropriate remarks, Smitherman slammed the RV door and left. Ella did call the police and made an outcry.

Fortunately, there was a witness who corroborated that Smitherman had been drinking that afternoon. The witness, Holly Deatherage, lived on the Harris property, knew the family for about 10 years, and testified that she heard a female in the RV scream, and then observed the door slam shut. Deatherage testified that she saw Smitherman stride away from the RV, and she added that “he seemed ‘kind of intoxicated.’” While Smitherman claimed that no one was in the RV, Deatherage ran to the RV and found Ella where she was still in the process of making a report to the police. Ella took part in a forensic interview within one week of the incident. Her interviewer described her as “very matter of fact … very articulate … and she answered the questions genuinely.”

Smitherman challenges whether the child was indeed “confined.” In reviewing the record in the light most favorable to the verdict, the appellate court must review the evidence and draw reasonable inferences. Here, Smitherman committed the offense of intentionally or knowingly restraining Ella. Smitherman entered the RV without being invited. He sat close to Ella, touched her face and her thigh and discussed having sex with her. She hit his hand away, stood up, and tried to get away. Her response, “I knew I could leave but didn’t want to get in trouble, so I didn’t,” did nothing to diminish the fact that a reasonable jury could and did find that by grabbing the child’s arm while threatening to blackmail her by telling her relatives that she had been vaping, Smitherman intimidated her.

Restraint can be accomplished by intimidation. Said differently, one cannot and should not be coerced into consenting to remaining where one does not wish to be. In addition, Smitherman’s behavior at the truck with the child was the start of his attempts to groom, coerce and intimidate the child.

When does criminal solicitation occur?

When a person, with the intent that sexual assault or sexual performance be committed, requests, commands, or attempts to induce a minor to engage in specific conduct, that under the circumstances surrounding the actor’s conduct as the actor believes them to be, would make the minor a party to the commission of sexual assault or sexual performance.

Besides Ella’s testimony, the Dallas Fifth Circuit Court of Appeals concludes that “the State presented other evidence tending to connect appellant with the offense of solicitation of a minor, thereby meeting its ‘low hurdle’ for conviction.”

Often, sexual predators engage in grooming behaviors. Those behaviors may include flattery, coercion, physical intimidation, as well as threats to harm the victim or the victim’s family. What to watch for?

In Smitherman, the jury watched and listened. Ultimately, the appellate court decided it acted appropriately by properly weighing the credibility of the corroborating witnesses.