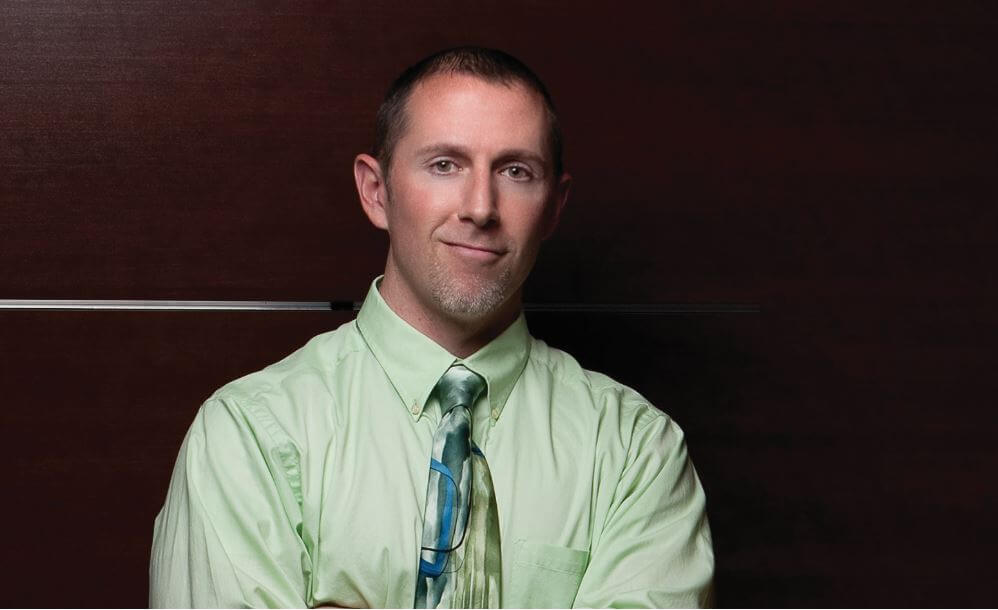 Dan Warshawsky, partner in Warshawsky Seltzer, PLLC, says an attorney should consider himself or herself a partner with each client. “Not in the legal sense, but in the business sense. As a good partner, you have to be informed, involved and responsive. With our flat-fee model we encourage our clients to get us involved in all kinds of decisions. Really the difference is being much more involved with the underlying business of each client.”

Warshawsky Seltzer, PLLC is a boutique law firm specializing in franchise law. The staff includes two partners, one of counsel and two paralegals, with plans to add one or two more attorneys within the next year. The firm’s clients include approximately 50 franchise systems locally, nationally and internationally, as well as a variety of nonfranchise clients.

“I work with interesting people – serial entrepreneurs – and some of the ideas and things they’re doing are cutting edge, which ensures that every day is new and exciting. It’s not just applying the law to the same set of facts for different clients. Every client is different, with a different business in a different industry and different needs, and that’s going to impact and help mold the specific expansion strategy that we develop for them,” Warshawsky says.

A SLOW EVOLUTION TO A FAST-PACED BUSINESS

Many of Warshawsky’s family members were doctors and he assumed that he would follow the family tradition.

He attended the University of Colorado at Boulder, graduating with a degree in economics and environmental studies. After initially considering medical school, he opted against a career in medicine. He met with a career counselor and took a battery of tests that showed strong points in logic, reasoning, math, arts and the sciences.

“The legal profession was first raised by the counselor. Being a lawyer was something I had never considered. I assumed being a lawyer meant running into a courtroom like Matlock and I’m not the adversarial type. I would rather help a business grow than fight about something. Litigation really wasn’t for me. But the more I learned about transactional law and how it aligned with my background, the more excited I became. It was a gradual process,” he says.

The process took him to the University of Arizona where he earned his Juris Doctor.

He says that the idea of specializing in franchise law was just something he stumbled into.

Early in his career he worked in the business finance group of a large firm, handling banking and regulatory work which he describes as providing a good analytic foundation for the work he does now.

At the time the business finance group was also a catchall for attorneys who didn’t have enough people to form their own group. Jim Ullman, an attorney handling franchising for his former firm asked him to help out on a project. “I didn’t even know what franchising was at the time; I’d never even heard of it. I completed my first franchise project and I was hooked. I had to train a replacement to take over the finance work I was doing and I became focused on franchising full time.”

The concept and the drive stayed with him. Early in 2013 he met his partner Bret Seltzer and began working with him on a contract basis. Eventually he brought up the idea of branching out on their own. The two explored the concept, completed a successful trial run and formed Warshawsky Seltzer in 2013.

Managing and being an attorney in his own firm was the fulfilment of a dream, one that is different from earlier experiences. “I started out as an associate at Greenberg Traurig and I was somewhat removed from the clients. I was in the finance department and it was really maneuvering through a complex set of laws and regulations and applying them to the various situations, trying to solve problems. There was that distance between me, as the attorney, and the client. I was seeking more client interaction, which is what I enjoy most about my current practice and clientele.”

Being a manager and an active attorney at the same time has proven to be a challenge, but it is a challenge Warshawsky finds rewarding and one that ultimately benefits the firm’s clients.

“Frankly, it makes me much more effective when I put on the legal hat. You can’t make good legal decisions without context. The client can throw a series of facts at you, but in isolation without the bigger picture, you may steer them down a path that doesn’t serve their long-term interests. Running my own business just makes me a more effective advisor, able to understand the business aspects and provide better advice,” he says.

Warshawsky’s business philosophy is to focus on the positive and the possibility of great success, a feeling he credits in large part to the entrepreneurial spirit of his clients, the challenges they have overcome and the successes they have achieved.

“Even if a client is facing a tough issue in an adversarial situation, there’s always the next call from a client with good news,” he said. “There are ups and downs, but hopefully for every down there are two success stories. I focus more on that. Obviously we have to get them through the tough times, but it’s the successes that keep driving me.

“I try to look at every client in the sense that he or she could be the next McDonald’s,” he continued. “They all have dreams to become the next big thing, and I try to get them there. Each is at a different stage with different resources and a different infrastructure. Some businesses are more unique than others. Some aren’t going to make it, but that’s not going to be because of me. I treat every client like they are going to become the next household name and I think they appreciate that.”

The partners look forward to a successful future and are very excited about their recent addition of attorney Aaron Gagnon of Kahala Franchising as the firm’s of counsel.

“Now that we have gotten through the stabilization period, our goal in 2015 is to focus on the business, not just being in business,” he said. “There are a lot of exciting things going on. Now that we have the vehicle, we can just plug-and-play with adding the right legal professionals like Aaron who complements Bret and myself. It’s going to be a shift in focus this year and we’re excited for it.”

“MY FAMILY IS MY HOBBY”

As Warshawsky works seven days a week, his spare time is spent with his family. “I guess you could say my family is my hobby at this point,” he said.

He and his wife, Kim, a litigator, were married in 2002. They have two children.

“We do things around the house, watch a lot of Star Wars movies, we go to the park, and in the summer, we spend a lot of time at the pool. My birthday gift this year was a foosball table, so we play a lot of foosball, ping pong, typical stuff. It’s tough with two attorneys working full time, but we try to spend as much time together as a family as possible,” he said.