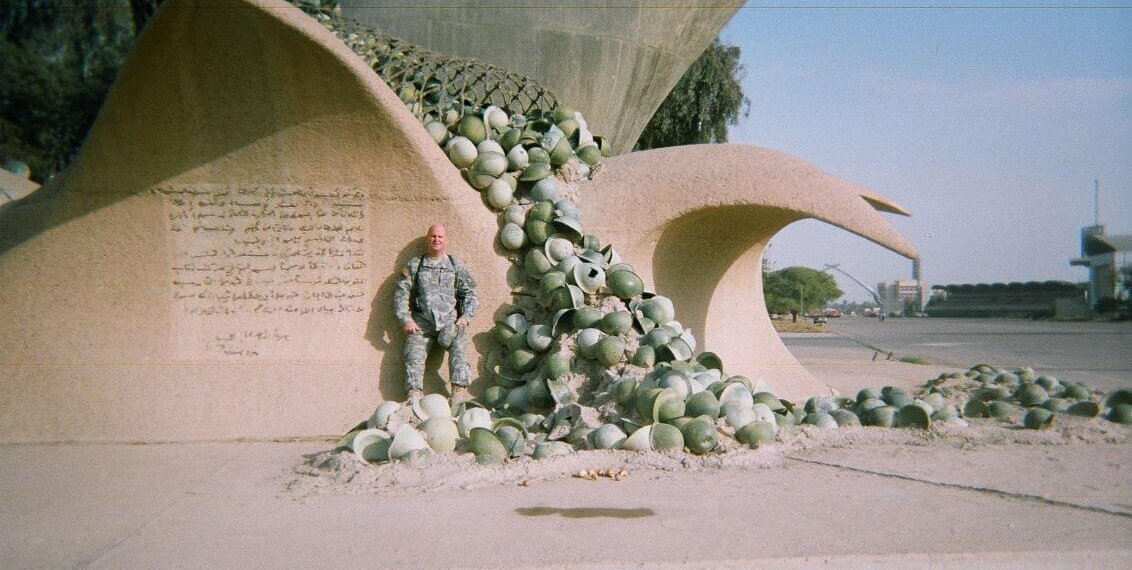 Health care attorney Daniel Glessner sat down with Attorney at Law Magazine Cleveland publisher Jim Shultz to discuss his career both in the military and in the law for the 2018 Veterans in Law Special Issue.

AALM: Tell us a bit about your military career.

Glessner: I had many interesting jobs in the Army. I was commissioned as a field artillery officer out of the University of Dayton ROTC in 1988. After attending the Field Artillery Officer’s Basic Course, I joined the 3/92nd Field Artillery in Akron, Ohio. I remained with FA units for the first 10 years of my career. I then transitioned into the 319th QM Battalion as a petroleum support officer and served as a battalion operations officer and battalion executive officer. I was a detachment executive officer for the 319th QM Detachment in Iraq from June 2005 through my return in October 2006.

Our detachment was responsible for importing, storing and distributing fuel for all military operations in Iraq. I was based out of Balad, and had teams stationed in Al Asad (near the Syrian border), Baghdad (working with the State Department) and Mosul (in Northern Iraq).

My final 10 years I spent as an instructor of Command General and Staff College. I taught a course to aspiring majors that they needed in order to be considered for promotion to lieutenant colonel. This job was very rewarding. I taught in Columbus, Canton and did two-week rotations in Fort McCoy, Wisconsin and Fort Dix, New Jersey.

Glessner: Definitely Mr. John Lowry’s senior year government class led me toward practicing law. We had a mock trial in which I played a key part and decided that a career in law was something that interested me. He was a great teacher and mentor!

AALM: What was the greatest lesson you learned in the military or law school?

Glessner: The greatest lesson I learned in the military was to put my own needs and wants behind the needs and wants of a higher purpose. Sacrifice is a way of life for our men and women in uniform. Whether that means eating last so that you make sure that your soldiers get enough to eat or whether it means leaving your family and small children behind to answer the call, there are plenty of opportunities for sacrifice. Law school and the military also taught me perseverance. Both required me to put my nose to the grind stone and work through. This is a life lesson that I try to employ in everything that I do.

I attended the Saddam Hussein trial. It was eye opening to see the differences between our court systems. I only attended one day of the trial, but I was able to see inside the Iraqi people and get perspectives from the prosecutors, the victims, and Saddam Hussein himself

AALM: What experience taught you the most?

Glessner: I attended the Saddam Hussein trial. It was eye opening to see the differences between our court systems. I only attended one day of the trial, but I was able to see inside the Iraqi people and get perspectives from the prosecutors, the victims, and Saddam Hussein himself as I watched their testimony and comments in awe. This was a country that was badly hurting from years of his rule and a country that was showing resolve in finding a way forward.

Glessner: Brouse McDowell’s well-known reputation drew me to the firm. After my deployment there was an opportunity to join the firm and head their health care practice group. The firm enabled me to develop health care clients as I was able to assist them with the wide array of issues beyond my specialty. I was the health care practice group chair for several years and now have concentrated my efforts to the firm’s executive committee. This enables me to be involved in strategic decisions to put us in the best position for the firm and my colleagues to succeed into the future.

Glessner: Our culture is excellent. We do not operate with an individualistic mindset. I have the privilege to serve with some of the best attorneys in their area and frankly with some of the best people I have met in my life. We are team oriented and do not have to succeed at the expense of each other. I have had two jobs in my legal career. I spent 17 years as in-house counsel at Akron General Medical Center, another wonderful organization, and now have been at Brouse McDowell my entire private practice career for 11 years. I consider myself very lucky to have been associated with the Army, Akron General and Brouse – three first-class organizations.