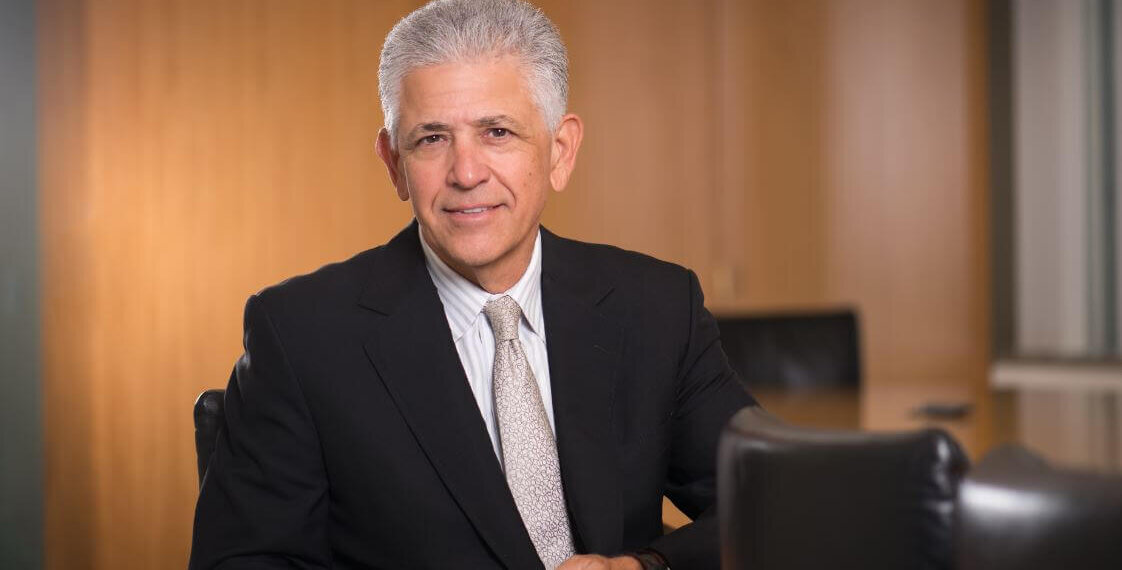 Many young people don’t know what they want to do with the rest of their lives, but highpowered trial attorney Daniel Petrocelli did, and it wasn’t practicing law.

Petrocelli, partner at O’Melveny & Myers and chair of the firm’s trial practice committee, chose music as his major while attending University of California, Los Angeles. But he soon realized that in spite of his love for the trumpet, music wasn’t going to pay the bills. So he switched to economics and after graduating with his bachelor’s degree, went to work as an internal auditor at City National Bank. While working at the bank full-time, he decided to go to law school at night, attending Southwestern University Law School. He graduated in 1980 and joined Mitchell Silberberg & Knupp, where he hoped to combine his background in music with his law career by practicing as a music lawyer.

Petrocelli’s firm had other ideas, so he soon found himself in the litigation group. He credits this as the “best decision I never made,” and it set him on a path that led to some of the most prominent cases and becoming one of the country’s most sought-after trial attorneys. The case that catapulted him to fame was the O.J. Simpson civil trial, in which he represented the family of victim, Ronald Goldman. Succeeding where the criminal prosecutors failed, Petrocelli and his team at Mitchell Silberberg proved that Simpson was liable for the 1994 deaths of Goldman and Nicole Brown Simpson and obtained an award of $33.5 million for the victims’ families, a judgment that Petrocelli notes has never been collected.

Petrocelli had tried and won other important cases before taking on the Simpson case, including for the famous industrialist Armand Hammer. Still, he didn’t feel at the time he was the right choice for the Simpson case. “I had never worked on a murder case, a wrongful death case or even a personal injury case,” he said.

He came to the Simpson case through the insistence of Paul Marciano, chairman and founder of Guess Inc., a longtime client and close friend of Petrocelli. Marciano was passionate that justice be done in the Simpson case and that Petrocelli was the one to do it, so he arranged a telephone call between Petrocelli and Fred Goldman, and the rest is history.

“I remember it like it was yesterday,” Petrocelli said. “When the jury came back with their verdict, the immediate feeling that enveloped me was fear – fear of losing, fear of letting down Fred Goldman and his family, fear of letting down our team and our firm, and fear of disappointing so many people who were counting on us to bring justice to this tragedy. I was also thinking my life is about to change in a big way and I didn’t know which way.”

The dynamic attorney’s life did change in a big way. The notoriety of the victory brought him immediate demands from clients on major cases throughout the country. With his expanding practice requiring a much larger law firm, he decided to move to O’Melveny & Myers in 2000.

“I spent 20 wonderful years at Mitchell Silberberg,” he said. “I came to O’Melveny because it offered a broader platform of expertise and resources that I felt I needed for my practice, and it’s worked out exactly how I hoped.”

One of his first high-profile cases with O’Melveny, and his first-ever criminal case, was representing former CEO of Enron Jeffrey Skilling following the company’s financial collapse in what was widely viewed as the biggest white-collar case ever prosecuted by the U.S. Department of Justice. Although Skilling was convicted, Petrocelli and his team won a number of acquittals. They took the case all the way to the U.S. Supreme Court, winning a landmark legal ruling. Eventually they succeeded in shaving 10 years off Skilling’s 24-year prison sentence, a testament to the perserverance of Petrocelli and the defense team.

Petrocelli is often retained in high-profile cases, and the list of his clients over the years is long and varied and reads like a “Who’s Who” of the largest companies spanning virtually every major industry and many prominent celebrities and individuals.

“I bond very closely to my clients and their cases,” he said. “The cases can consume me.”

He describes the process he uses to prepare for major trials.

“Like most lawyers with large caseloads, I rely heavily on my colleagues,” he said. “Once a case gets close to trial, especially a significant one, I shut off the phone and computer, find a trial site outside the office, and hunker down with my team. There are no distractions. The only thing we’re thinking about, talking about, and dreaming about is winning the trial. It’s a great personal sacrifice for everyone on the team to spend so little time with their families, but it’s also one of the most rewarding and fulfilling times as a lawyer. You become a tight-knit family and develop enduring bonds.”

Petrocelli developed his trial skills with the help of mentors, including the late Arthur Groman, who was the senior partner at Mitchell Silberberg & Knupp.

Petrocelli said, “He was like a second father to me and was really the defining force in my career.”

The New Jersey native grew up with three brothers, and that experience helped him hone his competitive edge. “Growing up in a household of four boys, you learn fast how to assert yourself,” he said. “I’m a competitive person. I love sports, but have no athletic ability. So, I found a way to channel my competitiveness through my work. When you litigate high-stakes cases, you had better be competitive.”

Away from work, Petrocelli focuses on his family. “That is really all I do,” he said. “Work and family. I don’t have time for much else, except, I guess, New York Yankees baseball. I’ve been a die-hard fan since I was a kid.”

Petrocelli’s wife, Alison, is also an attorney. “She’s my soulmate,” he said. Petrocelli has four children, two grandchildren, ages 6 and 4, and another grandchild on the way. While he no longer plays the trumpet, he has a piano at home. All the kids and grandchildren play the piano as well.

“My family has always supported me,” he said. “I am very lucky.”

He also feels he is lucky to have “fallen” into his law career. “To do what you love to do is a real gift.”