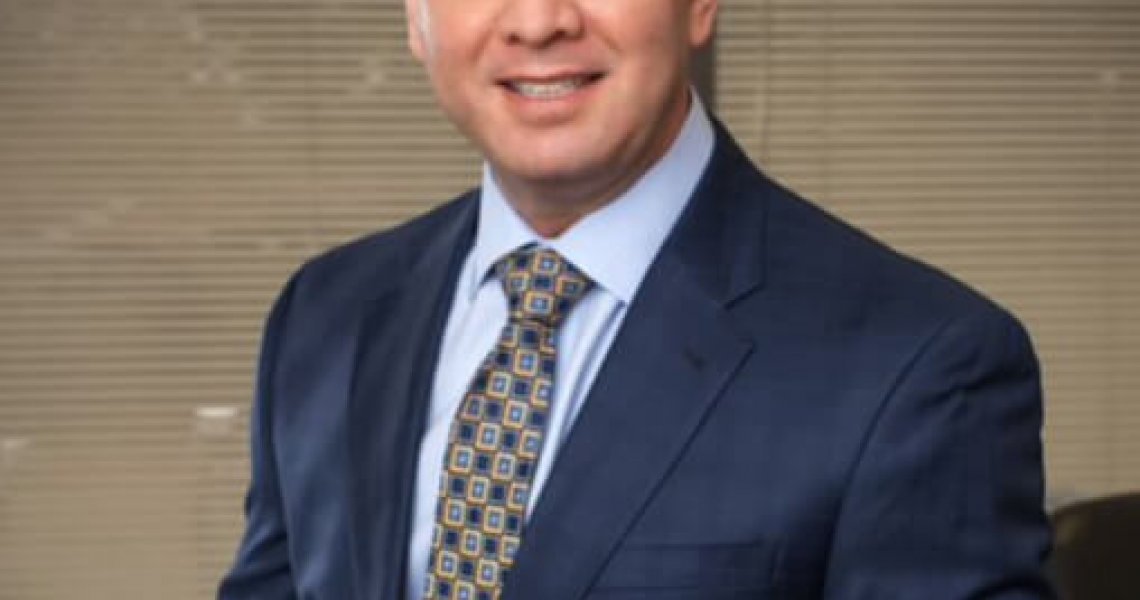 David Fernandez: Making a Difference for Consumers Through the Law

When consumers find themselves in debt, they might soon come to realize that they are simply not able to recover financially on their own. In those situations where debt has taken over, David Fernandez is the ultimate champion for the consumer, utilizing a deep insight and decades of proven experience and success in assisting his clients to negotiate down debt or erase it completely.

THE CALLING OF THE LAW

Fernandez’s initial interest in the field of law came at an early age. “This may sound strange, but as a kid, I knew I wanted to be involved in law,” explains Fernandez. “I just knew it and I wanted to be involved with it in the area of politics, specifically. It was just always in me. I really like history and I pretty much read everything I could get my hands on in terms of history. I noticed that most of the founding fathers were either land owners or lawyers and I grew up thinking, ‘I want to make a difference in this world and law would be an excellent way to do that.’”

Since his trajectory into law was already firmly solidified, Fernandez went on to attend Thurgood Marshall School of Law. “There was a very diverse faculty and student bar. It was quite interesting for me, having been raised in Texas where it is mostly a Hispanic and white population. Then moving to Houston, I got to experience a multi-cultural, multi-ethnic and religious center. Law school really reflected that diversity. So, I really enjoyed my law school career.”

During law school, Fernandez was married and his wife at the time was also attending
law school at a different law school in Houston. I had a built-in support system. Fernandez says, “There were some really great law professors whose classes I enjoyed, too. I wouldn’t say they were mentors, but I just always absorbed the information that the great law professors provided. On top of that, I married into a family that was in the legal community. My ex-father-in-law was a district judge, so law was all around me. He taught me that the law was always expanding and subject to interpretation, so the ability to analyze and develop a legal basis for a position was what made great lawyers.”

Although his marriage from his law school years didn’t last, Fernandez moved full steam ahead with his law career. Fernandez clerked at a firm that specialized in criminal defense. “That was quite interesting because my favorite course in law school was constitutional law and constitutional law is quite applicable in defense work,” he explains. Although he got his legal feet wet in the area of criminal defense, he still had a deep interest in politics.

After law school, Fernandez worked for then Texas senator, now Congressman Gene Green at the capitol in Austin, Texas. During that year and a half, he was truly able to combine his love of law and politics. “I gave speeches to large groups for the senator wrote speeches for him as well. I met a lot of people up at the capitol. It was really a great time for me because the political world interested me,” explains Fernandez.

After much hard thought and with the encouragement of his then wife, Fernandez left Senator Green to make his first run at political office. At about that same time, he worked for and joined his first law firm that was comprised of approximately 16 attorneys.

“The political office I sought was a justice of the peace position. Judges on this bench hear small claims such as debt claims and evictions. I really thought it would be a great place to make a difference for the hard working little guy who rarely gets to be heard. I met an enormous amount of people working for the senator and decided to run for my first election as justice of the peace.”

While the campaign did not end in Fernandez being elected, it did allow for him to meet thousands of people, and shake hands and meet real ordinary people faceto- face. “In that respect, the campaign was totally worth it,” Fernandez stated.

From the campaign, Fernandez went on to work for a mid-sized firm with 16 attorneys. He stated that he was honored to have started his legal career with a firm dedicated to helping people who had been injured on the job or as a result of an auto
accident. In the brief three months he was with the firm, he brought to the firm approximately 30 cases and it became clear to the new attorney that bigger things were in store for him.

Fernandez discussed his departure with the firm and to his amazement the principles in the firm noticed that he was bringing in his own cases and encouraged him to spread his own wings and fly by establishing his own firm. That he did and in 1993 he established his own firm. “My former law firm was so good to me and let me keep all those cases that I had brought in. They were just really good people,” he says.

The Fernandez firm handled personal injury, some criminal defense and work for the juvenile court system.

“One of the first cases I signed up turned into a multimillion-dollar personal injury
case,” explains Fernandez. “Hard work, perseverance and some luck brought me success early on in my career. We grew enormously and by 1995, we were helping 700 clients a year and had 16 or 17 people at the firm. It was good, but it was too much. By 2002, it was just too much for me.”

It was time for a break and Fernandez sold the practice and went on sabbatical for five years, traveling the world and enjoying some free time.

This extended time away included a dream that Fernandez had of discovering and exploring his ancestry. Over the course of four years, he lived in and traveled extensively in Mexico and learned to speak Spanish. While there, he was able to study at the International University at Cuernavaca and even spent time volunteering at the local IMSS Hospital. Additionally, he traveled to Peru where he was a volunteer English teacher in one of the local grammar schools in Cusco, and enjoyed discovering Venezuela, Spain, France and England, too.

Upon returning to Houston in 2006, Fernandez created a debt settlement company specializing in restructuring consumer and commercial debt. “I came back and I noticed debt,” Fernandez says matter-of-factly. “There are always advanced signs of future economic turmoil and the signs were evident by 2006. I said, ‘I need to help people so I opened my own debt settlement company and then eventually shifted everything over to my new law practice in 2009.”

That company, Debt Elimination Specialists, LLC, was soon subject to very heavy federal regulation due to the nature of the industry and Fernandez discontinued the company in 2009. Once he got into the groove with his re-established law practice, he became an advocate, strong voice and champion for those who, for one reason or another, found themselves facing unsurmountable debt.

“People don’t start out by intentionally trying to double cross creditors,” Fernandez states. “That’s not how it works. Most people that I work with have had some financial distress caused by loss of job, loss of income or health – usually cancer or some type of catastrophic health issue.”

Even when there is some kind of a catastrophic health diagnosis or accident requiring extensive payments in for health care, rehabilitation and recovery, Fernandez is still able to expertly navigate debt solutions for his clients.

As an attorney, he recognizes the emotions and frustration that almost always come with debt and collections. “There is a solution and I’m part of that solution for some people,” says Fernandez. “If a debtor is sued on a debt and I can’t get a case dismissed or defeated in court, then my firm negotiates a settlement to include a discount of the debt with easy terms for payments.

That’s what I do.” Indeed, the majority of the firm’s suits involve debt collection defense. There is no need for a consumer to feel bullied or despondent when there is a knowledgeable and highly effective attorney that will go to bat for his clients when they need it most.

“Most people think that just because they have been sued on a debt, purchased goods with a credit card and get sued, they’re going to have to pay,” states the attorney. “There’s a moral issue as to whether someone should pay on a debt, and then there is a legal issue as to whether someone is found to be legally responsible for that debt. This can be a little bit harsh to some because as a business man, I want to be paid, too. But under the law, the plaintiff has to prove his case and sometimes, for whatever reason, they just can’t.”

Just because a bank or creditor sues, doesn’t necessarily mean someone necessarily has to pay, and this is one of the areas that Fernandez spells out when he’s working with a debt client. “This is why a debtor who has been sued needs a good lawyer. I make sure their rights are defended and protected.”

Fernandez takes the stress and guesswork out of debt situation. “We make this really simple for our clients them,” he says. “They have their own stress. Being sued is stressful enough, so we really make this ‘handsfree’ for my clients. Once they sign a letter of engagement with me and I represent them, there are very few things they have to do.”

Outside of some discovery responses and answering a few questions, there is not much else that is needed. Most frequently, the client doesn’t even need to appear in court, even if Fernandez needs to go to trial. In fact, it’s rare his clients have to appear for trials. Fernandez handles the entire case usually without much client participation.

“When you make $100,000 and then you lose that income but continue spending like you make $100,000, something’s got to give. That’s usually the credit card,” says Fernandez. He works to get the debt erased and put his client back on the right credit track.

Fernandez has a wonderful track record of winning cases for his client. The website for the practice includes an overview of the more memorable or unusual cases that he has won for clients, including those involving student loans. It is no secret that often, student loan rates can be excessive and even after college graduation, student loan debt can continue for a decade or even two. Fernandez states, “I’ve saved millions for my clients in private student loan debt alone.”

The Next Generation of IP and Technology Trial Lawyers