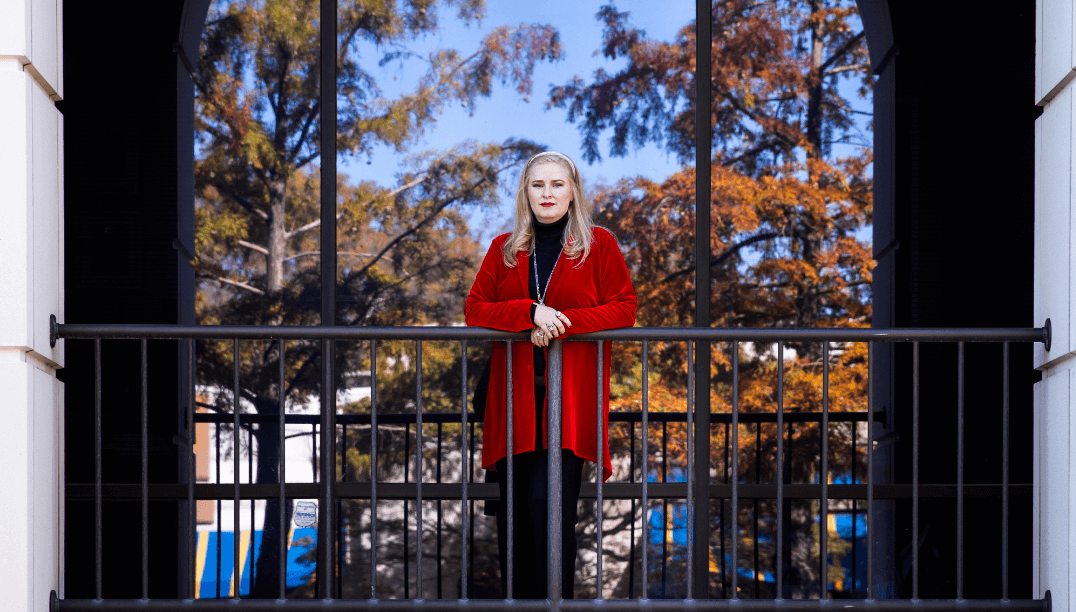 Deandra M. Grant, managing partner of Hamilton Grant PC, combines a unique set of skills to represent people charged with DWI or other criminal offenses. Interestingly, her empathy and commitment to rescuing the lives and reputations of her clients extends to the rescue of man’s best friend.

“My work as a co-founder of an animal rescue is an example of my personal commitment to making my corner of the world a little bit better,” Grant says.

MIXING SCIENCE WITH THE LAW PROVES FORMULA FOR SUCCESS

“Very few have the science background I have – master’s degrees in pharmaceutical science and a graduate certificate in forensic toxicology – it’s an unusual combination for a criminal defense attorney to have,” says Grant.

The firm’s practice areas include DWI and criminal defense. Grant manages half of the firm’s nine Texas offices – Dallas, Fort Worth, McKinney, Denton and Austin.

Attorneys often go to great lengths to enhance their education and experience, but few have taken the commitment so far as Grant. She has completed the certification course to administer standardized field sobriety tests and also serves as an SFST instructor. In 2011, she began studying gas chromatography at Axion Labs in Chicago. In 2012, she became a member of the American Chemical Society and the American Academy of Forensic Science. In 2015, she earned the ACSCHAL Forensic Lawyer-Scientist Designation. In 2016, she completed a graduate certificate in forensic toxicology from the University of Florida’s College of Veterinary Medicine and a master’s degree in pharmaceutical science – concentration in forensic science from the University of Florida’s College of Pharmacy. In 2019, she joined the faculty at Axion Labs as an assistant chromatography instructor. Annually she presents at around 15 legal seminars.

This mix of science and legal expertise has proven to be a formula for success for Grant. “I don’t often have to hire experts because I can review the material myself. It’s also a great edge in the courtroom,” she says.

DISCOVERING THE PATH TO FORENSIC SCIENCE

Grant graduated in 1990 from Trinity University in San Antonio with a Bachelor of Science in business administration. She earned her law degree from the SMU School of Law and was licensed by the State Bar of Texas in 1993. Having spent her last year of law school as an intern with the Dallas County District Attorney’s Office, she began work there as an assistant district attorney in January 1994.

Grant’s tenure as a prosecutor focused on DWI prosecution. In 1995, she founded her own firm. In 2011 she began work as a co-author of The Texas DWI Manual. The annually updated book was first published in 2014 and is now in its eighth edition.

These days more of her work is focused on analysis – the problems that take place once the blood gets to the lab. Errors can occur even before the blood draw happens, such as mishandling the equipment. Other problems may be related to blood transport, storage or pre-analytical preparation.

“If you don’t know what to look for you could easily overlook an error that could affect your client’s case.” she says.

She has now practiced criminal defense for nearly 30 years and has represented hundreds of Texans charged with criminal offenses. As a former prosecutor, she knows firsthand how to counter the prosecutor’s evidence and strategy – another element mixed into her success formula.

Grant supervises all the lawyers in all her offices as the de facto case manager. Although she has her own docket and still handles DWI cases, she also defends a lot of accident cases involving serious injuries or death. Forty percent of her docket is as co-counsel with other attorneys. She’s earned the label “The Lawyer Lawyers Call.”

“I’m a big believer in the systems I have in place to make sure cases are handled efficiently,” she says. “As long as my lawyers are following our protocols, things operate smoothly. I’m not a micromanager, but I’m very organized. I do keep an eye out on all the cases to make sure the client is being handled appropriately. We have more than 300 pending cases, so that’s a lot to supervise.”
Grant says that empathy is a big element in the mix when dealing with people who are facing the worst experience of their lives.

“You have to practice a lot of patience with people who are sometimes emotional, irrational, who possibly have unrealistic expectations. You have to remain calm and patient with people. A lot of our clients need hand-holding, referrals, mental health treatment, alcohol or drug treatment, or they might just need a shoulder to cry on. You wear a lot of hats as a defense attorney,” she says.

LIVING AND PROVIDING THE DREAM

Grant’s life outside the office revolves around her family and her dogs. She and her husband have been married since 2002. They have a son, 17, and a daughter in the seventh grade. They also have five rescue dogs with their own Instagram account @5wienerpack. The family enjoys taking RV trips, cruises and traveling the world.

She is a self-described “wine snob” who hosts a YouTube show called “Wine’ing About the Law.” She also hosts a show called “Forensics Corner.” Both can be found at HamiltonGrant.TV

One of her great personal interests is in rescuing dogs. She is a co-founder and vice president of Living the Doxie Dream Rescue & Sanctuary, located in Royse City, Texas. LDDRS rescues Dachshunds and other small breeds. At any given time, the rescue has up to 40 dogs in residence.

“Some can’t be adopted due to abuse or illness, but others can. We adopt our dogs out to new homes whenever possible. If not, we built a building and care for those who live there. Dogs truly are man’s best friend and it’s extremely rewarding to be a part of their rescue,” she says.

The variety of life, at home and in the office, provides a constant sense of joy and satisfaction, Grant says.

“I enjoy that every case is different. I look at each case as a puzzle. I’m trying to gather all the information to put together a picture of a defense. I enjoy reviewing laboratory discovery and medical records. I find it interesting and I spend a lot of time with those documents. Every day I go into the office I don’t know what’s going to happen and that’s exciting.”

For more information about Grant and her practice, visit Hamilton Grant PC.