Equal Employment Laws Do Not Protect Freelancers, So What Should They Do When They Face Discrimination? 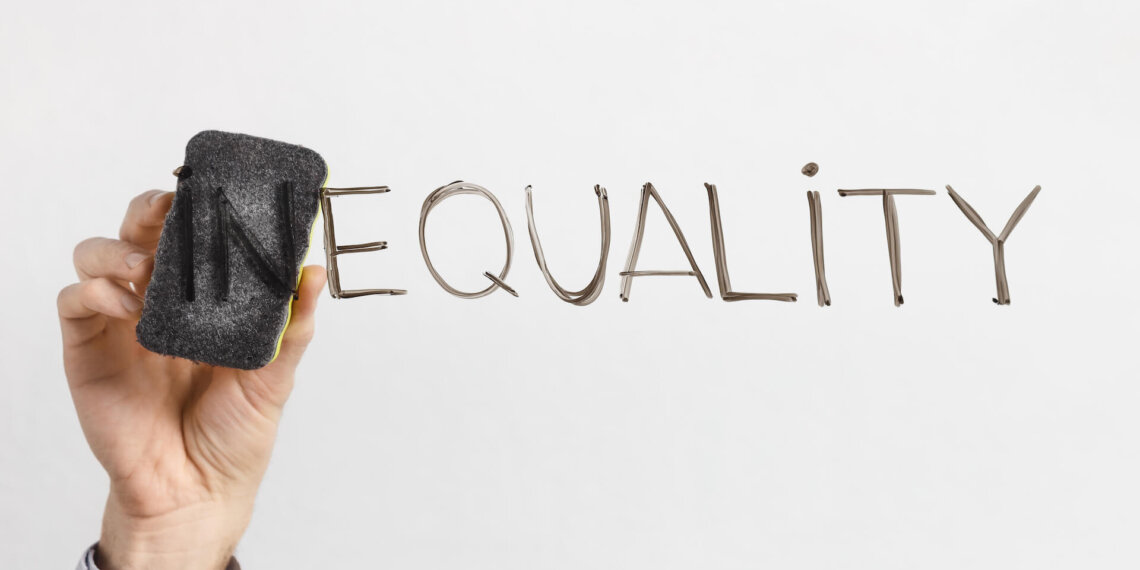 If you talk to a few freelancers, you will hear all kinds of stories about blatant discrimination in the industry. These stories range from mildly disconcerting to blood-boiling infuriating. For example, hard-working female freelancers have stopped receiving work from regular clients after they discovered that the freelancer was pregnant, which is a clear violation of employment laws.

However, if you are a freelancer facing discrimination, you cannot file a lawsuit because freelancers are not subject to employment laws. In other words, a client may dismiss you tomorrow for your sexual orientation or religious beliefs or be involved in any form of discrimination under EEOC rules, and you will be unable to seek any recourse under the current employment laws.

Are there any other ways you can be protected under employment or anti-discrimination laws? Our California labor attorney explains what freelancers should know about fighting discrimination.

How Did This Happen?

Subsequently, the NLRA decided that independent contractors did not have the same protection as employees but did not specify whether the two groups were separated, nor how. That distinction was left up to the NLRB to make. Notably, the agricultural and domestic industries were excluded from protection under the NLRA out of sheer racism (since most workers at that time were non-white).

The rough distinction between employees and independent contractors has continued to apply since then and forms a part of major employment laws today. Estrada v. FedEx Ground Package System, Inc. (2007) 154 Cal.App.4th 1, 10. As a freelancer, the law regards you essentially as a small business owner who may even employ workers of your own.

As a result, freelancers are not covered under vital employee rights laws including the fair wage and hour laws, equal pay laws, and paid/unpaid leave laws.

Are there any protections for freelancers?

The good news is, despite the exemption of freelancers from most employee rights laws, there are still ways you can be protected as a freelancer. Some of the exceptions where a freelancer may have legal claims when dealing with discrimination include the following:

When the freelancer is essentially an employee

Some freelancers have a legally viable argument that they are not independent contractors but instead employees. The distinction between a freelancer and an independent contractor is not always clear-cut. If the client is controlling when and “how” you are conducting your job, that may suggest you are an employee. Flannery v. California Highway Patrol (1998) 61 Cal.App.4th 629, 638.

But that’s not the only test that applies in the state. Depending on the circumstances of your case, you may be confronted with different tests, including the new California “ABC”, the “manner and means” test used under wage and hour laws, and the “control” test used by the IRS.

If appropriate, you could make the argument that you are an employee and therefore qualify for EEOC protection. It doesn’t matter if you have paperwork stating that you are an independent contractor. Clients can often try to avoid liability by requiring you to sign documentation that explicitly states you are an independent contractor. But courts have emphasized that such written agreements are not determinative. G. Borello & Sons, Inc. v. Department of Industrial Relations (1989) 48 Cal.3d 341, 349.

You can check out the Internal Revenue Service (IRS) guidelines, and review your state’s guidelines as well to understand better if this is a viable argument for your situation. You can also contact an experienced employment lawyer who can advise you on your rights and any steps that may be open to you.

The anti-harassment protection under FEHA includes situations where a person is subjected to abuse, threats, or ridicule due to a protected status. If you are insulted, made to suffer crude jokes or inappropriate contact due to your sex, age, race, national origin, or gender, you may be protected under FEHA. You may also be entitled to protection against situations of sexual harassment from a client that provides work to you as a freelancer.

Contrary to popular belief, sexual harassment is not limited to only situations where you are made to endure an inappropriate sexual proposition. It includes all instances of intimidation, assault, or wrongful conduct on the basis of sex, gender, pregnancy, or pregnancy-related conditions. If you are being made to feel unqualified, incapable, or inadequate just because of your pregnancy, sex, or gender, you may be entitled to protection under FEHA. Singleton v. United States Gypsum Co. (2006) 140 Cal.App.4th 1547, 1564 [45 Cal.Rptr.3d 597].

When discrimination turns into criminal activity

In such situations, the California state prosecutor will determine if the facts require the filing of criminal charges and commencement of a criminal trial. You may also be able to pursue a separate civil action for the harm you suffered due to the encounter.

As such, even though freelancers are not covered under most anti-discrimination laws, freelancers can always take action against their clients for criminal activity.

How to Protect Yourself as a Freelancer

Considering the limited legal protection available for you as a freelancer, it makes a lot of sense to think about how you can protect yourself. Thankfully, there are ways you can do this, including the following:

Include an “out” in your contract

As a professional freelancer, you should have contracts drafted that protect your interest. You should run the exact language by your lawyer, of course. In any event, you can include a clause in your contract that states “In the event I experience or witness discriminatory behavior, including but not limited to [examples of discriminatory conduct], I have the right to terminate the project immediately and bill for hours spent.”

Practically, pursuing payment will be costly, time-consuming, annoying, and usually fruitless, but it does give you an “out” if you do experience discrimination. Plus, there may be ways to expedite any lawsuit you eventually file through a Small Claims Court, potentially increasing your chances of compensation.

On the other hand, if your contract obliges you to proceed with the project and you walk away mid-project due to discrimination, you can be legally liable. Including a “discriminatory behavior” clause would help prevent that from becoming an issue (unless the client wanted to contest your settlement and take you to court, which many clients will not, due to the time, cost, and potential harm to their reputation).

Due to the way laws are currently set up, freelancers do not have a federally protected right to organize. Freelancers are treated as small business organizations and are categorized under outdated anti-trust laws. As such, any organization among freelancers can be treated the same as “racketeering operations.” It may sound like an old-school recommendation, but joining a union may be your best bet.

A union can provide you with plenty of protection, including supporting you during a lawsuit against a client without violating anti-trust laws. In addition, a union can help with potentially crucial collective bargaining, especially if the service you provide affects a lot of freelancers who want to set standard prices.

In conclusion, until the current outdated laws catch up to the dynamics of the 21st-century workforce, it’s up to freelancers to protect themselves. The most effective way to protect yourself as a freelancer is to have an iron-clad contract with all of your clients. Lastly, keep an eye out for (and call out) discriminatory behavior when you witness it, and subsequently warn other freelancers. If you are a freelancer that has a discrimination claim against your client, contact Eldessouky Law today to discuss your legal options.