Ervin A. Gonzalez: Finding a Way to Impact Change 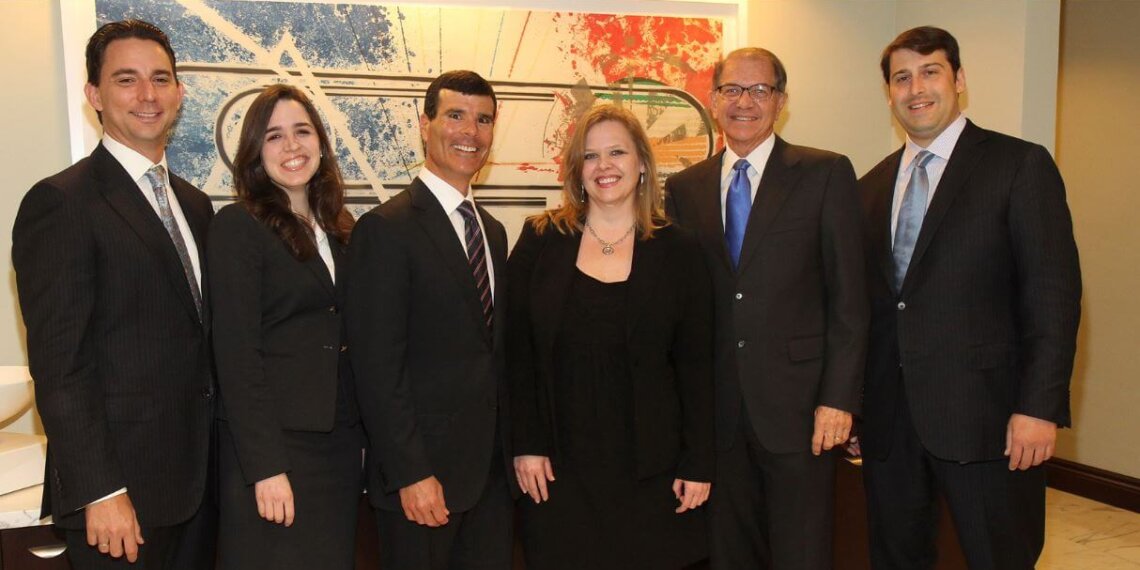 “I’ve Always Wanted to be in a Position to Impact Change” Ervin A. Gonzalez, a partner at Colson Hicks Eidson, a Coral Gables-based law firm with offices in New Orleans and Washington D.C., is board certified by the Florida Bar and the National Board of Trial Advocacy as a specialist in civil trial law and in business litigation law. He has earned a reputation as one of the leading trial lawyers in Florida and the country.

“I’m a civil trial attorney. My job is suing big companies that do bad things. I enjoy being able to make an impact for my clients and community through the use of responsible litigation. This allows me to use my profession the way it’s intended – to make the world better for others and to fix wrongs,” he says.

For instance, in 2005, Gonzalez and his team secured a $65.1 million verdict in a wrongful death case against Eller Media Company for the electrocution death of a 12-year-old boy. A Miami jury found that the boy’s death was caused by shoddy electrical work performed at one of its Miami bus shelters and awarded compensatory and punitive damages against Eller Media. As a result, most bus shelters today are lit by solar panels mounted on the roof rather than by electricity.

To date, Gonzalez has obtained 32 verdicts in excess of $1 million, including a $61 million award in a medical malpractice case, the highest award in a Federal Tort Claims Act. He has settled numerous multimillion dollar cases throughout his career, including a $100 million settlement with Service Corporation International, the largest funeral home operator in the nation, for the desecration of graves in a Jewish cemetery.

Gonzalez is involved in some of the firm’s – and the nation’s – largest legal proceedings. Federal Judge Carl Barbier of the Eastern District of Louisiana selected him among 300 highly qualified applicants to sit on the Plaintiff Steering Committee (PSC) in the multi-district litigation surrounding the BP Deepwater Horizon oil spill in the Gulf of Mexico. Gonzalez was one of two Florida lawyers – and the only one from South Florida – appointed to serve on the national PSC and oversee plaintiffs’ claims stemming from the spill.

Additionally, he was selected by Federal Judge Eldon Fallon to serve on the 15-member PSC for the Chinese Drywall litigation, representing hundreds of homeowners who were victims of high-sulfur Chinese drywall in new home construction.

Gonzalez finds the ongoing work stimulating and exciting. As a member of the PSC in the BP litigation, he was actively involved in the extensive discovery process and led numerous strategy sessions to determine the best possible resolution for victims. He played a key leadership role throughout the litigation that ultimately led to the monumental settlement with BP agreeing to pay full damages to all compensable claimants. BP has estimated the total value of the settlement to be approximately $7.8 billion; however, according to Gonzalez, “the agreement sets up a program where the actual amount is uncapped and the ultimate cost will depend on the actual outcomes of the court-supervised claims processes.”

“We were responsible for working up all aspects of the case,” Gonzalez says. “It’s the largest settlement I’ve ever been involved in.

“Well over one 100,000 businesses and individuals victimized by the spill will finally be fully compensated,” he continues. “This is an example of the positive impact litigation can bring after such a major disaster and will provide a template for long-term protection from future disasters.”

The Chinese drywall case involved defective drywall that caused wiring and plumbing to become corroded, which required the inner workings of homes to be rebuilt. “We tried the first jury trial in the country on drywall, which resulted in a $2.5 million verdict for the homeowners,” he says. “We traveled to Hong Kong and to Europe taking the depositions to establish fault.”

As a member of the PSC, Gonzalez was instrumental in securing a $600 million to $1 billion settlement with Knauf Plasterboard Tianjin, a major manufacturer of the defective drywall imported from China.

Gonzalez carried these two highly visible cases while continuing to work on his other cases, including the representation of Air Force veteran Robert Meltzer in the first trial involving a medical malpractice case against a U.S. Veterans Administration (VA) hospital for improperly sanitizing medical equipment and infecting patients with blood borne diseases. Meltzer contracted Hepatitis C at the Miami VA hospital after undergoing a colonoscopy. After 16 months of deliberation, the judge entered a ruling in favor of the plaintiff, awarding $1.25 million to Meltzer and his wife.

“I enjoy high stakes cases where you live or die by the sword, fighting for a good cause. You feel alive. You have a purpose. The big cases aren’t intimidating; that’s what I live for,” Gonzalez says.

“My parents are Cuban refugees and my father always told me that America would never have the problems of Cuba because the country respects its laws and they couldn’t be changed by one crooked politician or dictator. The respect my father had for the law inculcated in me the desire to be part of the legal system. Growing up, I wanted to be in a position to impact change and to protect the things that are important to all of us. This was a natural way of doing it.”

Gonzalez’s mentors and role models encouraged him to always do his best in every aspect of his business and personal life. “They had great work ethics and understood their profession and could use the tools of their trade better than anyone else. They had courage and confidence,” he says.

Gonzalez experienced success in big cases early in his career. At the young age of 28, having only practiced for three years, he tried a jury case on behalf of a group of radiologists that were wrongfully compensated by a hospital group that claimed funds owed to them. Gonzalez and his firm sued the hospital for theftand conversion, and secured a $4.5 million verdict.

His style then and now depends on what Gonzalez calls “the wow factor.” He says, “If I hear about a case and I say ‘wow’ because I am blown away by the sheer negligence or wrongdoing involved, then I want to do something about it.”

He says, “I love working on important cases that can make a difference in people’s lives, and that can impact change. Ultimately, if it gets before the jury or the judge and the law supports you, good things will come out of it. One man or one woman standing in the courtroom can actually affect that change.”

“You Have to Give Back.” Gonzalez is active in his community. He has served as an adjunct professor at the University of Miami School of Law for the past 20 years teaching litigation and trial skills. He serves on the St. Thomas University board of trustees, is a University of Miami Citizens board member, a past president of the Dade County Bar Association, and a past president of the Miami Justice Association. He has served on the Florida Bar board of governors for 12 years, and was on the National Institute of Trial Advocacy board of trustees for four years.

His motivation is basic, “You have to give back.”

Gonzalez has been married 27 years to his wife, Janice. Together, they enjoy spending time with their two Golden Retrievers, and two horses, Duke and Hammer. Gonzalez enjoys boating, fishing and scuba diving. “I don’t do very well with downtime and on a vacation in Hawaii I found that the pace was too relaxing for me so I took a dive course because my mornings were just way too slow. I really enjoyed it and continued my certification. Now, I am a PADI rescue diver. I have a certification that is just short of dive master,” he says.

Gonzalez is also a sports fan and enjoys rooting for hometown teams, the Miami Dolphins and the Miami Marlins. He also enjoys reading. “I’ve read everything Hemingway wrote, including some of the works published postmortem.”

“I’m fortunate to be able to do what I think I’m on this earth to do,” Gonzalez says. “I found my passion at an early age and have been privileged and honored to be able to pursue it on a daily basis. I don’t take it for granted and I’m grateful for it.”