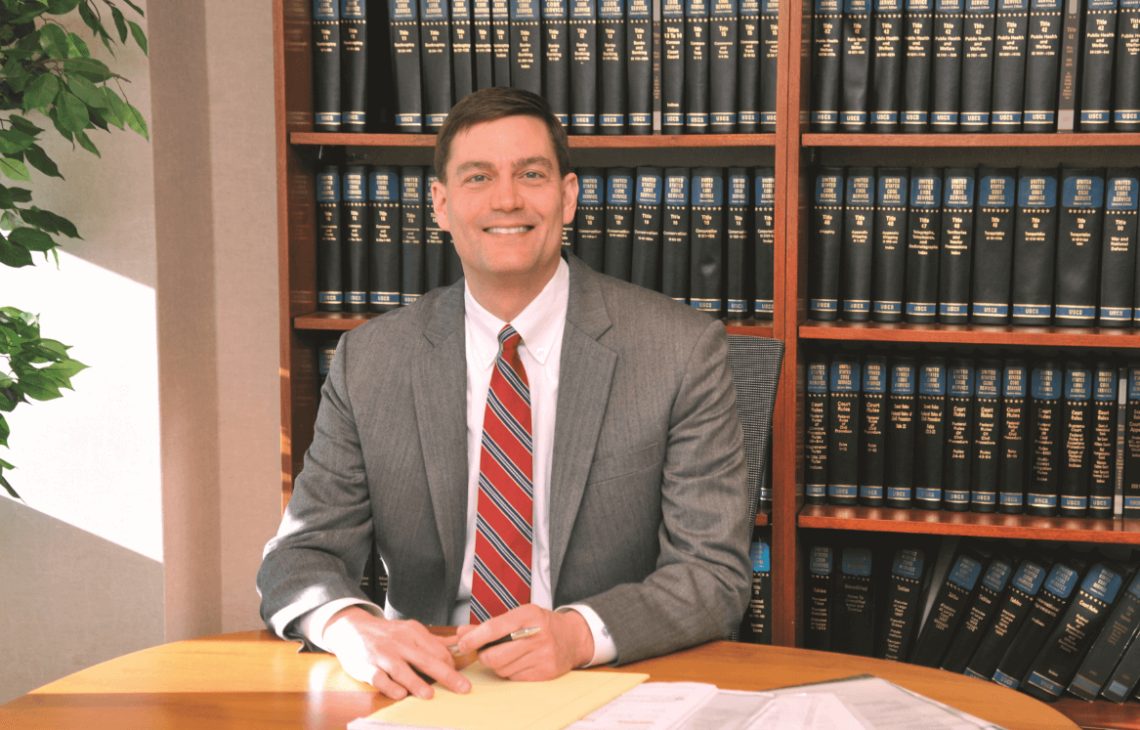 Imagine stepping from the courtroom, elated after a hard-won victory. Your client has just been awarded a significant sum, after a long, bitter dispute with a prickly adversary. But months later, despite winning the case, your client has absolutely nothing to show for his victory. Defendant’s counsel has withdrawn and won’t talk to you, post-judgment discovery goes unanswered, and a garnishment on the only known bank falls flat. Your client’s calls for updates keep increasing, while your partners’ obvious frustration over all the firm’s time and effort you invested in this case keeps growing. You’re at a loss how to proceed next. Now what?

It’s at this point many attorneys would turn the reins over to George Warner. Part Sherlock Holmes, part Atticus Finch, Warner’s well-known collection practice combines savvy sleuthing with aggressive lawyering to track down and recover money owed to clients – clients who are often attorneys themselves. For over 20 years, Warner has built a niche practice in the area of collections and is presently the only Minnesota attorney certified as a creditors’ rights specialist by the American Board of Certification. Make a few calls round town asking who handles the really sophisticated, difficult collection cases and one name consistently comes up. Warner is serious about finding the money and has a hard-earned reputation for zealous and aggressive representation of clients – often in unique and difficult cases.

A second-generation attorney, Warner graduated from Hamline University School of Law and began his career as a junior lobbyist for the Minnesota Multi Housing Association. “I was really blessed to be mentored by a well-respected, long-time lobbyist who dragged me around the capitol,” Warner laughed. “A lot of times it was sink-or-swim, but I quickly got a lot of real-world experience, and learned a lot about government, trade associations, and the importance of working relationships – stuff you can’t pick up from books or classes.”

He next joined a small firm where he learned the art of high-volume, consumer collections from the ground up. A few years later, building a reputation already, he was recruited into a larger firm, where his focus shifted to commercial collections and bankruptcy work for creditors. Warner came to demonstrate quite a knack for finding the money, and one day, received a phone call from a headhunter who had formerly rejected him right out of law school as too green, but was now seeking a seasoned collection associate. Apparently, the headhunter had heard about Warner’s budding talent. That call opened the door to a long stay, and eventually a partnership, at Bernick & Lifson P.A., where Warner continued doing more and more litigation, high-value, complex commercial work, and developing his reputation as a first-rate collections attorney in the Twin Cities.

Several good years later, Warner grabbed his parachute and jumped. He established Warner Law LLC, a decision he has never regretted. He said, “I was at that place where I had kind of done a lot in my career, except start my own firm. I had a lot of satisfied colleagues who’d gone out on their own much earlier, and I asked them what they thought. They all said the same thing, that I would never work as hard as I would on my own, but I’d never be happy doing anything else once I did it. They were absolutely right. I’ve never been as satisfied as I am now, and I’ve never worked harder.”

In the first week after Warner opened his doors, calls of affirmation began pouring in. Many colleagues called to congratulate him on his new venture, submitting witty and wistful observations about the freedom that comes with wresting oneself from the proverbial golden handcuffs, and often bearing a case referral, to boot. With his own book of clients and recommendations from colleagues, Warner enjoyed a roaring start to his practice that has only increased in momentum over the past seven years. He has become known throughout the Minnesota legal community as the goto guy for sophisticated collections in all kinds of difficult scenarios.

“I love what I do. I get to meet new people and solve new problems every day. I feel like I’m in an area of law where I add value for clients rather than detract from a situation. Almost all my referrals involve a creditor owed money. They may need to bring suit, are having no luck enforcing a judgment, or have a debtor who just filed bankruptcy. They’re often being sent by their present attorney who has told them they are out of options and need to consult with someone who does collections given their situation. Usually, if there’s something there, I can help them track down and recover the money – or at least give them the peace of mind they left no stone unturned. At the end of the day, I like to do work that makes clients happy and improves their situation. That’s exactly what I do.”

Warner’s congenial and easygoing demeanor is extraordinarily effective in opening doors, establishing client rapport and working with opposing counsel. But the bottom line of collections never changes: “I sue people for money,” he said, “and my job is to get as much as I can, as quickly as I can, as economically as I can. When I get a call from another attorney about a case, they know my reputation and why I was hired. There is no question I’m going to sue, and take the case to trial, so they know their client has to deal with the claim. Often, that means we get to a reasonable solution more quickly, which is in everyone’s best interest. I remember years ago, a friend with more trial experience told me, ‘George, don’t be afraid of the attorney yelling at you, pounding on the table, refusing to give an inch. He’s just blowing smoke. Be afraid of the calm, extremely polite opposing counsel, the one happy to grant extensions or share information. They’re the ones with the experience, they’ve got the skill and knowledge to destroy you in court – watch out.’ I have always tried to adopt that model. Taking the high road, extending every professional courtesy, and being gracious is just the best way to practice. A lot of attorneys – especially collection attorneys – are in-your-face, offensive and overbearing, but that’s just not effective. They really end up harming their clients’ cases”

Warner calls on a universe of skills to track assets and capture money. “You have to act like a private investigator to figure out where the assets might be. You need an understanding of the financial system and how money moves, and of corporate law and how businesses are usually organized and run. Then it takes pulling all those skills together to execute a good plan for the client. The overriding goal is always the same: find the money; get the money. But the right ‘how’ can wind through so many different paths; it’s what makes collections uniquely difficult. It’s all about having the skills and experience to know how to read the terrain and tell your client where to go.”

Sometimes that map leads him across the world. Over the years, Warner has collected money for clients from Taiwan, Peru and Sweden just to name a few more esoteric places. And recently, Warner was retained in a highprofile case to pursue a judgment debtor in the Middle East. Plaintiff’s original counsel came to Warner with a conundrum: How do you collect money from a foreign national who’s fled the country and with no apparent ties to the United States? “When they hired me, they said, ‘You were recommended as the guy who collects money. People keep giving us your name.’”

Warner loves what he does, but he admitted that the law is still a stressful profession. In a bid to maintain soundness of body and mind, he began practicing the Japanese martial art of aikido shortly after law school (he is a second-degree black belt) and has a long-time yoga practice. “My time away from work has always been on other ‘practice.’ Like law, yoga and Aikido are practices – disciplines. You’re never ‘done.’ There’s always something to keep working on, some element of self-improvement or helping yourself or others you can be better at. Having these focuses outside of work, along with my family, keep me healthy, grounded and better able to serve clients.”

That ethos fits nicely with Warner’s professional world, where he is also committed to the legal community. He likes being a resource to his colleagues as a frequent CLE lecturer, has been called on to act as an expert witness in collection cases, and taught as an adjunct at William Mitchell College of Law from 1997 to 2001. “I enjoy spending time among people who are highly motivated and have a passion for what they do.”

That statement sums up Warner’s practice well. He added, “I enjoy helping clients and other attorneys with their problems. You have to enjoy what you do, you have to want to constantly be getting better at it, if you hope to do it for a long time and succeed.”