Girls Rule the Law Works to Move the Needle 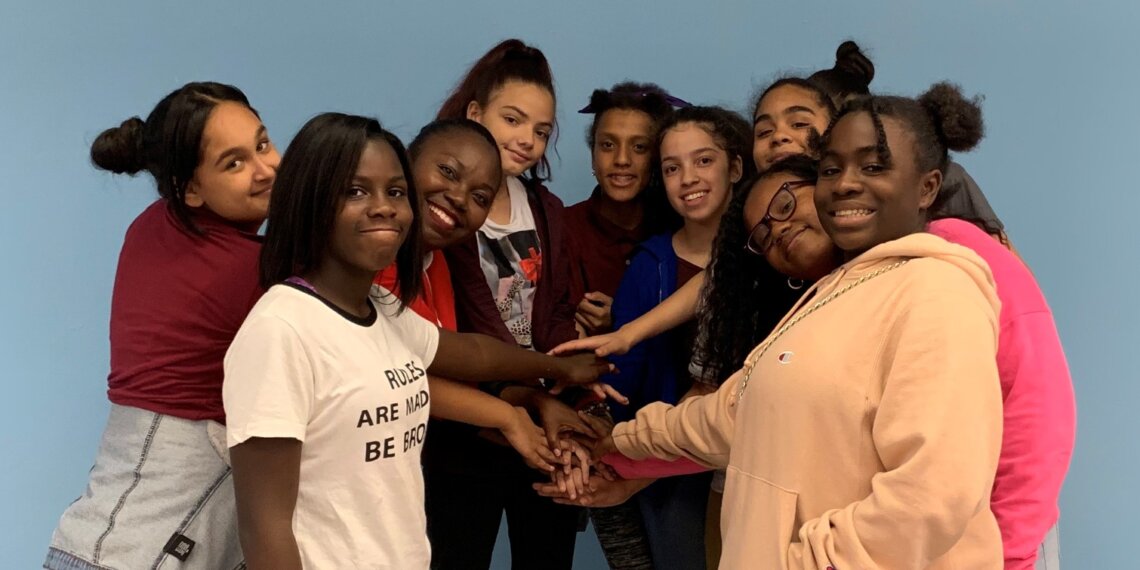 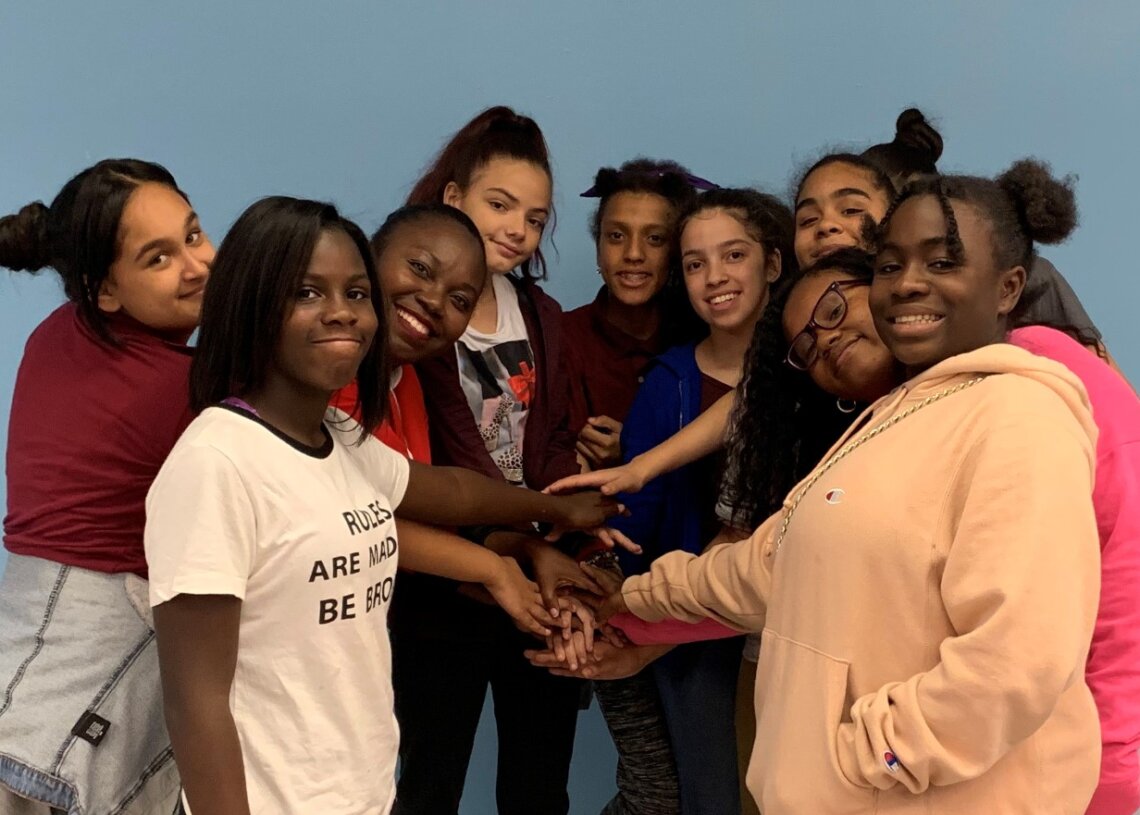 Attorney at Law Magazine recently had the pleasure of speaking with Mirna Martinez Santiago, the inspired creator of Girls Rule the Law, a program to introduce underprivileged and underrepresented middle and high school schools to the law. Santiago has more than 25 years of legal experience and lectures on an array of topics – with a focus on diversity, inclusion and the elimination of bias – and has published on legal, as well as non-legal subjects.

AALM: What prompted you to become so passionately active in issues affecting the underprivileged?

MMS: I was born in Honduras, into what can only be described as abject poverty. I mean, the kind of poverty where you didn’t know if you would eat a full meal that day. The kind of poverty where my siblings and I had no shoes to wear. Coming to the United States from that was already a dream come true, so it took me a while to realize that—living in public housing in the South Bronx—we were still poor! And that poverty seemed intractable, even immutable.

Whereas we had immigrated from the poverty in Honduras, we seemed stuck in the projects. The only thing that budged the needle for us was—many years later—when (1) my mother decided to get her GED and then obtain an Associate Degree in Office Administration (whereby she was able to go from being a cleaning lady to a secretary); and (2) my oldest sister became the first person in our entire family to get a four-year degree. By getting an education, my family went from blue collar to white collar, and we were finally able to move out of public housing and into a private home.

We made small, incremental moves (my mom’s GED, my sister’s BA and, finally, my JD) toward the American dream. My organization is about showing girls who come from the same background as me what is possible with just a little work and a lot of faith.

My organization is about showing girls who come from the same background as me what is possible with just a little work and a lot of faith.

AALM: Can you tell us about Girls Rule the Law?

MMS: Women are still severely underrepresented in the top tiers of the law, with POC and women of color even more so. Girls Rule aims to provide girls with the “soft skills” they need to succeed in the law (e.g., etiquette, public speaking, analysis, etc.).

AALM: One of your programs is The Law Suits You, could you explain a little about how and why this came about?

True story, the first year I taught mock trial in the South Bronx, I signed my ladies up for a competition — the Thurgood Marshall Mock Trial competition hosted by the Bronx Supreme Court. I told the girls to wear their best clothes for the first day of competition; they showed up in quinceanera type party dresses. That’s when I realized that I needed a mechanism to get them business clothes, as many of them just hadn’t been exposed to women who wore professional attire every day and even those who knew what to wear, didn’t have the means to buy them.

Any items we collect that we cannot use in that school year, we donate to the Thurgood Marshall Mock Trial program, since—being located in the Bronx—they run into the same issue each year with the kids not having appropriate clothing to wear.

AALM: How can people support your organization’s efforts?

MMS: People can support in two ways: (1) women are always welcome to volunteer their time to help at the events and to speak and mentor; and (2) donate at the Girls Rule the Law, Inc. website (girlsrulethelaw.org). As a small nonprofit that doesn’t get state or federal funding, we pay for most events out-of-pocket, with the help of law firm sponsors. Any donation—in any amount—will help to keep our programs going.

AALM: Do you feel as a nation we are making progress with regards to sexism, racism etc?

MMS: We are making incremental progress. People are beginning to “see” what is going on; those things that people of color have been speaking out about for years and that fell onto deaf ears. I think the killing of George Floyd was a catalyst. Suddenly, there was an outcry for criminal justice and police reform. People also began to realize that there is very little representation of people of color in the country’s leadership and that there is still significant systemic racism in our country.

AALM: What impact do you anticipate the election of Kamala Harris having?

MMS: I think many people were relieved that we could move past some of the sexism/misogyny and racism to actually elect a woman of color. But we still have a lot of work to do. Just like the election of Barack Obama didn’t “fix” racism, the election of Kamala Harris hasn’t fixed sexism. One only needs look at social media to see that. But, again, it’s a start and I’m thrilled it happened in my lifetime.

AALM: Do you believe African American women or more broadly women of color are facing additional challenges once outside of law school? And if so, what specifically?

MMS: Pardon my French, but implicit bias is a bitch! If you look at the pay equity statistics and studies, you can see that women of color are “de-valued” in the work force. And African American women have the added burden of being seen as “angry” or lacking in the “soft skills” necessary to succeed in the workplace. (Hence, why I prioritize those skills for the girls in my Girls Rule programs.)

AALM: What advice would you offer these women?

MMS: My advice is to come as you are and allow others to come as they are. What I mean by that is that we (women of color) have to show up as authentically ourselves in order to “normalize” being successful women of color in the workplace. That is the reason I don’t straighten my hair when I meet with my girls or when I present or teach at corporate settings. I hope that I can show my girls that you can and should “acculturate,” (acquire the skills you need to be successful) but you need not “assimilate” (change everything that you are in order to fit in).

My advice is to come as you are and allow others to come as they are. … I hope that I can show my girls that you can and should “acculturate,” (acquire the skills you need to be successful) but you need not “assimilate” (change everything that you are in order to fit in).

AALM: You are fluent in three languages how did that come about?

MMS: I was born in Honduras, Central America, into the Garifuna culture, which is indigenous to the area. As the Garinagu are segregated to the coasts of Honduras (and are also found on the coasts of Belize, Guatemala and Nicaragua), the kids learn Garifuna first and then learn Spanish. When my family immigrated to the United States, I learned English. My parents were very intentional about making sure my siblings and I retained our two other languages, so my mother only spoke in Garifuna to us at home (and would ignore you if you responded in English!) and my father only spoke in Spanish. We learned English in school. Trust me, this was torture! But in hindsight, that was the only way it would’ve worked; my own son refuses to speak Spanish, because we gave him the option of not responding in Spanish.

AALM: What are your ultimate goals?

MMS: Ultimately, I simply want to do my part to move the needle forward. I’ll be honest and say that some of these girls are simply not interested in anything I have to say. But when I find a group that is, I give them 110%. The goal of increasing representation in our country’s legislature and leadership by women of color is realistic to me. Over the past 3 years, we have worked with about 1000 girls. I am hopeful that—because of our programs—some of these girls will go on to become lawyers, judges and legislators and effectuate positive change in the world.

Ultimately, I simply want to do my part to move the needle forward.

AALM: What are the consequences of not advocating for these girls?

MMS: It took centuries for the country to elect its first woman Vice President. We cannot simply accept that this is who we are. Let’s give our girls the skills they need to be leaders and let’s do it while they’re young.