Henry Hilow: Giving Back by Giving His Best 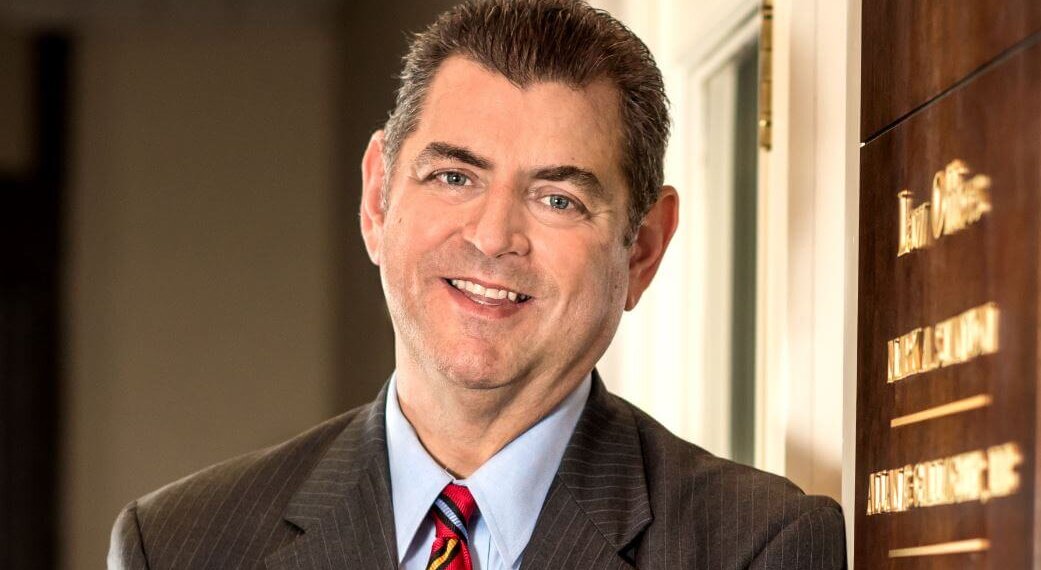 “I enjoy being a lawyer. I enjoy representing individual people. I accept the challenge of trying to make a bad situation better. Being an attorney is more than just a business to me. It’s really more of a vocation. I try to represent the profession to the best of my abilities because I think it’s a great profession. You can perform an invaluable service to the community,” says Henry Hilow, partner at McGinty, Hilow and Spellacy, Co., LPA.

Giving Back by Giving His Best

“Whatever profession you pick you have to be happy with the choice and be willing to live with that choice the rest of your life. When you put your head on your pillow at night, I think it’s important to know that you’re doing the best you can possibly do. It’s also a sense of me being able to give back. Those are the two things I value most,” Hilow says.

Following a Passion for the Law Hilow’s father, Fred Hilow, an assistant county prosecutor serving the county for 31 years, frequently took his son to experience the courtroom and the legal environment. The young Hilow observed prosecutors in action and was drawn to their passion for the law and commitment to public service. Hilow says, “The greatest influence in my life was my father. He was the kindest, gentlest man I ever met, but when faced with a situation he would advocate strongly in support of whatever was morally correct. I always say never confuse niceness for weakness.”

As a freshman in high school, he worked as a messenger in the Jones Day law firm where he says he was exposed to some of the greatest lawyers in the profession.“After watching these men in the courtroom and seeing how they handled cases and at the same time had the patience to talk to a teenager about the law, that’s when I realized I wanted to be an attorney. Early on I developed a real passion for the law and for what the law means to a community,” he says.

He attended Miami University, earning his degree in history and English in1978. And, in 1981, he earned his Juris Doctor from Cleveland Marshall Law School. After being sworn in by the Ohio Supreme Court Nov. 6, 1981, he was hired by John T. Corrigan to serve as an assistant county prosecutor in the criminal division.

He worked in the prosecutor’s office for 11 years and tried hundreds of cases. In 1985, he was assigned to the major trial division, trying murders, rapes and special investigations.

Throughout his time as a prosecutor, Hilow saw the highs and lows of society: he worked closely with Metro Hospital and the University Hospital to setup the rape protocol for child victims; he was part of the high-profile Michael Levine case in which Levine was found not guilty by reason of insanity; he was able to successfully fight Levine’s early release; he handled one of the first teacher abuse cases in the Cleveland suburbs; and, following the rescue of Amanda Berry and Gina DeJesus 10 years after their abduction, Hilow was asked to represent them pro bono.

For more than a decade, his passion for the law and his desire to serve the community drove him.

Serving the Public in the Private Sector After an unsuccessful bid for a judgeship, Hilow reassessed his career. Married with three children and another on the way, he deemed the moment right to form a law firm and continue his career in the private sector.

He and William McGinty formed McGinty Hilow in 1992. Partner Kevin Spellacy joined the firm in 1994. The firm serves a broad range of individual and corporate clients. In addition to the partners, the firm employs two lawyers, two paralegals and a receptionist.

Since its founding, the firm has represented professional athletes, politicians, prominent citizens and organizations. In one of their first cases, the firm went up against the NFL. The football league was suing a small business for airing a game on the client’s private television. In another prominent case, the firm represented the defendant in the murder of a Cleveland priest.

The partners divide management responsibilities. “We’re a very a family-oriented firm. We treat each other as family. We employ support staff who have had some connection, directly or indirectly, to our family. We’re considerate of one another and that’s reflective of how we practice law,” Hilow says.

Hilow practices a philosophy of being considerate and respectful to everyone he deals with. “I’ve always respected our judicial system and our judges. I think it is my respect for the profession that gives me my greatest strength,” he says.

“I think honesty and compassion are key elements to anyone’s success. I always tell the clients to be honest with me, to tell me everything and to not hold anything back. And I’m always honest with them. If it’s news that’s not favorable, I’ll tell them. I can’t guarantee results; all I can promise is to deliver the best professionalism I and my firm can offer and hopefully make a bad situation better. That’s the mantra that I follow,” he says.

The Private Life of a Public Person “I am married to the greatest person I’ve ever known, my wife Judy of 29 years,” Hilow says.

They have five children. The oldest, Elizabeth, is in her last year of medical school. Their second child, Eleanore, is a marketing executive with a company in Cleveland. The third, Fred, is in his last year of law at Georgetown. The fourth son, Henry, is in his last year at the University of Michigan and their fifth child, Catherine is in the seventh grade. “And the sky’s the limit as to what she’s going to do,” Hilow says.

He enjoys following grade school, high school, college and professional sports, especially football, basketball and soccer, which were played by his children as they were growing up. “I’m a lousy golfer, but I enjoy playing. I enjoy being with my friends and they are forgiving in keeping my golf score,” he says.

Hilow and his wife also enjoy playing host, inviting friends over for dinner or a barbecue in the backyard. “I enjoy being around people,” he says.

He enjoys reading historical books. “I like books that deal with the 20th century, particularly those that revolve around the turn of the century through the Depression and World War II. I take great pride in following what’s been called The Greatest Generation.”

He is very active in St. Maron Catholic Church, a Lebanese- Syrian Maronite Church, which has a strong history dating back into the last century in the Cleveland area.

“I like music. I guess I’m stuck in the ’60s with groups like the Beatles and the Four Seasons. As for television, I love comedies. I love television documentaries and some of the sports channels. I enjoy some of the retro channels, primarily comedies. I never watched a TV law show or crime show with the exception of ‘The Sopranos,’” he says.

He belongs to the Knights of Columbus; served on the Zoning Board of Appeal for Lakewood, Ohio; and is involved with many civic and charitable organizations. He is active with St. Edward High School and Saint Joseph Academy. He is also active with Cleveland Marshal College of Law and is a member of the Metropolitan Bar Association.