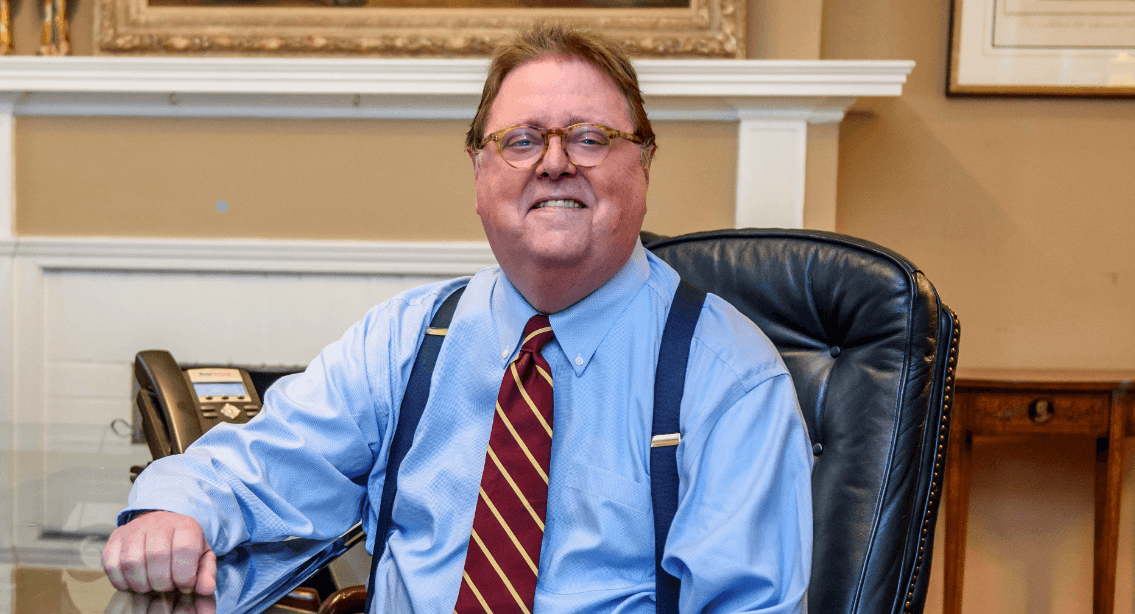 Raleigh lawyer Henry Temple had an epiphany. It was 1990 and he was visiting New York City. He had recently agreed to review a case involving a defective product. It was one of the medical devices that would be discussed at a trial lawyers conference in the city that day. “I intended to drop by for only an hour, but instantly became fascinated by what I was hearing. I finally pulled myself away two days later when the conference was over,” recalled Temple.

“What really shocked me from the documents produced in discovery for this case was the cover-up of known dangers by a manufacturer of that medical device who had known of the fundamental health risks of the product for years,” said Temple.

“From that day forward, I was determined to focus my career on representing the less fortunate who had been harmed by the actions of large corporations, and I’m extremely proud of that choice.”

Temple represents clients who have been seriously injured by defective medical devices, defective pharmaceuticals or toxic exposure. He currently is handling cases involving Takata air bags which exploded, injuring vehicle drivers and passengers; hip implants that failed; TransVaginal mesh screens; ovarian cancers caused by prolonged use of talcum powder; and other products made by numerous companies.

“Where companies get in trouble is usually not when they make a mistake or realize they have a problem with a product. Their trouble begins if they are aware of a problem and decide to cover up that problem and continue to sell the product anyway because the profit margin outweighs the cost of subsequent litigation.”

Henry Temple said he knew in seventh grade that he wanted to be a lawyer. Born in Zebulon, North Carolina, his mother, Mary, was a hospital administrator and his father, George, owned a grocery store. “My parents provided a stable and happy childhood and I learned the importance and joy of family,” he said. “Th at provided the basis for choices we make in our practice.”

Temple graduated from UNC in 1970 with a Bachelor of Science in business administration. He earned his Juris Doctor from the University of South Carolina. He spent a short stint in Washington, D.C., employed by the U.S. Department of Justice – Immigration and Naturalization Services.

Temple opted to launch his own small practice in 1976 rather than join a large firm. “I’ve always marched to different beat.”

Over the last 40 years, Temple has successfully represented hundreds of clients. “I hope that in some small way I have played a role in sending a wake-up call to those who chose to market products that they knew were harmful.”

“Th is type of law I practice is certainly not without its financial risk, but I have a different concept of risk tolerance than other firms traditionally have,” he continued. “Th e cases are expensive to prosecute, time-consuming to develop, and difficult to prove.”

Temple is very vocal about eschewing class action litigation. “I came to the conclusion that my clients have to be in charge of decision-making for themselves. From my view as an insider, as a class action litigation unfolded, I learned that I simply could not rely on other lawyers in the class to make decisions that were always in the best interests of my clients,” said Temple.

“In class action litigation, victims are frequently grouped into rigid categories that do not always consider the unique character of their injuries and their personal circumstances. Class action lawyers are faced with many competing, and oft en conflicting, interests. Juggling those interests is not always best for everyone involved in that particular action. I believe that the client receives much better representation from a lawyer who is familiar with the particulars of that client’s case, without trying to artifi- cially shoehorn that case into a larger case involving other clients.”

Temple said he takes his cues about how to practice law from Raleigh attorney Robert L. McMillan Jr. “Robert is considered by virtually all who know him to be one of the deans of the North Carolina legal profession. When I opened my office in Raleigh, he periodically shared his wisdom and advice,” said Temple. “Robert has been my hero over the last 30 years. He is renowned for the highest integrity and ethical standards. He is a person of outstanding character, who is respected by all. What else can you ask for in a mentor, a person and a lawyer?”

Temple practices in a large and somewhat disheveled older house in the Glenwood South neighborhood. “Its décor bespeaks an era when the local bar was smaller and the practice of law was a little more collegial.” With his constant companion Beau, a spirited 2-year-old labradoodle at his side, Temple appears to be a gentle soul. But he is quick to point out that he can be quite different when representing clients.

“In moments of high pressure I struggle to overcome the intensity that is a function of my personality,” said Temple. “I can be as nice as the opposing lawyer will allow me to be. Sometimes intensity is necessary and productive and sometimes it can be counterproductive.”

Temple loves to escapes the intensity by vacationing with his wife. “Personal travel reminds me that life is precious, and our travels are, to borrow the words of Mark Twain, ‘fatal to bigotry, prejudice, and narrow- mindedness.’”

“When we travel we get to have new experiences and observe how other people live. Kenya was my favorite trip when we were able to go on a safari and where we got within 20 feet of the animals. Th e thrill of tracking them in their natural habitat and observing them close up was greater than I ever could have imagined.”

Despite a career built on railing against corporate abuse of consumers, Temple offers a positive view of the opportunities afforded his clients by the Rule of Law.

“One of the principles of the U.S. Constitution is that, the judicial branch enshrines the legal principle that aggrieved persons may resolve their disputes by means of an established, fundamentally fair process, which includes the right to trial by jury. The right of the people to inquire into such matters as potential abuses in the areas of defective products and defective pharmaceuticals, and medical devices is a signifi- cant part of the foundation of our legal system.

“My wife, Nancy, says I have a ‘do-gooder mentality,’” he continues. “I’m grateful to have had the opportunity to be a part of a system that allows me to pursue that endeavor.”