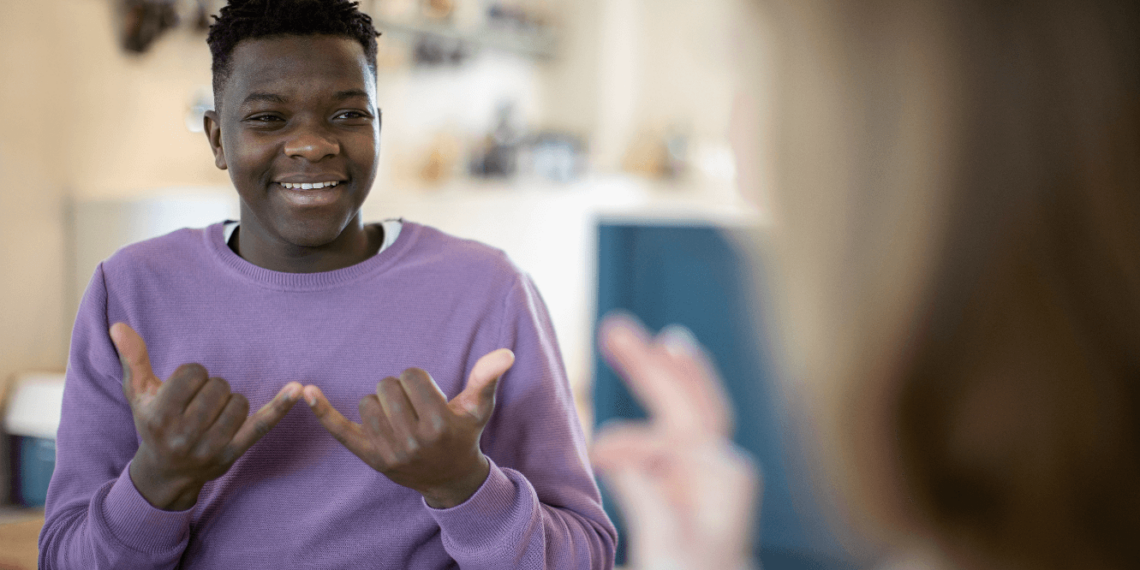 Catrina Hooper, who is deaf, wanted to file a domestic assault charge with the St. Paul Police Department (SPPD). She requested an American Sign Language (ASL) interpreter and was told that an officer who knew some sign language would assist with the meeting. Hooper objected, and asked for a qualified interpreter.

When Hooper went to the police station to file her report, she was arrested in connection with her complaint. The SPPD did not take her report and did not provide an ASL interpreter to communicate with her during the arrest.

“I tried signing with the police officer and he just kept nodding his head,” Hooper says. “It wasn’t a two-way conversation, and his responses were not appropriate. He’d fingerspell very slowly, and then say he couldn’t remember how to say this or that. There was really no effective communication.”

Staff Attorney Rick Macpherson of Legal Aid’s Minnesota Disability Law Center (MDLC) represented Hooper, citing violations of the Americans with Disabilities Act, the Federal Rehabilitation Act, and the Minnesota Human Rights Act. The suit also claimed the City violated the 2013 Bahl Agreement, which was the result of another case involving SPPD and a failure to communicate with a deaf citizen.
In 2006, Douglas Bahl was pulled over for a traffic violation and asked to communicate in writing. When he reached for pen and paper, the SPPD officer dragged him out of his car and hit him in the face.

“When people go into a police station for any reason, and the police suggest fingerspelling, writing, or lip reading, people need to know they’re entitled to an ASL interpreter,” says Hooper. “Communication is so important in these situations and misunderstandings are serious.”

As a result of the settlement in Hooper’s case, the SPPD’s policy will be amended to specifically state that the department will use only certified sign language interpreters in scheduled interviews and meetings with people who are deaf or hard of hearing. The SPPD will not use police officers to interpret if they are not certified interpreters.

“Hearing people have access to the police by phone and conversation,” Hooper says. “If I can’t get an interpreter, that’s not equal access. A lot of us who use ASL are not fluent in English. Communication can be difficult if officers use unfamiliar vocabulary.”

In medical and legal settings, effective communication is critical. Misunderstandings or mistaken vocabulary can have serious or dangerous consequences.

“In this case,” says Macpherson, “SPPD relied upon an officer who knows some sign language. He is not an interpreter – he admitted that himself. With a certified interpreter, there’s much more assurance that effective communication will take place.”

Over the past 20 years, Macpherson and MDLC have consistently stood with deaf people for access to equal communication. Macpherson has brought litigation against jails, police departments, hospitals, and the court system across the state of Minnesota, resulting in numerous settlement agreements. All of those settlements have included agreements to provide certified interpreters.

“We have limited options and it’s hard to find a lawyer who will take on this kind of case,” Hooper says. “We need Legal Aid’s support for the deaf community so we can stand for ourselves and ask for clear communication.”