Ian N. Friedman A Duty To All 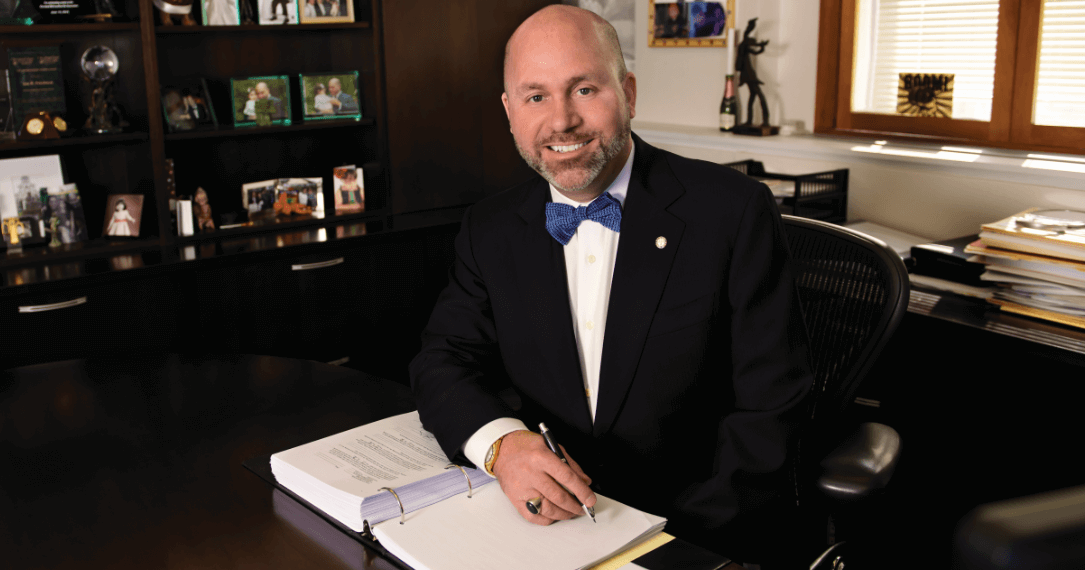 Ever since he shadowed a district attorney in the fourth grade, Ian N. Friedman, has been drawn to the criminal justice system. From that moment on, Friedman envisioned himself in the prosecutor’s seat.

His first year of law school, Friedman’s hopes of clerking for the Cleveland Prosecutor’s Office were dashed; he wasn’t offered the position. This catalyst led Friedman to clerk for a defense firm all through law school and continue on to become one of the most respected defense attorneys in Cleveland.

“The defense lawyer is just one cog in the criminal justice system,” Friedman said. “If everyone does their job – and does it well – everything will work.”

While studying law at the Cleveland-Marshall College of Law, Friedman was heavily influenced by Gary Williams, his trial advocacy coach. “He was so passionate about the law,” Friedman said. “He just had this energy about the practice of law that I anticipated I would have as a trial lawyer.”

Williams was just one of many inspirational attorneys in Friedman’s life. He had a shortlist of lawyers after school who made themselves available to the young litigator. “They allowed me to keep them on speed dial. When I had a question about how to prepare a case or present a certain aspect to the jury, I would be able to bounce ideas off them,” Friedman said.

For 17 years, Friedman ran his own practice with a team of attorneys and professionals. Last March, Friedman made the decision to merge his firm with McCarthy, Lebit, Crystal & Liffman. He now chairs their criminal defense, white-collar and cybercrime practices.

“I made the transition for several reasons,” Friedman said. “Firstly, I wanted to reduce my administrative commitments. I wanted to devote more of my time back to the courtroom. Secondly, cases have become so complex over the years with crossover into multiple areas of the law that it made sense to join with a firm that would be able to bring resources on different specialties.”

“The change has made my strong practice stronger,” he continued. “I am with my original group though, so for me, it doesn’t really feel very different. The biggest change is knowing that if I need to throw 20 lawyers at a case, I have the support behind me to do that.”

Friedman brought three attorneys and his law clerk with him to the firm. “I’ve been working with that group since they were in law school,” he said. “I imagine and hope that they will be with me for many years to come.”

Cases of Note Through his practice, Friedman has encountered many different people from juries, to judges, to those he has represented and their families. “Through each trial, I have learned something about human dynamics.”

Looking to significant cases that have impacted his practice, Friedman said, “I always go back to a case I tried as a brand-new lawyer. It was my first high-profile case.”

A 56-year-old woman who had never been in trouble throughout her life quit her job. Feeling her boss had been so inappropriate, she dropped the manual she had created over her years of work in the shredder, destroying all instructions on her job. Since the company made parts for the government nuclear program, she was indicted for destruction of government classified documents.

“I went into the case believing that right is right and the truth will always prevail,” Friedman said. In the middle of this trial, it became apparent that that is not so. The government did a number of things throughout this case that were inappropriate, including hiding information. I realized that the justice system is run by people. You can’t always count on everyone in the courtroom.”

Now when Friedman speaks to clients – particularly those who are new to the criminal justice system – he needs to remind them that while it is a good system it is operated by humans. It’s not perfect. “The very best we can do does not always guarantee that we’ll get the right outcome. That uncertainty is unsettling,” he said.

In that case, though, justice triumphed and Friedman’s client was acquitted.

In another case, Friedman represented a young man who had been wrongfully convicted of raping a child. The defendant had already begun his prison sentence before Friedman was brought onto the case. Friedman and his team uncovered new evidence which led to the granting of a new trial.

“Even though he was, again, facing a possible outcome in which he would be facing life without parole, the young man didn’t take the plea agreement when the prosecutors offered it to him. He could’ve gone home that day. He wouldn’t have needed to worry about going back to prison.”

Instead the man chose to go through with another trial.

“That case taught me the most about convictions and character. I came to know his family so well. They stood by him through all his choices. Their belief in a higher power was most remarkable. Not many people would’ve said no to a fine when faced with those consequences.”

Friedman’s client was acquitted and has since become one of his closest friends.

“If, at the end of the day, you can say you left no stone unturned; if you can say that you represented your clients the way you would want to be represented, you know you’ve done a good job. There shouldn’t be anything less than that.”

“I wish that this profession didn’t tear at me as much as it does,” Friedman continued. “It eats at me. There is so much at stake.” He explains the pressure of representing someone with everything resting on your shoulders. He is often told that his torment shows he cares.

An Honorable Career Throughout his career, Friedman has been the recipient of numerous awards. When asked about his proudest moments, he turned to two honors.

“Firstly, I was honored to receive the very first Lawyer of the Year award presented by the Ohio Association of Criminal Defense Lawyers. Just knowing that you’ve been able to help people and be recognized by your peers is nice,” Friedman said.

His greatest honor, however, was his induction into the American Board of Criminal Lawyers in 2010. “When I stood in the first meeting, I looked around the room and couldn’t believe I was seeing all the lawyers I’d looked up to since I was a little kid. These were the top notch, the finest of the finest who had handled every major criminal case in the United States. To be a part of that group has been my finest triumph.”

Civic Duty According to Friedman, legal professionals have a civic duty to give back to the legal community and the community at large. “The law is interwoven into all aspects of society. It is a noble profession. We have an obligation to make it better and to teach people about the legal system.”

Previously, in Cleveland, the government did not need to turn over evidence prior to trial, this became known as trial by ambush. “It really promoted gamesmanship on both sides of the aisle,” Friedman said.

In 2006, Friedman was climbing the ladder of the Ohio Association of Criminal Defense Lawyers. He began to contemplate what he would do when he became president. After his predecessor suddenly passed away, he found himself in the role. He reached out to the Ohio Prosecuting Attorney’s Association and some veteran criminal defense lawyers across the state. Over two years they put together the rule that eventually led to open discovery. This rule required the state to turn over all evidence prior to trial. There is a reciprocity clause that requires the defense to also share evidence with the state.

According to Friedman, this requires the state to examine the evidence prior to trial and determine if the case deserves to be reduced or dismissed. “Today, cases are processed much more efficiently.”

Friedman has taken this duty to aid the community to heart. He is now an adjunct professor at his alma mater, Cleveland-Marshall College of Law. He is always excited to encounter his students in the legal field. “I’m proud of them,” he said. “I love when they come up years later and speak with me. It is such an honor to be a part of a student’s growth in this profession.”

Beyond the classroom Friedman is involved in many legal associations. “I believe that I’ve been able to do a lot of good in my leadership roles,” he said. “With time and good results comes credibility and I believe that I’ve achieved that. I love this profession and all of the good lawyers that advocate daily to help those in need.”  Rachel Brooks