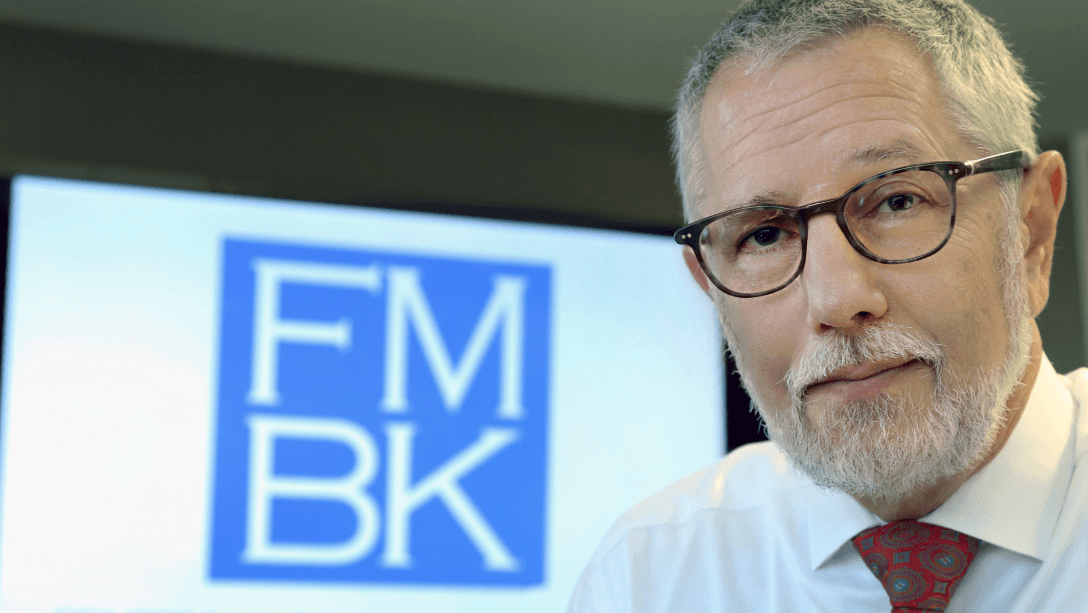 Irwin B. Feinberg: Civility in the Art of Litigation

Believing that attorneys are primarily problem solvers, Irwin B. Feinberg, founder of Feinberg Mindel Brandt & Klein LLP, relishes his roles both as trial lawyer and as a counselor at law. Since founding the firm in 1996, Feinberg has remained its go-to litigator, managing the firm’s civil, probate and trust cases.

A child of the ’60s, Feinberg was introduced to a world altered and redefined by the law and those that practiced it. The power to effectuate change in a courtroom sparked his interest in the legal field. As soon as he understood the role of a litigator, he had his sights set on becoming one. He relished the ability to walk into a courtroom and present a logical and persuasive argument to obtain a positive result.

After completing his undergraduate studies at UCLA in 1976, Feinberg enrolled at King Hall School of Law, University of California at Davis. In his third year at U.C. Davis, he clerked for the Honorable Bertram Janes of the California Court of Appeal and witnessed the process of how judges wade through pleadings and arguments to reach a decision.

Following his graduation from U.C. Davis School of Law in 1979, Feinberg accepted a position with Buchalter, Nemer, Fields, Chrystie & Younger, where he clerked the summer between his second and third years at law school. While there, he worked in the commercial litigation department, which was a specialized department at the time. At Buchalter, he gained real estate litigation experience. Feinberg credits his time working at Buchalter with learning the fundamentals of practicing law.

“I learned aspects of the practice of law that are not typically taught in law school, including sizing up a matter and the questions to ask in the first meeting with a client. All too often, attorneys do not explain to their clients the potential results and costs involved in their matter when the likely results and costs conflict with the clients expectations,” Feinberg describes.

After about four years at Buchalter, Feinberg realized that he wanted to practice in a smaller firm and moved to Dolman, Wolfe and Linden in Century City. It was a conversation with his wife that changed his professional life.

“We were at dinner when Deb asked me what I really wanted to do with my life. I told her I wanted to eventually create my own firm. She asked what was stopping me and I listed for her all of the reasons why then was not the right time. She told me if I did not do it then, I might never do it. She offered to leave her position as a legal secretary in a large Century City firm and help me build my solo practice. With that encouragement, I could not say no,” Feinberg explains.

In his 37 years as an attorney, Feinberg has witnessed how technology has changed the way attorneys practice law. Feinberg explains that, “among the most impactful innovations was the common use of the fax machine. Whereas it had previously taken attorneys days to receive and send letters to each other, after fax machines appeared in most offices, practitioners became accustomed to responding to each other almost immediately, sometimes multiple times a day. The more recent technology of sending and receiving emails by cell phone has now taken the quickened pace of almost immediate response time and made it available on a 24/7 basis.”

Such technology was a far cry from how Feinberg remembers beginning his solo practice. “When we first opened the firm in 1985, I had just acquired a personal computer that had not yet been set up when I began a four-week jury trial. My wife, working as my secretary at the time, prepared all of the pleadings and trial materials on an electric typewriter. If she made a mistake, she would have to retype the whole page.”

Feinberg, Mindel, Brandt & Klein LLP was originally formed in 1996, first as a merger of the firm that grew out of Feinberg’s solo practice and the firm begun by Steve Mindel. Since its founding in 1996, the firm has grown in name as well as expertise. As partners have joined with Feinberg and Mindel, the masthead has expanded and the firm’s depth of knowledge with it. Robert Brandt brought his solo family law firm to the mix in 2003 and Howard Klein brought his probate and estate practice before he retired in 2014.

“I credit our firm’s success to Steve Mindel and Bob Brandt,” Feinberg says. “It was their marketing and management skills that shaped the firm from a small civil litigation and family law practice to the thriving law firm it is today. Steve Mindel is the most forward thinking law firm managing partner and generator of business I know.”

Today, the firm’s practice is focused primarily on family law matters, while Feinberg manages the firm’s complex litigation, probate and estate litigation practice. The firm is made up of 20 attorneys, 12 of whom are certified family law specialists. Feinberg’s probate and trust litigation practice as well as the firm’s estate planning practice balances well with the family law services offered to clients — giving them a one-stop shop for their divorce and family planning needs. With the sole exception of Donna Shapiro, the firm’s estate planning attorney, each attorney at the firm is a trial attorney who is capable of trying the cases to which they are assigned. Feinberg describes the firm as a collaborative environment with the attorneys drawing on each other’s experience. According to Feinberg, the firm plans to continue its growth — adding one or two attorneys each year, with the firm embracing the opportunity to mentor new attorneys to be accomplished trial lawyers.

Feinberg enjoys mentoring younger attorneys. He explains that “litigators mostly communicate with judges through written form,” he says. “With that in mind, we train new attorneys to develop a strong writing style that is succinct, purposeful and persuasive. The key is to focus on what questions the judge will likely have and address those up front. Judges and their clerks are overwhelmed by the volume of pleadings they must read, and the effective attorney makes it as easy as possible for the judge to see what he or she is being asked to decide and why the position you are advocating is correct.”

Outside of the courtroom, Feinberg believes that communication is just as essential in the business of law. “Many attorneys take their clients for granted, focusing exclusively on the work that they are doing and not enough on maintaining open and constant communication with clients, which is just as much a part of the job,” Feinberg says.

By focusing only on the arguments they are making, attorneys can also be blind to the fact that clients, jurors or others involved in the litigation process see things differently. An example that Feinberg gives is a jury trial in which he prevailed in the early 1990s. Aft er putting on the plaintiff’s case for liability and other damages which were likely to be awarded, Feinberg called as his last witness, an expert to testify in support of lost profit damages. All that witness could testify to was the plaintiff’s lost income resulting from the defendant’s actions — the plaintiff’s expenses were so great that there were, in fact, no lost profits. Notwithstanding that the defendant’s attorney established that fact on cross-examination, he asked a question that was unnecessary — “How much is the plaintiff paying you for your testimony today?” The witness answered that he was not being paid by the plaintiff , as he was testifying without compensation for reasons unrelated to the case. On redirect, Feinberg asked the expert witness if he had received any fees in connection with the case and he answered that he had and pointed to the defendant who had paid for his time in deposition.

The jury awarded the plaintiff all of the lost profit damages it sought, and the jurors subsequently explained that they reached that decision because they were offended that the defendant’s attorney was attempting to make it seem that the defendant’s expert witness was the witness paid for by the plaintiff . In other words, what was clear to the attorneys was seen very differently by a jury that literally and figuratively saw the case from the side and had an entirely different perspective.

If you ask his colleagues what trait most defines Feinberg, you will hear a list of positive attributes. Most oft en, however, you will hear about his dedication, his vigor and his work ethic. Feinberg will tell you that he sees himself as a legal counselor to his clients, and believes that connecting his clients to the specialists they need is a crucial part of his representation.

Feinberg also strongly believes in giving back to the community, currently serving on the boards of directors of OUR HOUSE, a grief support nonprofit and Claire’s Place Foundation, a nonprofit that supports children with cystic fibrosis and their families. He previously served on the boards of directors of The Westview School, Kayne ERAS and the Cure FD Foundation. While his devotion to the community brings him more than he gives, Feinberg’s work has not gone unnoticed. He was honored with the Champion Award for his services to Westview School. Westview is a nonprofit program in Los Angeles, a part of the Help Group continuum of schools. It serves students with learning disabilities, attention deficit disorder as well as those with high functioning autism or mild emotional issues.

In addition to his service on the board of directors of OUR HOUSE for the last 17 years, Feinberg volunteers as a group leader, facilitating meetings for parents who are grieving the recent death of a child.

“These groups meet for two years, every other week, for the group members to support each other in the grieving process as they attempt to learn how to live with the unacceptable,” Feinberg explains.

When not working, Feinberg spends his time with his wife, Deb, and their three sons, Evan, Danny and Lyle. He and his sons ski, sail and hike together and the entire family has been scuba diving together on trips to Hawaii and Costa Rica. When their son Danny was studying in Ecuador, Feinberg and his wife met up with him to scuba dive in the Galapagos Islands.

Looking ahead, this litigator is excited to see the future of the legal community and hopes that today’s successes will inspire another generation of lawyers who will continue to seek to better the legal profession.

“My best advice is simply to do your best,” Feinberg offers future attorneys. “And remember that you are doing this for someone who is counting on you.”