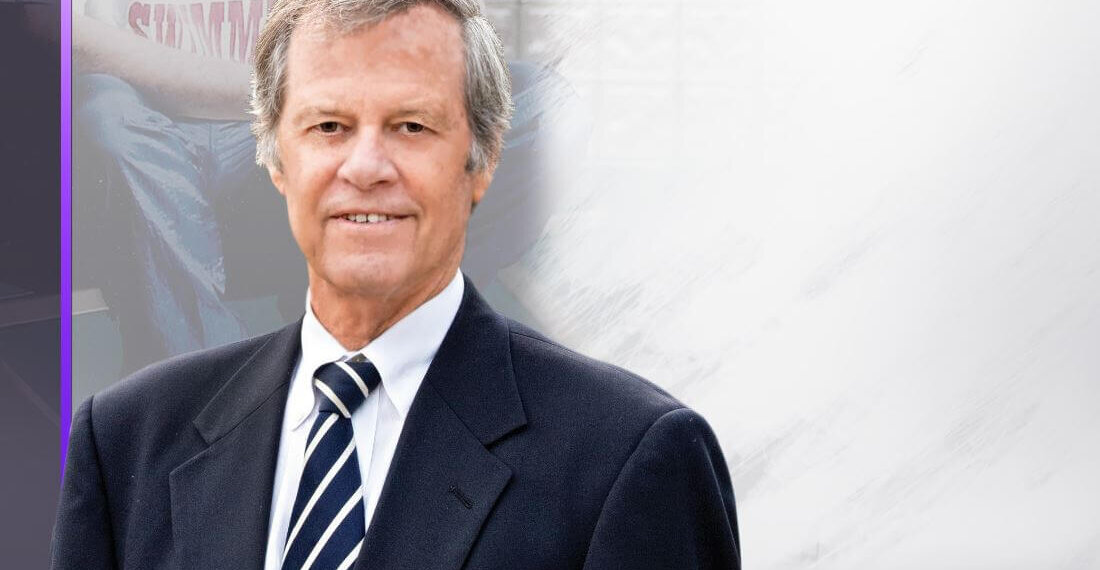 “Look at the scrapbook,” said Durham attorney, James B. Maxwell, as he slid a blue photo album across the conference table to me. The bulging, blue, scrapbook was assembled for him by swimmers he coached at Durham’s Jordan High School over 29 years.

“I was attempting to encourage kids to be the best they could be in whatever way they wanted,” he explained. This soft-spoken, low-key lawyer is a far cry from the kind of firebrand you might expect from a coach who had incredible success with his teams. “Just look at the scrapbook,” he implored.

The pages before me revealed the other James Maxwell, the “Magnificent Maxwell” as dubbed by The Herald Sun. There was Coach Maxwell, smiling, laughing and clowning. In photo after photo the swimmers looked at Maxwell with respect and admiration. Those pictures truly were worth a thousand words.

A Career of influence James B. Maxwell was born in Hampton, Virginia. His father, Harold, was an engineer for the National Advisory Committee for Aeronautics which became NASA. “He was in charge at Langley Air Force Base with the design of wind tunnels and other flight tests they were getting ready to launch in the ’50s. He was very much involved in the Mercury project,” Maxwell said.

Maxwell’s mother, Lydia, was a painter. Some of her work hangs in his Durham office.

Heading to school at Randolph-Macon College in Ashland, Virginia, his plan was to become a minster. “The ministry offered the opportunity to hopefully have a positive influence on folks’ lives and particularly youth,” said Maxwell.

He was a member of the college’s debate team that competed nationally. Based on his debating acumen, a school advisor “strongly urged” Maxwell to go to law school. “Debating is similar to law in that it is a verbal event in which you can win or you can lose, which we all experience in the practice of law.”

When Maxwell entered Duke School of Law, he transitioned from debating to joining the Duke National Moot Court Team. The 1964-65 and 1965-66, teams won the regional competition and finished in second place in the national finals. Maxwell won the Hardt Cup Moot Court Award in 1964 that is awarded to first year law students.

“I enjoyed the competition. I’m a fairly competitive type. But what I most enjoyed was that my teammates were really bright guys who ultimately became good friends.”

Maxwell spent the early part of his career practicing insurance defense for Nationwide when he practiced with the Durham law firm of Bryant, Lipton, Bryant & Battle. He remained there until 1975 when he left and launched his own firm handling personal injury cases. Today, the firm of Maxwell, Freeman & Bowman has a broad practice including corporate and business planning, estate planning, family law, medical negligence and real estate.

Much of Maxwell’s practice in recent years has been defending professionals before licensing and judicial standards’ board. He’s represented lawyers, doctors, judges and one auctioneer. “It was up in the mountains near Asheville and the panel was the biggest group of good ol’ boys I ever saw in my life. It was one of the most fun hearings I ever had,” Maxwell said.

The auctioneer was cited for not properly marketing an item up for an auction. Maxwell and his client prevailed.

Making Waves While studying for the bar, Maxwell volunteered to coach swimming at the Durham YMCA. “Coaching kids was something I really enjoyed doing,” he said.

The swimmers he coached at the Y were 6 to 16 years old. When they reached high school they got involved in other sports. So in 1973 Maxwell started the varsity swim and dive teams at Jordan High. Over the next 29 years, Maxwell’s boys and girls teams won a combined five state championships, finished in second place eight times, and had six third place finishes.

The Jordan swimmers were also successful outside the pool. “Over the years, I was most impressed by the 21 swimmers who were also high school academic All-Americans.” Maxwell said. “Many of them went on to fairly prestigious schools. It was very rewarding and something I enjoyed immensely.”

When he retired from coaching swimming in 2002, Maxwell was awarded The Order of the Long Leaf Pine by Gov. Mike Easley. He was inducted into the North Carolina High School Athletic Association’s Hall of Fame for this volunteer work as a swimming coach.

Maxwell combined his courtroom experience with his passion for moot court competition when he was named coach of the Duke School of Law’s Moot Court Team in 2002. A position he holds to this day. The team won the national competition in 2006, made it to the semi-finals in 2008 and has won or placed in regional competition eight times. “I draw upon my own experience by suggesting to them how they should handle questions asked of them by the court,” said Maxwell.

Full Circle It was the opportunity to help the community that initially attracted Maxwell to a career in the ministry.

Choosing a legal career, his accomplishments include everything from president of the NC Bar Association to the board of directors of Lawyers Mutual and awards such as Super Lawyers. But it’s his community service honors that mean the most to him with the Dr. I. Beverly Lake Public Service Award he received in 2007 from the NC Bar Association topping the list. “I appreciated it because it honored an attorney who had served his community I thought that was a really nice award to win,” said Maxwell.

Maxwell and his high school sweetheart, Beth, recently celebrated their 50th anniversary. They have three married children – Jonathan, Scott and Tracey – as well as seven grandchildren.

Maxwell retired recently, noting that the path that started toward the ministry had come full circle. “Presenting a jury argument at the close of a trial is much like being in the pulpit and preaching a sermon and sometimes it feels like I’m singing to the choir.”