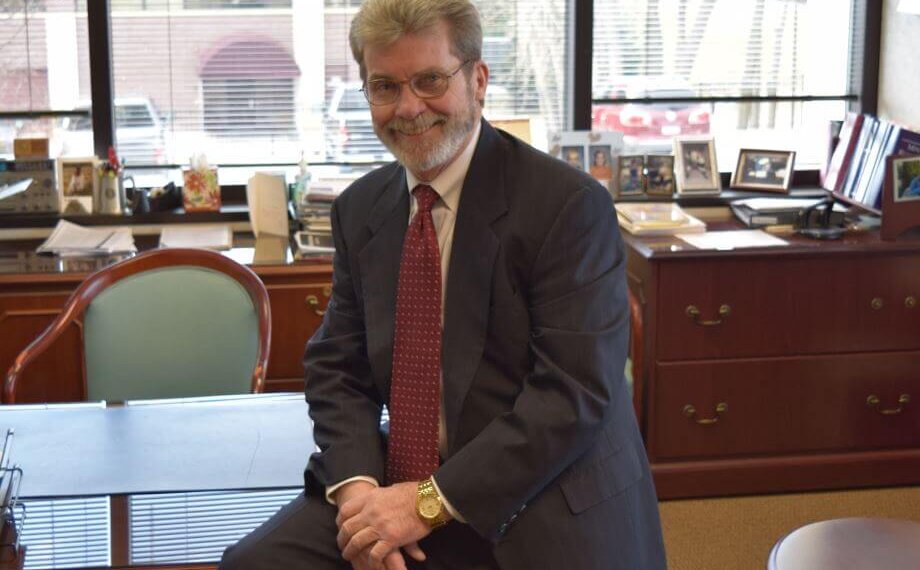 Attorney James Dunn was admitted to practice on a Wednesday afternoon in 1974, and on the following Monday, he was trying his first case. A young lawyer with several years of experience as an insurance claims adjustor under his belt, Dunn brought his conscientious Midwestern values and considerable courage into the courtroom that day. While he is quick to admit that after his first several trials his zeal was tempered by the realization that he had so much to learn, he will also tell you that what he’s learned since is that a career spent making a difference in the lives of others has been more rewarding than he ever could have imagined.

Dunn considers his role as a trial attorney and mediator a contract of trust, one that requires him to live and lead with authenticity. He holds dear a quote by Ralph Waldo Emerson, “What you are shouts so loud in my ears I cannot hear what you say.”

“What prompted me to go to law school was that I always perceived the law as a noble profession, one in which the truth mattered all the time,” Dunn explained. “In trial, the truth is what the jury says it is. So when you are an advocate, your message ought to come from someone who is perceived as genuine. Being an effective advocate requires being comfortable in your own skin, and finding your own stride. Juries perceive that. If you don’t know yourself, you’re just putting on a show and people will see through it.”

After two invaluable years practicing at what is now the firm of Robins Kaplan, LLP, an ambitious young Dunn decided he was ready to go out on his own. He has been in private practice ever since. A testament to his tremendous legal proficiency and resolute integrity, he has maintained referral relationships across these many years with both his former colleagues at the firm, as well as at the insurance company where he previously worked. That company became his largest client.

Dunn represents clients both large and small, spanning plaintiff ’s injury cases to the defense of large companies, including 3M Company. As a practitioner with more than three decades of experience representing both plaintiffs and defendants in insurance liability cases, Dunn is also considered a foremost insurance law expert. He has been selected by Minnesota Super Lawyers as one of Minnesota’s Top 100 Lawyers and Top 40 ADR Neutrals. He has also been appointed by the Minnesota Supreme Court to the ADR Ethics Board and the No Fault Standing Committee.

About working on both sides of the courtroom, Dunn says that “doing both keeps your head more in the center. My experience is that lawyers who work on only one side tend to become polarized. It’s a natural progression, I think, especially for those who are passionate about what they do. I’ve had the good fortune to pick the plaintiff ’s cases I wanted and believed in. I look at these cases more on the merits than anything else.”

Dunn was one of the early pioneers of ADR in Minnesota. His mixed plaintiff/ defense practice made ADR a natural addition to his professional repertoire, and made him an attractive choice to attorneys looking for a neutral without strong ties to one side or the other. He is a recognized builder of consensus and voice for civility, whose congenial relationships with colleagues are of real value when helping clients reach resolution.

While Dunn is much sought after for his skill as a mediator, he remains passionate about trial work. His authentic presence in the courtroom helps him to connect with juries, and his unique experience arguing from both points of view contributes to a balanced, evenhanded approach to the law – one that has earned him a reputation for straight shooting and favorable results.

He is a member of the American Board of Trial Advocates (ABOTA) and certified as a specialist in civil trial advocacy by the National Board of Trial Advocacy. “You have to be asked to join ABOTA, an organization with an espoused goal to preserve the right to a jury trial. I don’t agree with built-in arbitration clauses; they are a trap for the unwary. Our Seventh Amendment rights are critical. How else can individuals take on powerful opponents without a jury to level the playing field?”

When speaking to juries, Dunn counsels lawyers to “understand what the controversy is really about. Juries really don’t like to judge other people, but they want to know if there has been an injustice, and the way you present your case must speak to what is fair and right.”

Dunn is still inspired by a case he handled on behalf of a seriously injured worker at the very beginning of his career: “He was a family guy in his forties who had a catastrophic brain injury at work. I was only a month out of law school when I got the case, and several years later and after three appeals, he was awarded permanent total disability and all of his medical bills, which eventually came to millions of dollars, were paid. The award allowed his family to stay in their home while he received care over the next 25 years in a nursing home. That family and I became so close. By the time Ralph Johnson died, I had gotten to know Ralph and his wife, Rose, very well. Before she passed away, Rose told me, ‘If we hadn’t had you or we had lost our case, where would we have been?’ I think my proudest accomplishment is that case. They’re gone now, but I often think of them, and how gratifying it is to know you’ve actually made a difference in someone’s life. That’s what keeps me motivated.”