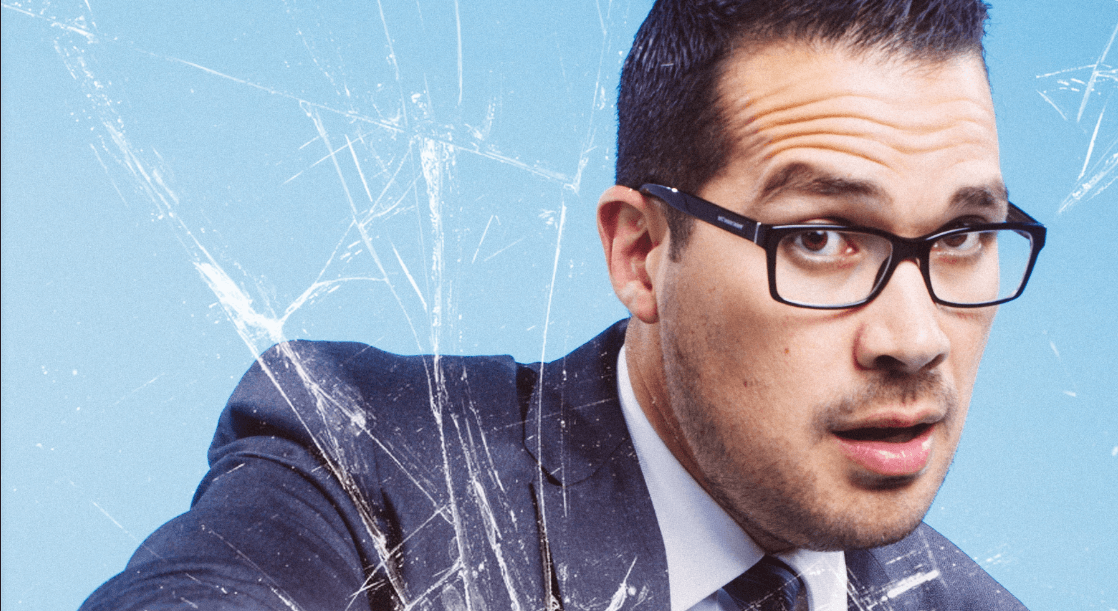 James Goodnow: Smash Or Be Smashed

Attorney at Law Magazine Lawyer of the Year, James Goodnow, is the author of “Motivating Millennials,” which debuted at No. 1 in the business management category on Amazon, and writes a biweekly legal industry, leadership and innovation column for Above the Law. He is a Havard Law School graduate and a member of the management committee at Fennemore Craig P.C. He agreed to pen his thoughts about the future of law and how firms can adapt to the rapidly changing industry.

Firms need to stop looking back and start shattering convention to survive.

There was a moment in the Rio Olympics when Usain Bolt, the world’s fastest man, had broken so far out in front of his competition that he could afford to do the unthinkable: he looked back. Photographers caught him with a joyous expression that seemed to say, “Is that the best you’ve got?” Bolt then turned his focus back to the finish line, crossed in first place, and claimed another gold medal for his mantle.

What Bolt realized is that looking back is something you don’t do unless you’re ahead. Even then, it’s only for a moment. Winning the race, claiming the prize, requires focusing on what’s in front of you.

Unfortunately, much of the legal industry is the anti-Usain Bolt. Rather than honing in on the future, attorneys often fixate on the past, on the business model that used to work so well, but is increasingly showing its age. In the run up to 2008, times were good. Profits per partner were rocketing upward as firms in the large financial centers continued to push their hourly rates deep into the triple digits. Associates could bill seemingly endless hours, operating as profit centers to make themselves big bonuses, and make the equity partners rich. Yes, times were good, so why not look back, longing for those good ol’ days, and try to bring them back?

The answer: you’re not Usain Bolt, and most law firms aren’t either. If firms look back while trying to move forward, they’ll end up tripping over their own feet.

Know When to Fold ‘Em

Whether lawyers like it or not, the legal world has changed. A recent survey and analysis put out by Citi Private Bank shows that, despite a soaring stock market, demand for legal services continues to decrease. More big businesses are moving high-rate work in-house while alternative legal service providers siphon work from the bottom. At the same time, virtual law firms are gaining market share, and major players like the Big Four accounting firms are jumping into the mix by opening their own law firms and strengthening their existing legal networks. With all the competition, traditional national and regional firms are feeling the squeeze. So what are firms to do in the face of these changes?

When the market shifts, you have to shift with it. The graveyards of the business world are littered with companies that didn’t move with the market and got ground into powder. How many smalltown newspapers and video rental stores that were going strong a dozen years ago still exist today? There was a time over a century ago when buggy whips were a hot investment opportunity, sure to outlast that newfangled automobile fad. There were probably telegraph station owners who thought their investment would last them through retirement, right up until Alexander Graham Bell drank their milkshake.

To stay strong, a business needs to recognize when the fundamental assumptions of its game plan have changed. In 1889, a man named Fusjiro Yamauchi founded a company in Kyoto, Japan to manufacture and sell Hanafuda, a type of printed playing card. The company thrived for decades, but during the 1960s found itself in a stagnant market, unable to take part in the massive boon Japan’s economy was experiencing. Demand for its product dropped substantially, and everything looked bleak for the company that had recently shortened its name to “Nintendo.” As you may have heard, it got into a new line of business. Rumor has it that it’s working out so far.

Had the business Yamauchi founded tried to tough it out, tighten its belt, and stay focused on its traditional business, like so many law firms are now doing, it wouldn’t have survived. Instead, it read its market and pivoted hard – reinventing itself as a company that could not only compete in its marketplace, but at times, utterly dominate the competition. Other businesses like Apple, GM, Netflix and Starbucks followed the same blueprint to create their own success stories. The law firms that can follow the lessons of these companies, by fearlessly innovating and rejecting business as usual, will be the ones that reap the rewards of the changing legal landscape.

But it’s not just market forces changing the speed of the game, it’s that the rules of the game may be changing too. The self-regulation era of the legal profession may have an expiration date. As unthinkable as it may be to consider non-lawyers investing in, owning, or managing law firms, there remains a strong push both at home and abroad to permit exactly that. The traditional bar on non-lawyers having ownership in law firms is looking shakier than ever before.

In 2007, the United Kingdom adopted its Legal Services Act in response to concern that the self-regulation of the legal profession was leading to inefficient client services. The law went into full effect in 2012, and today non-attorneys can invest in law firms, manage them, even own equity in them outright. Investors can go online today and buy shares in one of several publicly traded law firms. The experiment is ongoing, and only time will tell whether these new structures benefit clients and firms without compromising the core ethical considerations of the practice. Increasingly, though, it seems that the experiment will reach American shores within our careers. So what could this sea change mean? When the barbarians are at the gates rattling their swords and shields, preparing to sack the city, do we fight them, or invite them in and try to turn them into productive citizens?

Whether or not we accept non-lawyers into our ranks, though, the non-lawyers are already starting to devour market share. Whether it’s LegalZoom, which has gobbled up the low-end market for basic legal documents, or the endless rows of underwater servers powering the artificial intelligence technology that’s beginning to do our research for us, the days of competing head-to-head with only lawyers are over.

To adapt to the new legal world, law firms are going to have to start thinking like the barbarians. Law firms need to start assessing the trends in the business world as a whole when they build their strategies. Innovation flourishes in unexpected places. It may be that the next great innovation in legal practice gets its start in the world of biotechnology, e-commerce, or an unknown sharing economy business on Kickstarter. There are hundreds of millions of business-people in the developed world trying to use technology to solve problems that look an awful lot like ours. Why should we assume that their solutions can’t work for us just because the person who came up with them doesn’t have an “Esq.” at the end of their name?

There’s another big way that law firms differ from Usain Bolt. The races that Bolt dominated for a decade were sprints, over and done within minutes or seconds. Law firm survival is a marathon, and big changes have to be measured in months and years. The changes outlined above won’t happen overnight, but they’re all coming. The runners have taken their marks, and whether they know it or not, the starting pistol has fired.

The only choice firms have now is whether to start running, or get left in the dust.