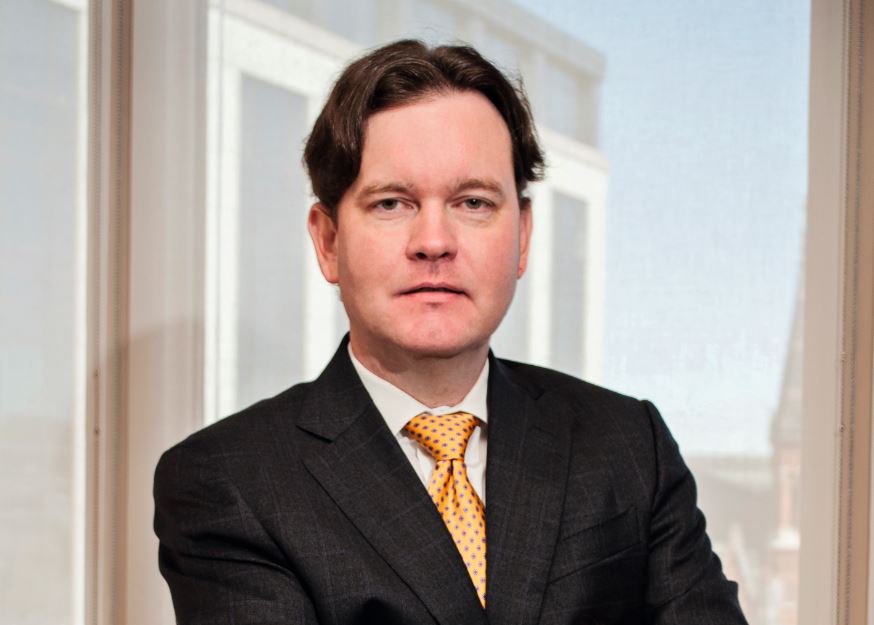 Jamie Moncus: Trust Is Everything

It’s 3:45 on hot afternoon in July 2015, and lawyer Jamie Moncus stands on a lonely stretch of Interstate 20 out in west Texas, a few miles east of Odessa. Gazing down the barren landscape he sees the approach of an eighteen-wheeler, and it reminds him of why he is there, nearly a thousand miles from his practice at Hare, Wynn, Newell & Newton in Birmingham, Alabama. The firm is representing two people killed at this spot when a tractor-trailer suddenly careened across the highway and struck the victims’ car, killing them instantly.

Walking along the highway, he spots a shirt in the brush just a few yards from the pavement where the accident occurred. Its distance from the highway gives him an idea of the force of the impact and the effect of an 80,000-pound truck striking a 3,500-pound vehicle head-on. Later that day he retrieves the rain-soaked driver’s log book. Somehow the local law enforcement officers who investigated the accident had overlooked it.

“I’ve been asked why I spent so much time and effort traveling out to the actual site of the accident. I just felt like I needed to be on the side of that road, where these two young men lost their lives. I wanted to hear the sounds where this tragedy had unfolded. But in the final analysis, if I had not gone out there, these crucial pieces of evidence would not have been found.”

In fact, although the driver had not been tested at the wreck site for alcohol consumption; he had consumed 10 large 24 oz. beers the night before.

The trucking company that hired the driver settled out of court for $11 million. “We were not able to prove any intoxication or anything of that nature. But we are reasonably certain that alcohol was a complicating factor.”

Such is the way Jamie Moncus pursues a case. It starts with gaining a client’s trust. “I will often visit a person’s home. I like to talk to a client in their own home, across the kitchen table. I remember a case when I went to Mississippi to visit a potential client. This nice young lady had lost her husband and she had two young children. We were talking and I could see the pictures on the wall of her husband and children. A horrible injustice had been committed, and I wanted to make a connection with that client.”

Gaining a client’s trust is crucial, Moncus says, not only to getting the case, but also to handling their case successfully. “It’s a situation of mutual trust. You earn someone’s trust by trusting them. You sit there and listen without an agenda. Listening is something many lawyers are not good at because we have our agendas and legal checklists, things we want the client to know about us or our firm. But you realize what is important in this moment is what they want to talk about. They’re the ones in the midst of this tragedy.”

He recalls another trucking accident that resulted in a death. “When accidents like this happen it’s not uncommon for a lawyer to say and do things to get the case, and the client may also interview several attorneys. A client asked me a couple of years ago, ‘Do you know why we decided to hire you?’”

Moncus confessed that he did not know why. “They explained that out of all the lawyers they interviewed, I was the only one who sat with them and listened, who was interested in what they wanted to talk about. The other lawyers just sat and talked. It struck me as profound that he wanted to tell me that.”

A Birmingham native in his early 40s, Moncus is self-effacing. His career path began with a degree in philosophy from Auburn University. “Not many attorneys get a philosophy degree as an undergraduate and to be honest I wasn’t sure at the time why I chose it as a major. But as I got to law school I realized that it teaches you how to solve problems, to think deeply and creatively. That was tremendously beneficial in terms of my legal education.”

“Philosophy applies to the law in so many ways. Every case has hurdles and problems and things that must be overcome to see that justice is done for the client. Having a background in philosophy has helped me in terms of solving problems in creative ways that other lawyers may not have thought of.”

That way of thinking helped, he says, with his law school training at Vanderbilt University in Nashville. “I think that law school has a way of brainwashing lawyers. It teaches you to think too rigorously in terms of being too restrictive, of always doing it ‘by the book’. But in the real practice of law there are many opportunities to solve problems in a creative way.”

From handling more than two to three dozen cases a year as a younger lawyer, Jamie  Moncus now handles four to six crucial cases annually. The smaller load allows him to focus on those cases, to be more exacting in discovery, to prepare more intensely, to win more consistently.

“I only take the cases that spark a personal connection deep inside me, cases where a true injustice has been done. It’s not just a birth injury or a trucking accident – it could be anything, but I’m primarily looking for any case where a profound wrong has been committed and I feel the injustice on behalf of the client.”