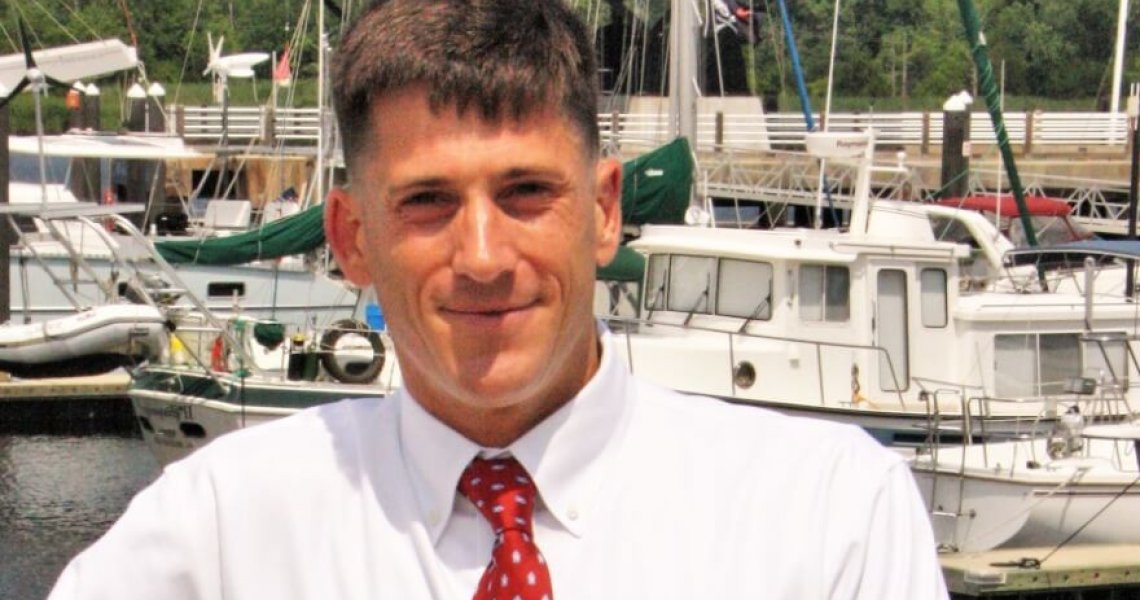 Jason R. Harris: On The Waterfront

Walking through a marina in Wilmington, North Carolina, recently, admiralty and maritime lawyer Jason R. Harris provided me with a quick tutorial on the importance of admiralty and maritime law in North Carolina. There was a boat for sale that might have secret liens that would delay the sale, he explained. He pointed to another boat whose owner had been in a dispute with a repair company. We looked at outboard motorboats, like ski boats, which he said are involved in plenty of boating accidents.

He joined the Wilmington office of Cranfill Sumner and Hartzog LLP (CSH Law) earlier this year when it wanted to add an admiralty and maritime practice. The practice area casts a wide net, from boating accidents to cargo and bills of lading disputes to treasure hunters to cruise-line accidents. Although now generally used interchangeably, the difference between admiralty and maritime law has historically been that admiralty law was limited to disputes involving torts and contracts at sea, while maritime law includes other types of legal disputes that occur at sea and other navigable waters.

Harris’ grandfather served on a submarine in World War II that was part of the fleet that rescued George H.W. Bush after his plane was shot down over the Pacific. “My grandfather has really interesting stories about saving men at sea and about life on the submarine. I’ve always been fascinated by it and about the concept of law at sea,” said Harris.

He was planning a career in law enforcement after graduating from Auburn with a B.A. in criminal justice. But a detour took him to Wake Forest University School of Law with the goal of becoming a prosecutor. “But I took a class in criminal law. I hated it and it hated me,” laughed Harris. He studied maritime law while earning his Juris Doctor from Wake Forest School of Law. He then earned a Masters of Law in Ocean and Coastal Law from the University of Miami School of Law. Harris served in the Army National Guard for six years.

Harris co-founded Welch and Harris, a law firm near Jacksonville, North Carolina. Among his clients were shrimp boat owners in Sneads Ferry.

He left the practice and joined an international marine salvage, wreck removal, decommissioning, and underwater services company at its headquarters in Houston. He served as its general counsel, director of legal and corporate secretary. He joined CSH Law earlier this year.

Harris’ practice extends to the state’s rivers and lakes, the Intracoastal Waterway and the ocean off of North Carolina’s coast. His cases typically involve boating accidents such as collisions, various injuries on and around boats and the water, jet skis, and allisions, which occur when a boat hits a fixed object such as a pier.

In 2016, the North Carolina Wildlife Resources Commission reported 367,225 boating vessels were registered in the state. There were 147 serious boating accidents and 22 fatalities on the state’s waters that year.

While the rules of discovery are the same on land as on the water, a maritime accident investigation is unique. “In my discovery and investigation, I’m asking questions about wind, weather, waves, moon and the tidal phase. I’ll probably want to have an accident reconstructionist with a maritime background. I’m dealing with marine surveyors and naval architects.”

When there is a water-related accident, the investigation may involve the NTSB, OSHA, and the U.S. Coast Guard among others. “It can make preserving evidence a real challenge,” said Harris.

There are a great many differences between land-based cases and water-based cases.

Maritime cases are seen at both the state and federal levels. “This is where practitioners who don’t deal with maritime law every day can get jammed up because they may not realize that the tools that maritime law can offer can work to their advantage strategically and/or procedurally.”

Harris often gets called in on disputes involving boat owners who were towed after running aground and said they have a membership to an emergency response company.

“For instance, someone comes and puts a line on their boat and pulls them off then sends the boat owner a bill for a portion of the vessel’s value. You might have a $100,000 sportfishing vessel and you suddenly get a claim against you for $20,000-30,000. It’s a claim under marine salvage law. We get into this dispute over whether it’s a salvage or a tow, and it might make a big difference in value,” said Harris.

“One of the joys about having a coastal practice is that on the weekends we love to beach up and go fishing,” said Harris. He owns a 22’ Robalo Caymen called the BLUE PHISH (an homage to his favorite band). Free time is spent on the boat with his 11-year-old son, Fint, and wife, Julie.

“I’m the most miserable person to go fishing with because on the way out, we see a shoal or someone’s line gets tangled or a propeller gets fouled and I can tell you a horror story about any of that stuff.”

Harris has been designated as a Proctor in Admiralty by the Maritime Law Association of the United States, which is an organization of maritime lawyers. “Having earned proctor in admiralty status is a great honor and an important distinction toward demonstrating proficiency and competency in practicing maritime and admiralty law,” said Harris.