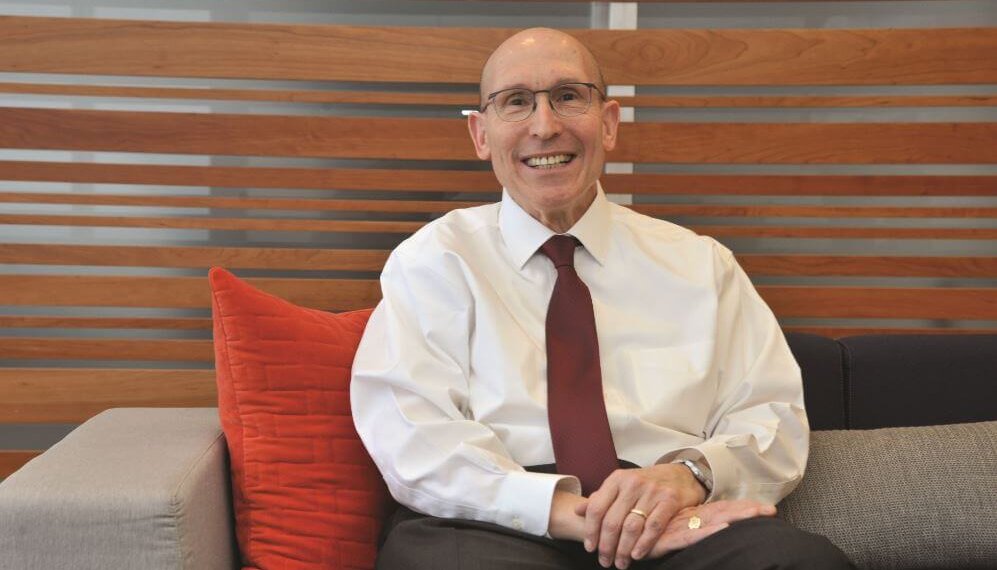 On July 31, 1790, the very first U.S. patent was issued to a man named Samuel Hopkins for his “improvement in the making of Pot ash and Pearl ash by a new apparatus and process.” The business of invention is now American dogma – an inheritance passed down by our clever founding fathers – and today the U.S. Patent and Trademark Office (USPTO) receives more than half a million applications per year for innovations undreamed of in the 18th century.

But the globalization of trade and mass exportation of culture has also led to an increasingly complex set of commercial and legal considerations, resulting in an expanding and many-sided discipline of law. Few practitioners possess the temperament or the skills necessary to brave the labyrinth of conflicting trade interests, cultural values and assertions of sovereignty. The firm of Patterson Thuente IP has gathered some of the world’s leading intellectual property specialists, attorneys who demonstrate the creativity and technical expertise prerequisite to advising clients in these composite matters. Among them is Jay Erstling, of counsel, whose distinctive, international perspective makes him a sought-after voice for clients from all points of the compass.

Erstling grew up in New York, simmering in the spices of America’s greatest melting pot. “Living in Brooklyn, when you take the subway or you’re driving into Manhattan, you see the U.N. building on the East River,” he said. “I thought it was wonderful. Seeing that building so frequently made me think about being involved in something international. In high school, before the days of high security, I used to hang out in the U.N. building, or have something to eat in the U.N. coffee shop. It was so interesting to me to see so many people from everywhere. So I set a quest of having an international career.”

Erstling has never lost the passion and wonder for the world that he felt as a youngster. A gifted scholar, he earned his degrees from Cornell University and Cornell University Law School, built his network of contacts, and began his career with a labor and employment law firm in Pittsburgh, Pennsylvania. During his first year, he wrote a winning U.S. Supreme Court brief. This stellar beginning to his career in law led to his invitation to Geneva, Switzerland, where he served as a legal officer for the International Labor Organization.

His service next opened the door for him to work as a legal officer for the World Intellectual Property Organization (WIPO), then a relatively new addition to the U.N. system. “That experience was my introduction to intellectual property, and it became a love affair. I thought it was fascinating. I loved learning about it through the lens of the treaties and international law rather than from the U.S. law perspective. It was also the time when China was developing its IP system. I was very involved in the first drafts of China’s IP legislation. It was an amazingly, infinitely interesting subject matter that touched on the way economic and social issues integrated from an international perspective.”

Erstling was promoted to senior legal officer, and he remained at WIPO for 10 years. “When I returned to the states, I realized I was no longer a labor and employment lawyer; I was an IP lawyer.”

After several years in Minnesota serving as a professor of legal studies in business at the University of St. Thomas, as well as working in the intellectual property and international law practice groups at the firm of Fredrikson & Byron, P.A., Erstling was invited back to WIPO, this time, as the director of the Office of the Patent Cooperation Treaty (PCT) and director-advisor on PCT matters.

According to WIPO, “The Patent Cooperation Treaty (PCT) assists applicants in seeking patent protection internationally for their inventions, helps patent Offices with their patent granting decisions, and facilitates public access to a wealth of technical information relating to those inventions. By filing one international patent application under the PCT, applicants can simultaneously seek protection for an invention in 148 countries.”

The experience and relationships Erstling gained there are the cornerstone of his international patent strategy, consulting and expert witness practice today. He explained, “What I learned has been very helpful to what I can contribute to clients today, because as director of the PCT, I ran a system that involved over 140 countries. It was my job to get to know the patent offices and attorneys in the major countries, so my network of professional colleagues is expansive, and my familiarity with patent laws, offices, practices and people all over the world is extensive. I can assist with a range of issues, from recommending and working closely with counsel in different countries to knowing what regulations say in words and how they operate in practice.”

Erstling identifies four key factors that influence the decision to pursue a patent: (1) Where manufacturing is taking place; (2) where the product is being sold; (3) where competitors and their manufacturing facilities are located; and (4) how effective patent rights will be in that country.

“In the end,” he continued, “the whole purpose of all of this is to be able to take advantage of a patent as a business asset, and to maximize the value of that asset on an international level. There is a lot of decision making from the business side, determined by where someone actually needs the protection. I can help with that.”

With the passage of the America Invents Act of 2011 (AIA), the merits of the “first to invent” vs. “first inventor to file” systems were hotly debated. The granting of patents to the first applicant to file has long been the global standard. The United States was the odd man out, since preserving the rights of the first to invent is consistent with our cultural reverence for the visionary and the underdog. But Erstling points out that our patent policies put us at odds with a global system that was striving to find consensus. A study of the matter revealed “that in almost all cases, the first to invent was also the first to file. So we were not giving up something sacred in making the switch, but were becoming more integrated into the international system.”

Erstling is himself a pioneer and inventor of new things. After David Kappos, former director of the USPTO, spoke at William Mitchell some years ago and expressed his sentiments about the need to establish a patent pro bono program, Erstling and his colleagues at Patterson Thuente, in particular, Jim Patterson and Amy Salmela, answered the call. “The reason is that a lot of inventors who have good inventions are going unprotected. Also, efficiency is greater when an attorney drafts the patent application. We worked with LegalCORPS to create the first patent pro bono program in the country here in Minnesota. With the support of the Patent Office, it has now become nationwide and is embodied in Section 32 of the AIA. By executive action, President Obama created a position of pro bono coordinator in the Patent Office. Now there are 20 regional programs throughout the country so that every state is covered.” WIPO is also piloting a similar program now in Colombia.

Erstling is a passionate and philosophical legal arbiter whose genius is understanding the “why” as it relates to international patent policy. Through his network of international contacts and his immediate knowledge of global IP developments, he successfully links people with ideas and solutions that work. “I am happiest when I can focus on the intersection of patent law and policy to help clients create value and achieve their international business goals. Given the legal and technical expertise of my colleagues at Patterson Thuente and the breadth and sophistication of our client base, I have lots of opportunity to do what I love.”