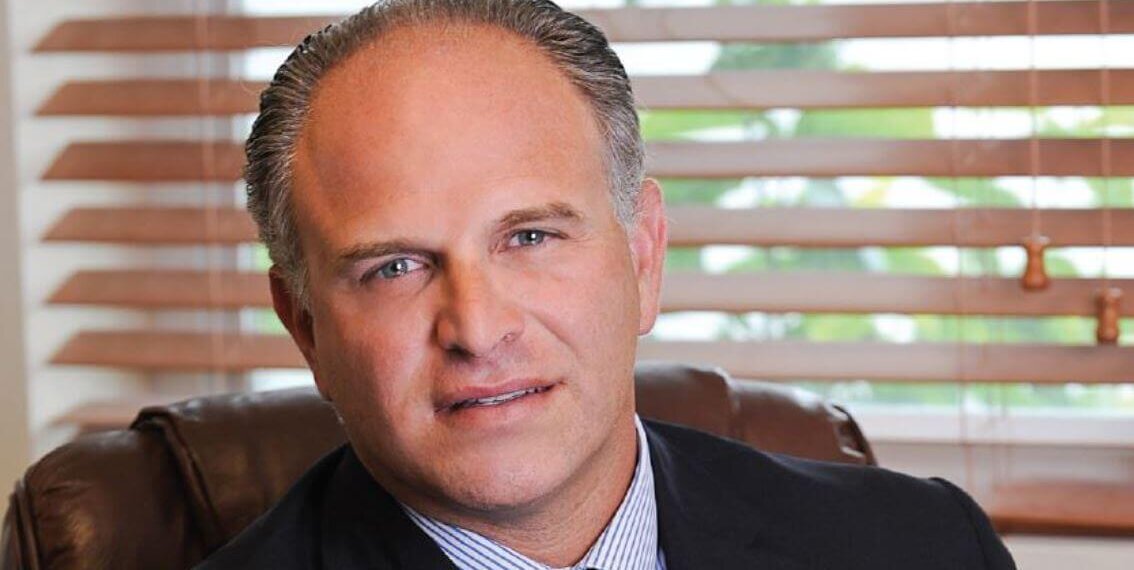 Almost a decade ago, Joe Zumpano walked into empty offices. He and his law partners Leon Patricios and David Winker, were starting over. As Zumpano Patricios & Winker scales toward the 70 lawyer mark, the partners look back on those days and acknowledge the progressive force of a determined visionary.

Zumpano has always shown a propensity toward fighting for the principles of justice, regardless of the opposition. As a young law student at Georgetown University Law Center, Zumpano wrote an article disputing North Carolina’s statute requiring nonconsensual sterilization of the mentally disabled, offering an ethics critique of the policy including substantial research indicating the lack of regard toward the autonomy of the sterilized individual. In 1996, the article was featured in The Journal of Contemporary Health Law and Policy and subsequently referenced by numerous law and policy journals. His research and arguments served as an early frame of reference in the more than two decade-long fight against this practice in North Carolina.

Zumpano focuses his practice on two of the firm’s flagship areas: complex healthcare law and international law. Having spent earlier years practicing in the transactional and regulatory health care and international law areas, matters he continues to handle, Zumpano’s practice shifted over a decade ago primarily to high stakes litigation.

He finds a common thread in high stakes litigation in health care and international law. “In both areas, we operate in asset recovery,” explained Zumpano. “Clients retain me to target foreign governments, offshore trusts, and HMOs, that have taken or kept something that doesn’t belong to them. Many firms won’t even touch litigation like this, but we have the bandwidth to handle complex litigation and are hired to get the assets back.”

Zumpano noted that it takes several hundred man-hours of preparation, strategy and formulating arguments to determine whether or not to accept a new client in these complex cases, which eliminates many competitive firms from accepting the challenge.

Zumpano’s cases in this area have created important law and featured novel arguments in the managed care litigation field. In Adventist v. BlueCross, he and partner Leon Patricios advocated the principle that HMOs should not be permitted to unilaterally set payment rates for emergency services and care. Their lawsuit established the principle that a health care provider would have a private cause of action against an HMO under the Florida Statute at issue. Other cases argued by Zumpano have focused on uncovering and revealing the various games played by HMOs and managed care payors to underpay hospital systems and health care providers. He has argued passionately against “rental networks” and “silent PPOs” (where HMOs and other managed care payors extend hospital discounted rates to parties not authorized to receive the discounts), and against other inappropriate reductions in compensation to hospital systems and health care providers. His clients include major hospital systems in Florida, South Carolina and Illinois. Health law attorney and law partner David Winker remarks, “It has been a great joy to watch Joey in these cases. It has inspired me and others to know that one can make a difference even in cases against the most formidable of opponents.”

In a well known case against an ex-husband who moved millions of dollars of marital assets into a Bahamian Trust including vast sums from his son and daughter’s trust funds, Zumpano pursued recovery on the former wife’s behalf for a decade. Leading a multi-jurisdictional effort, Zumpano and his team were able to pierce a Bahamian trust and recover nearly $4 million in assets. In 2007, Zumpano’s team obtained a “Mareva” injunction in a Bahamian Court that froze most of the assets in the trust. A Bahamian judge ruled in 2008 that Zumpano’s client could recover assets in the trust that her ex-husband had filled with misappropriated funds.

“Extracting assets from Bahamian Trusts is an incredibly rare feat,” said Zumpano. “Our efforts have widened the doorway for future litigation opportunities.”

Representing Janet Ray Weininger, daughter of CIA Pilot Pete Ray, who was shot down over Cuba during the Bay of Pigs invasion and executed by Fidel Castro, Zumpano and his law Partner Leon Patricios obtained an $85.5 million judgment against Fidel Castro, Raul Castro, the Army of Cuba and the Republic of Cuba. Zumpano assembled and led the legal team that collected one hundred percent of the compensatory damages awarded, which was approximately $24 million.

In 2010, Zumpano went before the United States District Court for the District of Columbia, again against agencies and instrumentalities of the Cuban government. In a vigorous “seesaw” battle, Zumpano argued that the Cuban government’s injection of the Hepatitis C virus into the body of a torture victim constitutes a biological attack against an American citizen on our own soil. He argued that each viral “highjacking” of a human cell and the subsequent death of that cell through the viral replication process constitutes a biological attack with an identifiable moment of commencement and an identifiable moment of end. A ruling is yet pending.

Zumpano’s latest work involves examination of a potential case against a notorious narco-terrorist group. He is carefully considering whether to take the case and architecting his strategy at the time of the writing of this article.

Armed with a vision and entrepreneurial spirit, Zumpano spearheaded his firm’s global expansion. Under the business model pioneered at the firm, termed ‘new globalism,’ the firm’s international footprint has expanded across the globe. Choosing foreign locations based on the legal prominence and frequency of business dealings with the United States, Zumpano’s firm places attorney coordinators within foreign law firms to act as legal matter coordinators. Zumpano and his partners then handle the U.S. side of legal matters in co-counsel with the foreign firm.

“We generally do not encroach upon the foreign country’s marketshare,” noted Zumpano. “Our attorney coordinators act more as liaisons on behalf of our clients to ensure that legal matters between the United States and the host country run efficiently.”

“Since the onset of our new globalism approach, we have had a steady stream of requests from foreign firms to align themselves with us,” continued Zumpano. “We are very selective, however, and look for potential partners who share the same values of humility, compassion and passion for justice that we have here at our firm.”

Citing unprecedented growth, Zumpano, Patricios & Winker has three traditional offices in the United States-its Miami Headquarters, Chicago and Salt Lake City offices-as well as 18 satellite offices around the world, including their most recent addition in Guayaquil, Ecuador. Rare in the industry, the firm purchased and renovated its Miami headquarters building and is looking to purchase another building in Chicago.

One of the most notable human interest stories involving Zumpano was his momentous rescue of Cuban migrants in 2007 during a law firm retreat at his Key Largo home. A little after midnight, Zumpano and a colleague were chatting on his balcony when Zumpano heard what he thought were cries for help.

Zumpano, a master captain in the U.S. Merchant Marine, began navigating his fishing boat toward the source of the distress calls and alerted the Coast Guard.

Seeing the flicker of a small fire on an offshore island, Zumpano navigated his boat through shallow water under difficulty of darkness and weather. As his boat approached, he heard the voices of a group of people on the island who identified themselves as 22 Cuban migrants. Zumpano called out that he and his colleague had witnessed the fact that they had reached U.S. soil and achieved “dry foot” policy and that they would radio this fact to the Coast Guard. A euphoric cheer erupted from the migrants. Zumpano relayed his coordinates to the Coast Guard, who then transported the migrants to the mainland safely.

Rescuing the migrants touched Zumpano emotionally due to his family’s Cuban history. Not only did his mother escape Communist Cuba in the ‘60’s, but his great-uncle-the admired Treasurer of the Cuban Revolution-was imprisoned by the Castro regime as it drifted toward communism and in contradiction of his Roman Catholic beliefs. His cousin and namesake, Jose Ignacio Marti Santacruz, was also tortured and killed by Batista’s forces in Cuba.

“To this day, partaking in the rescue of those 22 Cuban migrants is one of the most meaningful events in my life,” stated Zumpano. “Witnessing their first taste of freedom was both powerful and humbling.” Attorney at Law Magazine