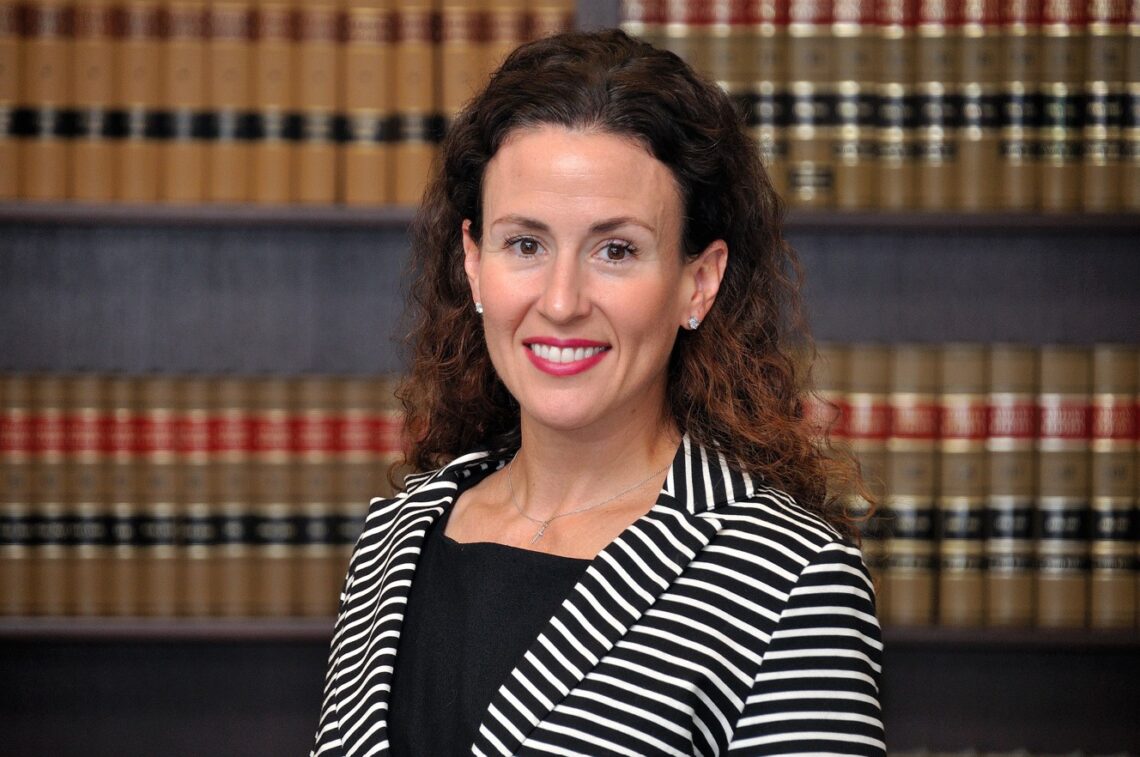 On July 8, Gov. Doug Ducey appointed Kathryn Hackett King to the Arizona Supreme Court. Her appointment filled the seat vacated by the retirement of Justice Andrew Gould. King, most recently an employment law partner at BurnsBarton, sat down with Attorney at Law Magazine to discuss her appointment and her career.

AALM: What first drew you to a career in the law?

KHK: My father, Bob Hackett, began practicing law in 1969. During my formative years, he took me to his law office, introduced me to his law partners, and routinely discussed with me the joys (and challenges) of the practice of law. I was drawn to a career in the law because of him. He has been both a father and mentor to me.

AALM: What are you most looking forward to in your new role on the Arizona Supreme Court?

KHK: Being an Arizona native, I primarily look forward to serving the entire State of Arizona. Before my judicial appointment, my law practice involved cases and legal matters from seven of the state’s counties. I look forward to reviewing cases presented to the Arizona Supreme Court from all 15 counties.

AALM: What was your first reaction upon receiving the appointment?

KHK: A feeling of tremendous honor and excitement. It took some time for the news to actually sink in. For several weeks, I kept asking myself, “Did that really happen, or was that a dream?”

AALM: What do you anticipate being the greatest adjustment from practicing law to serving on the bench?

KHK: One major adjustment is no longer having to keep track of billable time! Most of all, I look forward to spending the majority of my time just focused on reading and writing about really interesting and current legal issues.

AALM: Can you tell us which judges or justices you most admire? What traits of theirs do you hope to emulate?

KHK: I previously served as a law clerk to Justice Michael D. Ryan of the Arizona Supreme Court. He had a thoughtful approach to legal issues, and a calm, respectful demeanor toward all who appeared before him. I greatly admire these traits and hope to emulate them. I also admired Justice Ryan’s service and sacrifice to the United States of America (through his service as a Marine in the Vietnam War) and to our state (through his service as a prosecutor, superior court judge, court of appeals judge, and Supreme Court justice).

AALM: What are some issues you anticipate coming before the Court in the coming years?

KHK: One of the Court’s roles is to resolve ambiguity in the law, such as when the two divisions of the court of appeals reach different outcomes. I look forward to being part of resolving those splits and addressing issues of first impression that have a statewide impact.

AALM: How will your experience in employment law help you in your consideration of cases?

KHK: As an employment lawyer, I litigated claims brought under the U.S. Constitution, federal and Arizona statutes, and federal and Arizona regulations, as well as tort, contractual, and other civil claims. In addition, I litigated timely legal issues, such as the increasing presence of electronically stored information in discovery and several cases of first impression in Arizona and nationally. My active litigation background and experience in both the trial and appellate courts will be of great value in considering cases appealed to the Arizona Supreme Court.

AALM: Can you tell us about your work as a deputy general counsel to Gov. Ducey? What are some of your most memorable events from your time in his office?

KHK: As deputy general counsel, I was responsible for advising the Governor’s Office with respect to the multitude of statutory, constitutional, and other legal duties of the executive branch and executive agencies. I advised on litigation-related matters and also handled executive clemencies, extraditions, judicial appointments, public records requests, and more. Being involved in the judicial vetting and appointment process for several appointments to the Arizona Supreme Court, including Justices Bolick, Gould, and Lopez, was highly memorable for me.

AALM: As we resume life after COVID, are there any practices you think the courts should consider keeping?

KHK: The development and use of technology in the courtroom has advanced the administration of justice, reduced costs for parties, and created efficiencies for Arizona citizens and the courts. Where those benefits can continue and improve access to justice, I expect the expanded use of technology in court proceedings to remain with us in the post-COVID world.

AALM: In January, non-lawyer ownership of law firms went into effect in Arizona. How do you see that decision changing the legal community in Arizona and in other states?

KHK: The legal community includes law firms, non-lawyer providers, and the public they serve. Arizona is a national leader in expanding access to legal services in underserved areas and looking for ways to improve access to justice. I know the Court will continue pursuing those goals from the judicial branch’s strategic agenda.

AALM: Tell us about some of your work in the community. Will you be seeking to expand your work once you’re on the bench?

KHK: Throughout my life, I have greatly valued service to others and my community. To that end, I previously served on the Arizona Board of Regents, the Arizona Civil Rights Advisory Board, and the Executive Council of the State Bar of Arizona’s Employment & Labor Section. I no longer serve in these roles now that I am on the bench, but I plan to continue volunteer work in the community within the confines of the Arizona Code of Judicial Conduct.

AALM: Tell us about yourself outside the office. What do you do to unwind?

KHK: I am a wife and mother to two children who are in elementary school. To unwind, I attend exercise classes most mornings before my children are awake. I find that exercise is a great way to kick start my day. It not only gives me energy throughout the day, but it also gives me alone-time to think about life and legal issues.

AALM: What is something your colleagues would be surprised to learn about you?

KHK: I was a competitive swimmer when I was younger and was nationally ranked at one time in my age group in two breaststroke events.

AALM: Looking back on your career so far, is there anything you’d change?

KHK: There is nothing I would change about my career. I view every job and experience as a blessing that has given me a new perspective on life and helped me grow as a person and a lawyer.

KHK: Life as a new justice and establishing the administrative parts of operating a chamber on the Court have been busy and exciting!