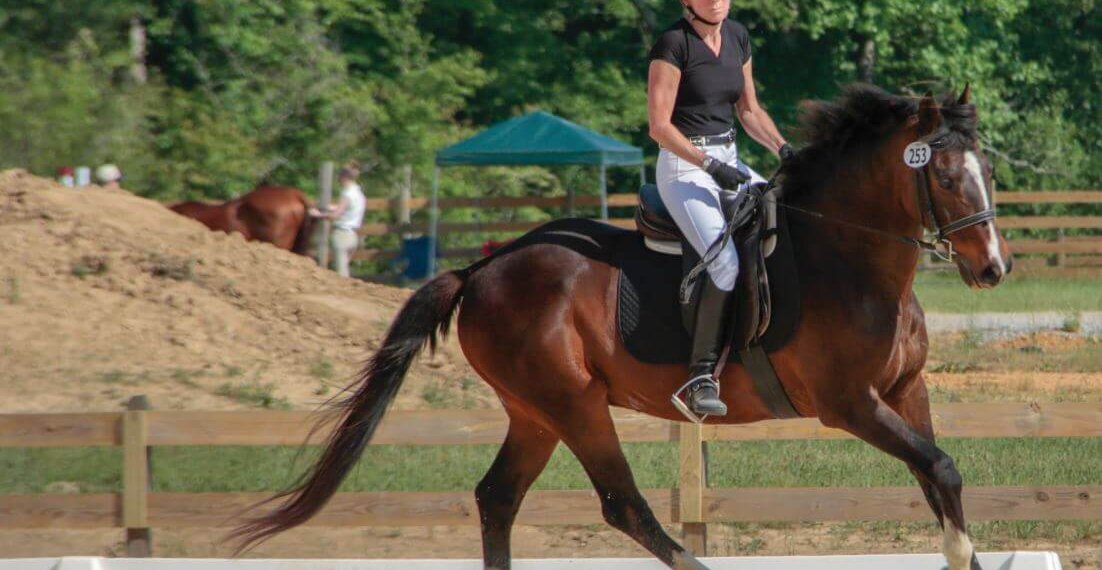 LaBella Alvis: “You Have Only One Life to Live”

Upon first meeting LaBella Alvis one realizes she exudes energy. A living example of living life to the fullest, she packs more into a week than most people do in a month.

“I’ve only got this one life to live, and I want to make the most of it” is her philosophy. It’s a life with experiences as varied as learning to parallel-park an 18-wheeler, working in public relations and covering drag racing in Houston, and taking top prizes in horsemanship. And she combines all of this with being a senior partner at Christian & Small in Birmingham.

The seeds of her active life were sown in her childhood, growing up in Montgomery. “My Dad loved being in the outdoors.” But when her father died at 46 when his Jeep rolled over, her mother resumed the law studies she had to put on hold years earlier. Her mother’s example lit the fire in her daughter for what would become a highly successful legal practice.

Alvis hit the ground running as a litigator. “One of my very first cases involved a severely burned child who got tangled in a crock pot cord, pulling the crock pot over onto her. Back then, crock pots had longer cords, making it easier for these accidents to occur.” There was just one problem, though: Alvis did not yet have her law license. “One of the senior partners got the Alabama Supreme Court to grant me a temporary license until my bar results were in so I could take depositions in the case.”

Not even a year out of school, she took a leading position when the firm represented a church in an injury lawsuit brought by the families of children injured when the church bus’ brakes failed while taking the children to an outing. The bus ran off the road and overturned in a ravine; the force of the collision so great it tore the body of the bus off the chassis. “Their attorneys sued the church, the bus parts manufacturers, and the bus maintenance company,” she says. “We defended the church against all those plaintiffs.”

“One young man suffered injuries that left him a paraplegic. After he settled out of court, no one was gunning for the church. At the trial, my senior partner, Ed Elliott, let me do the closing argument, which I saw as a great vote of confidence in my abilities.”

After several years at Rives & Peterson, she retired. Years later she decided to return to what was now Christian & Small. Though she was asked to return as a partner, she declined. “It didn’t seem fair for me to come back as a partner, so I told the partners I’d come back as an associate.” That required her to rebuild her client base and she jumped into the challenge of firm marketing. “It was still tough, though, to start over again at age 49.”

She did so, however and after more than 30 years now with Christian & Small, Alvis’s practice is heavily medical malpractice, as well as insurance coverage, employment, liquor and products liability.

That boundless energy has always extended to a desire to give back. She plunged headlong into service to the Birmingham Bar Association in the mid-1980s, and over the years served on many committees and as President of the Young Lawyers’ Section, member of the Bar’s Executive Committee and Foundation, and is currently on the Boards of the Women’s Lawyer and ADR sections.

The accomplishment, however, that gave her the greatest satisfaction was as co founder of the Bar Association’s Volunteer Lawyer Program, working with Birmingham attorney Ken Cain, “We modeled it after the Mobile VLP program, and I was the first director.” Today the BVLP is Alabama’s largest, serving more than 3,000 people annually.

Alvis has long helped bar association fundraising efforts. She produced a cabaret fundraising event that netted more than $30,000. “It was just a riot,” she laughs. “We had a lawyer band, unbelievable lawyer talent. One brave Judge brought down the house as Elvis. I’ve probably never had more fun.”

A PASSION FOR HORSES

Despite a heavy work and volunteer load, Alvis still finds time for a wide variety of interests that include horses, sailing, tennis and snow skiing.

Horses are a principal passion. Riding her prize show jumper Mercurio, she won eight first place and a third place award at the 2010 Alabama Hunter Jumper competition. “Mercurio has won many blue ribbons in stadium jumping, but I was proudest that we won so many ribbon against professionals, especially, the Open Division in which we cleared an entire course of mostly four foot jumps.”

To win, Alvis used analytical skills honed over decades of practice. Rather than just walking the course as most riders do, “I climbed to the top of the stadium to analyze the turns, to decide an angle of approach that would get through the course the fastest. By looking down from the top I was able to gain a perspective that allowed me to shave several seconds.” She has now largely retired from jumping, confining her riding to dressage.

Now past 60, LaBella Alvis shows little evidence of slowing down. “I’ve always marched to a different drumbeat. I’ve never been afraid to fail, and am willing to take risks. I take after my father in that regard. It may be a little odd the way I push life, but then you have one and I want to make the most of it.”