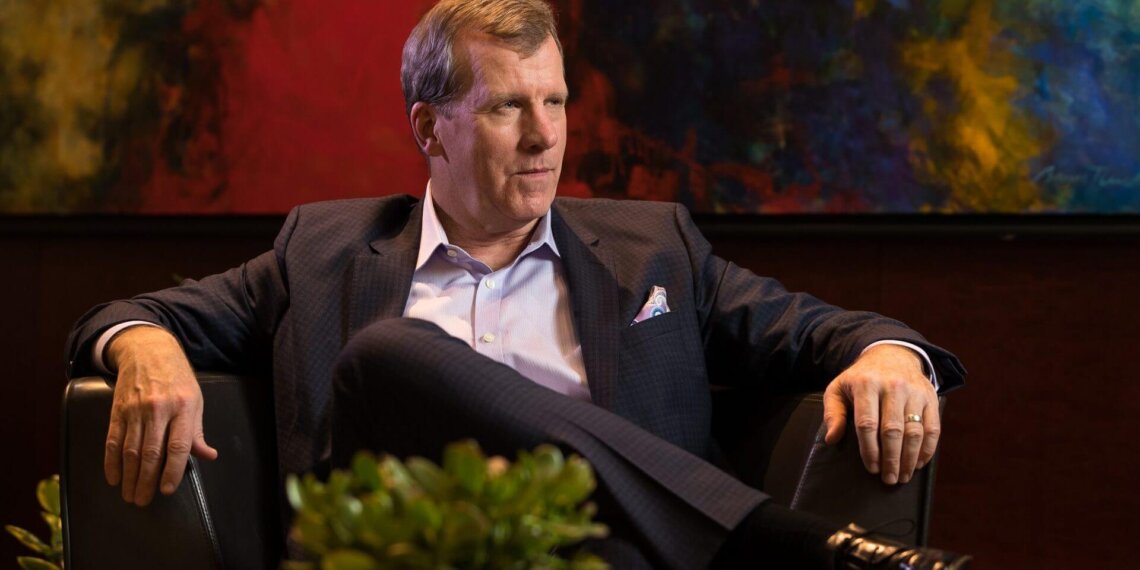 Everybody wants good service, but that’s especially true when the provider is a family law attorney. The term “good lawyer” has special meaning for Larry Hance, founder of Hance Law Group, PC.

Hance says, “Divorce hits people on multiple levels – legal, financial, and especially the emotional level – and too many people approach an admittedly challenging situation with a sense of dread and even fear. They need a good lawyer, but in my opinion the definition of good too often gets a little off-base in the minds of those involved.”

He defines a “good” lawyer as he would any good professional. The attorney must have the necessary training and legal skills necessary to fully represent a broad base of client needs. He must also be committed to a focus on each client’s specific goals and to maintain that focus from the initial meeting through completion of the legal process.

Hance believes that clients want a fair result, achieved as quickly as possible and for a reasonable cost for the effort and expertise required. A good attorney will often be required to help a client define and refine those goals so that they can be achieved.

There’s more, he says. A good attorney is aware of the needs of the client beyond legal representation. He should be able and willing to make sure that the client receives any additional services, such as financial advice or estate planning by referral to specific reading material or experts in other fields.

Hance says, “All I do is family law, which is primarily divorce, and my approach is to get good results for my client while doing the least damage to the client, the family, the opposing party, the children and even the extended family. We do that by trying to determine what the best process is for this family in going through a divorce.”

Hance has more than 35 years of experience as an attorney, as an associate judge in Dallas County, and in dispute resolution. Hance Law Group represents primarily high net worth clients in litigation at the highest level of family law practice in Dallas and the surrounding counties. The firm also recommends representation in collaborative law when appropriate.

Fighting for the Underdog

Hance was raised in Dallas and then Rockwall where he attended high school. The experiences of those years helped develop a drive and an approach to family law that he believes places his firm in that “good lawyer” category.

He grew up on a farm and was fond of horses. His primary activity in high school was called Play Days, a reference to competitive horse riding in a number of events such as barrel racing.

“I learned valuable lessons on the farm that have stayed with me throughout my career. I practiced a lot. I prepared my horse a lot for those events. We were in sync with each other. That’s how I practice law in my firm. We see ourselves as a team. My horse and I used a lot of finesse and a lot of power. You have to have a little bit of both to succeed.”

Hance earned his degree in political science from SMU and his Juris Doctor from SMU Law School.

After graduation, he acquired a position with a solo practitioner, Burt Berry, who handled personal injury cases. He always hired a young associate to handle the other types of cases that inevitably came his way. “I did a lot of family law for him along with everything else. I learned a lot of it on my own, but he was a great mentor. It was important to Burt to be a hero for his clients, to help them succeed and to fight the good fight for the underdog.”

He practiced primarily family law with Perini & Carlock and then was appointed an associate judge in one of the family courts in Dallas County, a unanimous appointment by the seven district judges.

The experience of observing legal proceedings from the bench has immensely helped perfect his approach to court proceedings. “I learned a lot about what we look like to the judges, and that helped me be a better lawyer in court. Once you sit on the bench you see that the Perry Mason style of trial tactics don’t really mean anything. The judge just wants the real information and doesn’t need it all tied up in a pretty bow,” he says.

In another lifetime Hance thinks he would have been a mental health professional. “I’m a helper. I want to help people solve their problems.”

Often attorneys are challenged by clients who are unable or unwilling to see the situation reasonably. They are often confused and even disoriented when they come in. Some lawyers allow such clients to make important decisions knowing that, as attorneys say, clients are sometimes “temporarily insane.”

“That’s a strong term, but if you let them make those decisions they’re probably going to regret them later when they are ‘sane.’ We can’t keep them from doing certain things, but we can work really hard to make sure they are thinking it through and they’re as competent as they can be. If they need some mental health help, we make sure they’re getting that. If they need some support from important people in their lives – friends, family or clergy – we make sure they’re getting that. We try to slow them down to the point where they can make a decision because we really can’t make decisions for them, but we can try to help get them to a better position to make good decisions,” Hance says.

The firm’s policy isn’t to take a “no, you shouldn’t do that” approach. Rather, they encourage the client to explore different strategies and possible outcomes so that the client works through the process and comes to see the value of the most reasonable course.

Hance says that a lot of people believe that taking an aggressive “junkyard dog” approach will force the other side to cave in and accede to his or her demands. That approach is short-sighted. “Once you’ve brought the 2×4 to their forehead and hit them with it they’re not going to be very easy to deal with after that. So, you really didn’t accomplish anything with that approach. You didn’t get them to cave in. And now you’ve stirred them up and it’s going to get more complicated and frankly the lawyers are going to make more money.”

“The chances of achieving a client’s goals through pressure and threats is minimal at best and generally causes more damage in the divorce proceedings. The approach is faulty for a number of sound reasons. One, the approach isn’t welcome or appreciated by a judge. As a result, if a judge makes decisions in this scenario, the client is frequently associated with the characteristics of his or her lawyer. This can result in rulings which are very unfavorable to the client,” Hance says.

Secondly, the “junkyard dog” positioning can backfire and create a “runaway train” of a case, where only the lawyers “win.”

Thirdly, the approach can be, and usually is, expensive. Hance says, “If you are trying to affect the outcome by putting pressure on the other party, you have to take legal actions which might create that pressure such as pervasive discovery requests; depositions of numerous individuals; multiple threatening, written communications; multiple hearings, and other matters that can dramatically affect the amount of financial investment required.”

In addition to representing clients – which sometimes requires playing the role of counselor, therapist or referee – Hance enjoys the management side of the business. “I like running a law firm and making it run really well, creating systems and training a team to provide service to clients efficiently and effectively.”

Their level of service is recognized by other professionals in the legal community. Hance Law Group receives most of its business through referrals from lawyers. Hance says that’s no accident. “I want other attorneys to be able to say you can go to Larry’s firm and you’re going to be treated well, you’re going to get the best possible outcome, and you’re not going to be overcharged for the work they do. That we have the highest integrity and that judges trust us. The judges know that if we’re asking for something it’s got a reasonable basis, so they’re going to listen. Judges tend to tune out attorneys who come in over and over asking for ridiculous things.”

Hance strongly recommends that people considering getting a divorce get good legal advice immediately. “They might or might not end up getting a divorce, but there are matters that could cause significant problems if they don’t see a lawyer right away and get an overview of what to do and what not to do. How someone starts a divorce is critical to how it is going to turn out. If they start out wrong, it’s not going to go very well.”

“What I like to do now is have people come out of here better off than they were. Everyone who comes in has some problem or a bunch of problems so if I can get them through this process and get them a reasonable result and also help them improve that other part of their life – that’s a personal mission and a business mission. That’s what I love to do.”