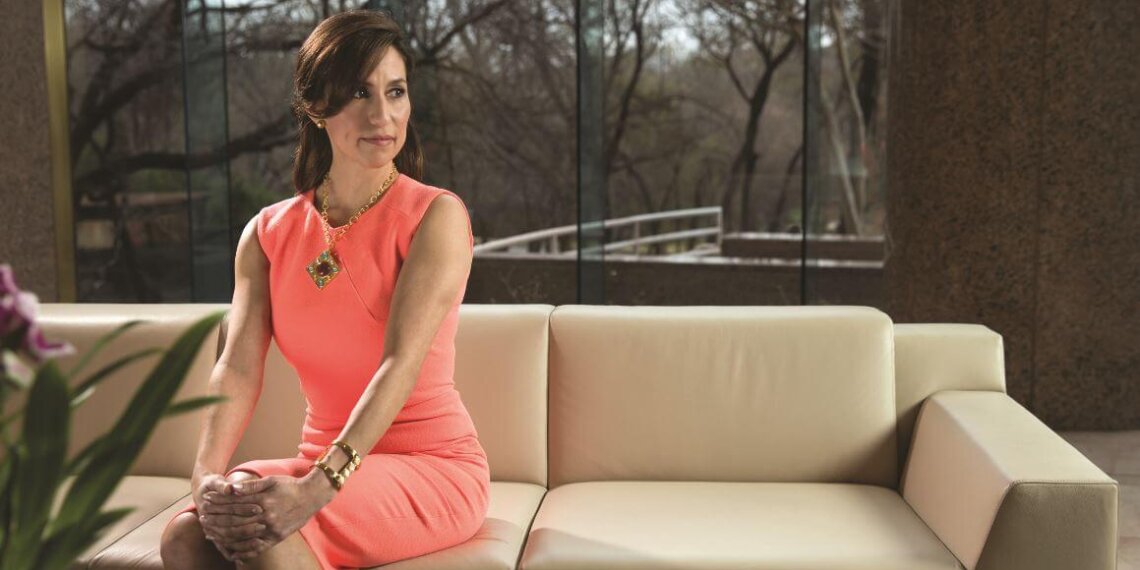 Laura Benitez Geisler: With a Role Model Like You

Growing up in South Texas, Laura Benitez Geisler didn’t have any role models involved in the field of law. But she had something far more valuable – a mother, who taught by example the value of hard work and perseverance, and a father, who instilled in her the idea that she should never limit her goals by any perceived obstacles and to never let anyone convince her otherwise. She built on that foundation, aimed high and after working her way through college waiting tables she became the first lawyer in her family.

Geisler emphasizes the importance that mentors have played throughout her life. “Although I didn’t know any lawyers, certainly not any Hispanic female lawyers to look to for inspiration or guidance, I had a goal and knew I would find a way to reach it,” says Geisler. “In college, I wasn’t sure what I should major in so I chose criminal justice because I found the subject matter fascinating and figured I was more likely to excel if I studied something I found really interesting.” While majoring in criminal justice at the University of Texas at San Antonio she was encouraged and mentored by a professor, who upon learning that law school was her goal, helped guide her through the law school application process and wrote her letters of recommendation.

While in law school Geisler started working at a personal injury law firm with Ralph C. “Red Dog” Jones who would later become her first law partner. “I knew immediately that I wanted to practice personal injury law, I think in large part because I learned from someone who was passionate about the practice and who really took the time to nurture my professional development,” states Geisler.

Noting that she has had several mentors who have had a significant impact on her life, Geisler cites her mother as her most valued and respected mentor. “She passed away in 2009, but she has been, and will always be, my biggest mentor. It was always her goal to set a good example for me and she exceeded that goal,” says Geisler. “As a kid, I saw her persevere as a single mom who was professionally successful despite lacking a college degree. As an adult, I saw her persevere as she battled cancer with determination, grace and a positive attitude. Her kindness to others extended to all. I want to live my life following the examples she set.”

Four years ago, Geisler set up shop as a solo practitioner and opened the Geisler Law Firm. “It was the right time for me to go out on my own,” she explains.

Geisler’s practice is focused primarily on personal injury litigation. “It truly ranges; I have handled a wide spectrum of personal injury cases from defective medical devices to civil rights claims and most everything in between, but I also have experience in commercial cases which I also find interesting. The common denominator is usually that I am drawn to the client or their story,” she explains.

“I really enjoy the practice of law, but what I find most rewarding is working on cases where I feel that I really helped someone get through a difficult time or played a part in helping improve their quality of life.” She states that she has saved every thank you note she has received from her clients over the years as a reminder that behind every file is a person or family who has trusted her to advocate on their behalf.

As an example, Geisler shared a story about a case she handled recently. “My client was involved in a car wreck when she was eight months pregnant. In order to save her baby’s life she had to undergo an emergency cesarean. Unfortunately, the baby was born with catastrophic injuries as a result of the collision,” she says. “The insurance policy limits were nowhere near sufficient to care for this child who will need around-the-clock care for the rest of his life. The family came to me after being represented by another attorney and I knew going in that there were some problems with the case and that the probability of a big financial recovery was small.” But Geisler was drawn to the family’s struggles and she wanted to help.

Once Geisler was on the case she was ultimately able to get the insurance company to pay several times over the insurance policy limits to her client.

“Even though the ultimate recovery came nowhere close to fully compensating this family for what they had been through, my client’s gratitude was overwhelming,” adds Geisler. “My client’s financial resources were quite limited and making rent was a monthly challenge, but with the settlement proceeds she was able to buy a modest home. After she closed on the house she sent me a thank you note stating that because I was willing to take her case and stand up for her she would never again have to worry about having a place for her and her son to live.” Geisler describes her client’s gratitude as humbling in light of what her client had experienced.

Although a solo practitioner, Geisler enjoys working cases with other attorneys. Geisler explains, “Many of my cases are joint-ventured with other lawyers.” She particularly loves that she has had the opportunity to work with other talented lawyers on some challenging cases. “I have had the good fortune to work with a number of talented lawyers on some really interesting cases. I often take away from those experiences different ways to approach a case or an issue that I may not have previously considered. ”

Geisler has even collaborated with lawyers whom she first met as opposing counsel. “Over the years, I have been both referred and asked to jointly work on cases by lawyers who I had only known before as opposing counsel,” notes Geisler. She attributes their confidence to the way she conducts herself in adversarial situations. “While it is paramount to zealously represent the client’s interests, it can be done in a manner that is respectful and professional to the opposing side.”

That approach has paid off not only with opposing counsel but with defendants as well. “I once had a former defendant business owner hire me to represent him in a personal injury claim after the lawsuit against him had settled,” Geisler says. “He told me he knew I was the lawyer for him because I was able to get more money out of him as a defendant than he ever thought he would pay my client to settle her case and because I did so while being nice and respectful throughout the case. It was such a great compliment from someone I had both sued and cross-examined.”

In addition to serving her clients, Geisler believes it is also important to provide service to the profession. Bar service has been a constant for Geisler since she first started practicing law in 1997. “I got started doing bar work my first year of practice when I participated in the very first Dallas Association of Young Lawyers leadership class.” From there she became involved in various DAYL committees and eventually became president of the association in 2007.

“As a young lawyer I loved bar work because it provided me with an opportunity to both give back to the community while networking with other lawyers, many of whom I now consider lifelong friends.”

Geisler has served on Dallas Bar Association board of directors since 2006 and in January she was elected chair of the board by her fellow board members. She assumed the role of chair while winding down her term as co-chair of the 2014-15 Equal Access to Justice Campaign. The money raised through the campaign goes to benefit the Dallas Volunteer Attorney Program which works with Legal Aid of Northwest Texas to provide free legal services to low-income Dallas County residents. “We raised a record-setting $1.1 million for the 2014-15 campaign. It is a shining example of the great things the bar does to help provide legal services to the poor and highlights the importance of lawyers giving back,” states Geisler. “I am incredibly proud to have served as a co-chair for the campaign and proud of my fellow lawyers who have given their time and money to the effort.”

Bar service has also provided Geisler with an opportunity to give back through mentoring. As DAYL president she focused on mentoring projects and has served as a facilitator for the same DAYL leadership class that started her bar service. Through the Dallas Bar Association she has participated in a number of its programs aimed at mentoring young lawyers and high school students. Geisler enjoys sharing her experiences and advice to up-and-coming lawyers who seek her mentoring. “There are a lot of stressors and pitfalls in the practice of law, so if I can help another lawyer by sharing my experiences I am more than happy to do so,” explains Geisler.

Away from the Office

Geisler has a 16-year-old daughter, Erika, who at the time of this interview was taking her driver’s license test. “My daughter is, by far, my best accomplishment. I am so proud to be her mother. With my mom as my inspiration, I strive to be the best mother possible to Erika. She is what motivates me to try my best both personally and professionally,” Geisler finishes.

When she’s not cooking up legal successes for her clients in the courtroom, Geisler enjoys cooking in her own kitchen, floral design and traveling to New York.