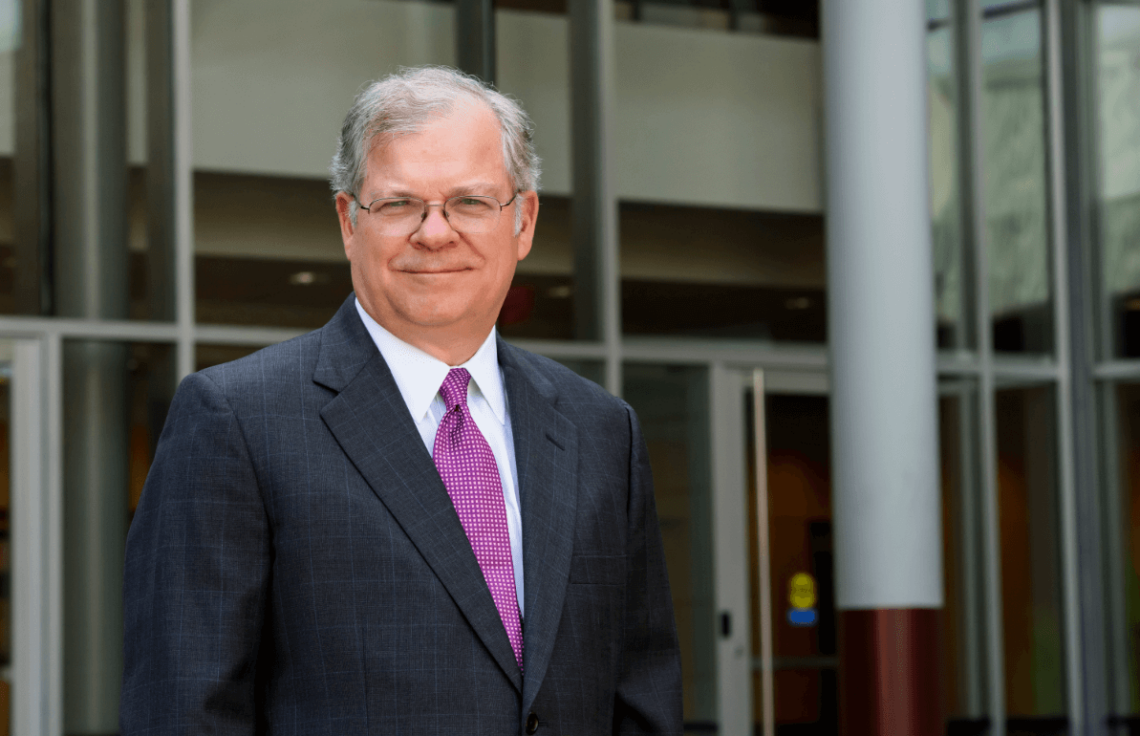 Workers’ compensation attorney Leonard T. “Lennie” Jernigan, Jr. smiled and tapped his foot lightly to the beat of the jazz trio playing on his back porch. He then turned to the business at hand – a fundraiser at his home for alumni of North Carolina Central University School of Law where he earned his Juris Doctor in 1976 and where he is an adjunct professor teaching workers’ compensation law.

Teaching is just one element that keeps Jernigan at the forefront of a practice that has stretched almost 40 years. He has a unique insight into workers’ compensation and personal injury law having been involved in closely following laws and regulations through bar organizations and associations at the national and state levels. In 1995, he was one of the founders of the Workers’ Injury Law & Advocacy Group (WILG), a nonprofit national association of workers’ compensation attorneys, and is a member of the American Bar Association’s College of Workers’ Compensation Lawyers, a peer reviewed group of only 377 lawyers.

A Lot of Hurdles

Millions of people are injured on the job each year nationwide, many of whom qualify for workers’ compensation. Th e rules and regulations are complex in each state and Jernigan keeps pace as the author of “North Carolina Workers’ Compensation Law and Practice” which was first published in 1988. A fifth edition is being written now and he hopes to publish it in 2017.

Jernigan is far from boastful about his knowledge of workers’ compensation law and his leadership roles in the profession, and acknowledges that the lawyers in this field in North Carolina are some of the best. “I’m proud to be associated with this group. Th e deck sometimes appears to be stacked against the injured worker and without the hard work of these lawyers, many deserving clients would be left out in the cold.”

“I understand the process, so I can usually anticipate what’s about to happen and hopefully explain to a client why certain events are unfolding. Although each individual and each injury is different, there is a certain predictability as to how claims are handled.

“People never think they’re going to get hurt on the job and have their lives shattered,” he continued. “A lot of people don’t have an appreciation of how your life can suddenly change. For someone who has a minor injury who gets prompt medical care and goes back to work in a few weeks, the system works great; that’s the way it’s supposed to work for everyone. However, for someone with a serious injury there are a lot of hurdles and roadblocks waiting for the injured worker and that person may never see those obstacles until it’s too late.

“Workers’ compensation law is a craft for a skilled practitioner,” he continued. “It’s not just knowing the statutes and the rules and the case law; it’s about how they work together and it requires patience and hard work. Th at’s true for any area of law.”

A week aft er the NFL draft this spring, Jernigan flew to Santa Barbara, California for a meeting with the NFL Players Association (NFLPA ) workers’ compensation panel of attorneys (he represents the Panthers, with two other North Carolina attorneys). Th ere are only 56 lawyers across the country who have been selected by the NFLPA to handle claims for these professional athletes. He plays a similar role for the National Hockey League and the Professional Hockey Players Association.

“Playing football in the NFL is the only job in America with a 100 percent injury rate,” said Jernigan. “Th e players who come to us typically have career-ending injuries, or just want some advice on how the process works.” He saw a video tape recently of one former football player who testified at a legislative hearing when benefits were being challenged for pro athletes. Th e player said, “Yes, we get paid a lot of money for a short period of time when we are in our 20s, but don’t tell me we should not get compensation and medical care when we get hurt.” He then took off his false leg (lost as a result of an injury) and put it on the table in front of the legislators.

“The fact that the NFLPA invites us to the Panthers’ locker room each year and tells their players that we are competent to represent them in workers’ compensation claims should speak loudly to the typical client. I would think that alone would give them a great deal of confidence in this firm.”

Once a summer, Jernigan hikes along the Appalachian Trail with his immediate family and friends. Last summer’s trek was more than 21 miles through Virginia and Tennessee. Aft erwards, he ended up at the Eseeola Lodge in Linville, North Carolina near Grandfather Mountain.

“It’s my time to get away from everything,” he said. “I don’t take a cell phone. I just get back to nature. It’s a great time to clear my head, get some great exercise and tell stories by the campfire. When I get back to Raleigh, I have a greater appreciation for a warm bed, a hot shower and a comfortable home.”

He also started keeping a bee hive three years ago and got seven gallons of honey that first year. Th e second year the hive swarmed in the spring aft er he had kept it going through a rough winter. Th is year he is expecting a bumper crop again, and says “bees are absolutely fascinating and they are teaching me things every time I get around them – like making sure I don’t ever let them inside my protective head gear again.”

Jernigan and his wife, Betsy, have been married nearly 36 years. They have two daughters, Elizabeth Harrison who is a clinical social worker, and Hayes Finley who is a lawyer. “We also have an adorable grandson, Webster Harrison, who is 14 months old, and a mellow Golden Retriever, Amos,” said Jernigan with a smile.

Jernigan plays the role of mentor at the firm he started in 1988. He has high praise for Kristina Th ompson who has practiced with him for eight years, and he has great expectations for Tony Lucas who recently joined the firm. “We have basic rules that you never assume anything, be prepared, be professional and be honest. Treat people with respect even when it may seem they don’t deserve it. ”

Jernigan teaches similar lessons to his NCCU Law School students. “I’m hoping to teach them professionalism as well as something about workers’ compensation law. Th e legal arena can be a difficult environment at times but there is no reason you can’t be ethical and professional.”

He summed it all up by saying “Although being a lawyer is challenging and rewarding, on more than one occasion I have gotten burned out and totally exhausted but I’ve always tried (even though I fail miserably at times) to understand that we are all in this fight together, and I applaud those who are in the ring.”