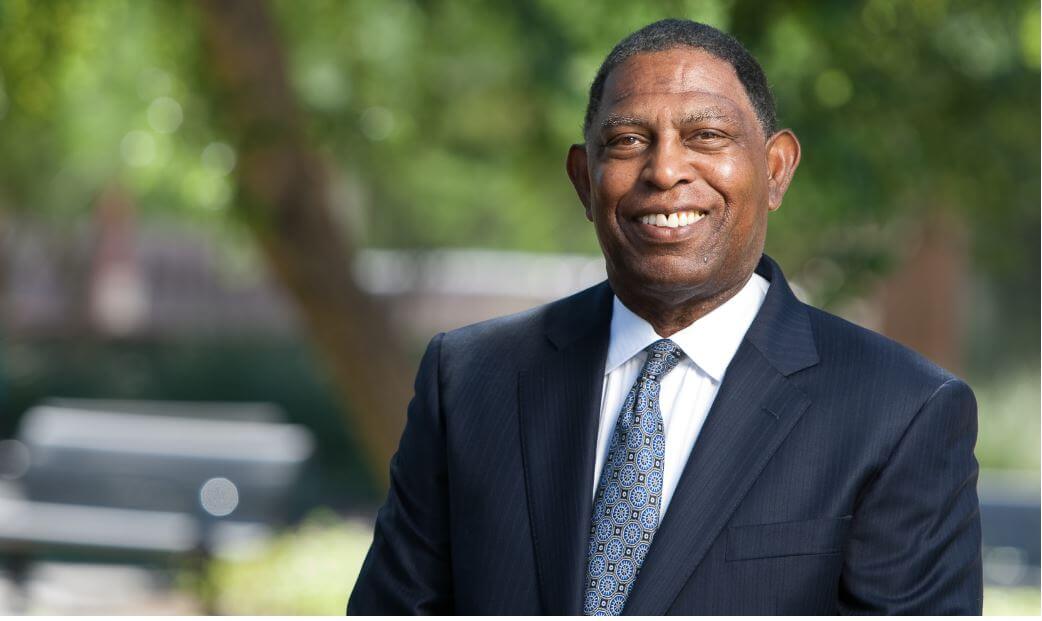 Passionate. Knowledgeable. Approachable. Lonnie J. Williams, Jr., a employment law partner with Stinson Leonard Street LLP, stands out in the crowd as someone who can lead the charge in the courtroom just as easily as he can teach a bachelor a simple yet delicious recipe to impress a date. It’s this balance of talent and passion that makes Williams unique.

Variety Is the Spice of Life

When he’s not trying cases as a successful trial lawyer or serving the community in a variety of capacities, Williams has a one-of-a-kind after-hours passion – cohosting a local cooking show. Along with Vernon L. Bolling, Williams makes regular appearances on “Flavors of Ethnic Cooking,” a part of the “Focus” TV show series that airs every Saturday morning on Phoenix COX Channel 7.

“‘Focus’ highlights different topics on each show and I’m involved when the focus is on ethnic cooking. The show started out focusing on single men to show them basic cooking techniques to impress a date,” Williams explains with a chuckle. Today, the show is “about healthy alternatives and creating special meals. We tape about six to seven episodes a year.”

Williams says that he’s been a part of the show for years and became connected to the series through Bolling, who wanted to add a cooking element to his popular TV series.

“I’m what you would describe as ‘fiscally conservative’ and cooking healthy is also a great conversation piece,” he says. “I have twins in college and they recently moved off campus. Over the summer, I taught them some basic cooking techniques because they hadn’t paid attention to Dad while growing up! It’s a struggle to avoid unhealthy habits and remaining busy, and cooking healthy doesn’t allow you to get bored.”

“They are great young women and very accomplished basketball players – I was able to keep up with them until I blew out my knees! Then, I followed them to their games and competitions,” he says. “We have a basketball court at my house and over the years there have been many local lawyers embarrassed by their skills on the court. They were beating my colleagues when they were in junior high!”

Williams’ oldest daughter is a graduate of the University of Notre Dame and currently works as a forensic accountant for Deloitte and Touche. His son is currently working toward his undergraduate degree. He adds that his oldest stepdaughter is a freshman at Xavier College Preparatory and a soccer standout. His two youngest stepdaughters excel academically in the seventh and fifth grades.

His children’s successes both in and outside the classrooms are a true testament to his accomplishments as a father and a good role model, his colleagues and loved ones note.

In addition to his cooking show and active family life, Williams is also passionate about giving back to the community. He’s involved heavily in a variety of causes, one being Gamma Mu Educational Services (GMES), a leadership program for young African-American men.

According to the GMES website, the nonprofit strives to “identify young, success- oriented African-American males and expose them to structured leader development activities designed to empower them with knowledge, skills, and experiences needed to foster: academic success, graduation, establishment of support networks, professional and personal achievement, and commitment to community service.”

Williams is also fully engaged in giving back to the professional community, both locally and nationally. He has served as president of the National Conference of Bar Presidents, which provides leadership services to bar leaders. “They also provide free legal services to veterans and have great programs on both a local and national level,” he says. He has also served as president of the Maricopa County Bar.

“Additionally, as a member of the American College of Trial Lawyers I have the distinct privilege to not only help groom young trial lawyers but also help to maintain excellence amongst the most distinguished trial lawyers in our state. Unfortunately, trial lawyers are a dying breed; lawyers are spending less and less time trying cases,” he adds.

“My desire to be a lawyer started in high school,” Williams explains. “I had a business law teacher, Ms. Row, who had friends in law school. She would volunteer her students to serve on a jury in mock trials. I served in that capacity and listened to lawyers make arguments and examine witnesses. From that point forward I became a fan of ‘Perry Mason’ and wanted to become a trial lawyer.”

Williams notes that his practice focuses on helping businesses manage their civil disputes. This includes strategies and methods to obtain an early resolution of a matter, or taking a matter to trial before a jury. Although he has been trying cases for decades, it remains his passion.

“I love trying cases. Interestingly, clients very rarely ask lawyers how successful they are at trials,” he says. “I can honestly count on one hand how many times a client has asked me that. When you go into surgery, you ask a doctor how successful he’s been at that procedure. Why not ask a lawyer about his trial success rate?

“I love what I do, especially in the courtroom, because it’s very fact-intensive,” he continues. “You figure out a plan to get the client where they need to be. It’s not something you learn from a book; it can only come from experience. Putting together a case is like putting together a play with a lot of moving pieces.”

At the top of his profession for years, Williams says that he is most proud of the recognition he receives from his peers. “I’m grateful when my peers and others recognize that.”

It’s All About Balance

Williams admits that he likes to stay active and has a career full of accolades to prove it. That recognition includes being selected as Most Admired Leader by the Phoenix Business Journal. He was also selected as a Southwest Super Lawyer from 2007 to the present in business litigation and employment and labor. Lawdragon also selected him as one of the Top 100 Most Powerful Employment Attorneys. Most recently, he was selected for the 2015 edition of AZ Business Leaders who are honored for their leadership as “catalysts for Arizona’s economy.”

He is passionate about encouraging young lawyers – especially minorities who strive to be the best that they can be in their chosen field of law. “But instead of trying to be the best minority lawyer in their area, they should try to be the best lawyer period,” he says.

“I enjoy what I do professionally and my wife and I love to dabble in home improvement projects around the house. We simply like to spend time together as a family,” he says. “After more than 30 years in law there are so many reasons I still like to do this and a lot of it is about helping clients and the community.”