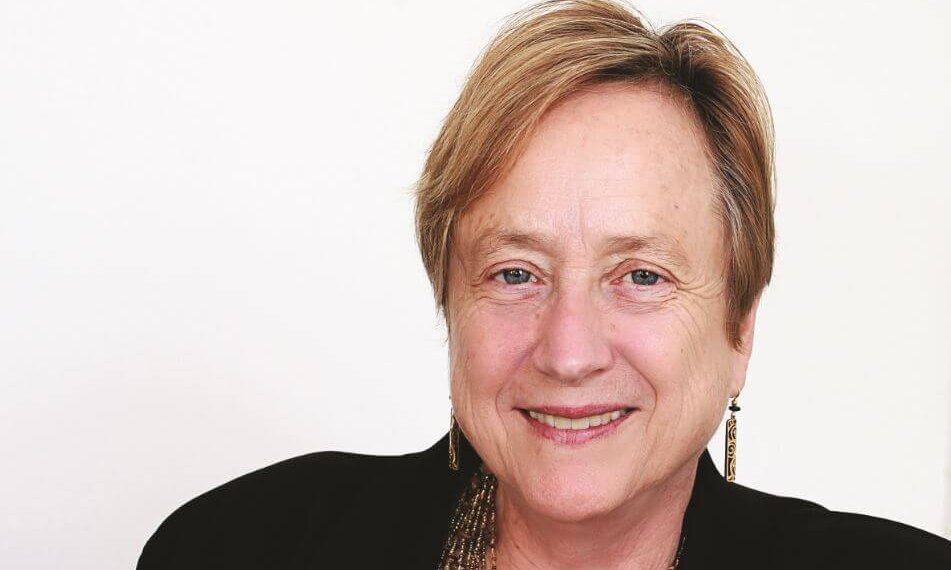 Attorney M. Sue Wilson is a champion of social justice who has stood courageously for families in Minnesota for more than 40 years. She has long cultivated a tradition of legal excellence that is rooted in the conviction that people deserve both peace and justice. For Wilson, the law is more than a profession; it is a calling.

Wilson came of age amid the tumultuous political and social climate of the late 1960s. A native of Kansas City, Missouri, she earned her undergraduate degree in sociology at the University of Kansas, where Vietnam War protests eventually led to the declaration of martial law. Wilson recalled the trial of an antiwar activist who had thrown a rock through a window of the campus ROTC building: “I didn’t know him, but I wanted to see what would happen. I watched the trial pretty much all the way through and thought, ‘I could do this.’ I loved sociology, but as a junior I realized I could either study these things, or try to do something about them. I wanted to change the world, so I went to law school.”

And change the world she has. Wilson’s landmark victories have not only changed the lives of the people she has represented, but also the legal landscape.

Wilson attended law school at Stanford University, where classes were small and the emphasis on social justice was great. She worked as a summer intern for Stanford law professor Anthony G. Amsterdam, famous for his work with the NAACP Legal Defense and Education Fund and his opposition to the death penalty. Her early interest in possibly pursuing a career in criminal law ended when she spent a day in criminal court in Oakland, California, where her best friend was clerking. “I admire those who do such noble work of ensuring that everybody gets a good lawyer, no matter how heinous the crime. But I realized it wasn’t how I wanted to spend my time.”

Just a year out of law school, the indomitable Wilson decided to strike out on her own and open a law practice that would influence society at its very core. “Nobody in my class at Stanford does family law. It was once considered the dregs of the profession – family law was treated more like a hobby. Back then, women didn’t interface with the legal system like they do now. I believe that people have the right to demand the highest level legal talent, and a right to expect that the person representing them is someone who really has their back and cares about the outcome. I do this because it’s what I want to do, and I am committed to doing it well.”

A decade into her practice, Wilson took on the controversial matter of In re Guardianship of Sharon Kowalski. Kowalski suffered a serious brain injury during an auto accident, and Kowalski’s father contested the right of her longtime partner, Karen Thompson, to act as her legal guardian. A heated legal battle ensued, within full view of the national media, and the case became a pivotal test for gay rights. Wilson fought fearlessly for seven years before finally achieving victory for Thompson before the Minnesota Court of Appeals. Wilson valiantly pushed the limits of both the law and the prevailing social consciousness, paving the way for future victories for gay couples.

“I just couldn’t tolerate it personally,” she said. “I was quoted in the New York Times Quote of the Week as saying, ‘Sharon Kowalski’s father would rather have her be a vegetable than a lesbian.’ It took a lot of persistence. We lost many motions that were winners, basically because of homophobia. But there were also many people involved in doing the right thing, including a volunteer attorney from Faegre & Benson on behalf of the ACLU. Sharon Kowalski is still alive. She still functions with a sense of humor; her abilities and quality of life are way beyond what her father wanted to think they were.”

Wilson humbly stated that aft er this landmark victory, she simply “went back to being a divorce lawyer. I have several other attorneys working with me, and we handle complicated divorce, financial and custody issues. My whole philosophy is that clients matter to me. It’s not just about their financial well-being or how the case goes, it’s also about their emotional well-being. I’m clear that this is not my divorce, and I’m not personally emotionally involved, but I care deeply about the well-being of my clients. I am concerned about understanding what is going on with them so I can allay their fears, which are oft en not grounded in reality. I am here to use my knowledge and experience to help them through a very difficult time.”

In carrying out her mission of providing holistic, client-centered representation, Wilson has embraced the practice of mediation. However, Wilson emphasized that for mediation to be effective, both parties must be represented by counsel and must perform their own due diligence. “In the last 10 to 15 years, a number of experienced family law judges and attorneys have become mediators, and they are highly qualified to resolve cases. Each side in the mediation has an attorney, we do discovery, and then we sit down and talk about it. Custody evaluations are done by competent professionals. If we can’t reach a fair result in mediation, we go to court and see what the judge thinks. Mediation is always my first choice, but I also believe we sometimes need trials and attorneys who have the skills to be effective in court.”

Wilson has not only provided her clients with superlative legal representation, she has also persisted in pushing the bounds of established law to continue moving our system of jurisprudence toward a more enlightened future. “I think it is a sacred trust to have a client who put their life in your hands. I take that seriously and do all I can to get the best result within ethics and the law. But I’m also never afraid to push the bounds of the law to make a good faith attempt to change it. The law oft en needs changing.”

A self-proclaimed feminist and longtime proponent of spousal maintenance, Wilson surprised many when she came out in strong support of a recent cohabitation bill that passed in the Minnesota legislature. The new law does not automatically terminate spousal maintenance of a recipient who is cohabitating with another party, but it does allow for modification if the supporting party can demonstrate that “but for” the financial benefit, the recipient would be remarried. “I’m a raving feminist, but it breaks my heart to see women gaming the system to keep having their first husband support their next relationship. If you’re a true feminist, you think men have equal rights, too. To me, feminism has to be based on authenticity and integrity. I testified on this matter in front of a House dominated by Republicans in 2015 and 2016. I said that ‘while I’ve made a career of getting spousal maintenance for women, I’m here to testify because I believe the misuse of permanent maintenance awards is destroying all credibility for those who have a right to receive it. I didn’t fight for women’s rights for decades to see this sacrilege.’”

Wilson has also made a resolute stand for victims of domestic abuse. She prevailed in her appeal to the Minnesota Supreme Court in Baker v. Baker, thereby preserving the law that allows for emergency orders for protection to be issued without a hearing. However, Wilson again acknowledged that this provision is oft en abused. “It is vital that we protect those who need it. There are still too many incidents of domestic violence that are fatal. But I see many cases where people are misusing the law to get somebody out of the house or get a leg up on a custody case. You can be a feminist and still oppose the misuse of the law.”

A social crusader, Wilson is dedicated to representing her clients with the “highest level of excellence conceivable.” And because her practice impacts children, she argues that family law is among the most important legal disciplines. “Our highest value is to protect children at any cost, including bringing emergency motions. The effect of divorce on children has a far-reaching impact on our society.”

According to Wilson, she will never stop being a fighter. “Today, I just fight with more nuance and effectiveness than I did in my 20s when I was a firebrand.” For her, legal advocacy is a calling, and she renders it with a respect for humanity that transcends a written code of law or ethics. “For over 40 years I’ve been convinced that this is my calling. I still love what I do, and I believe that family law is an important part of the legal system and that family law attorneys have special duties to their clients. How do you ever retire from your calling?”