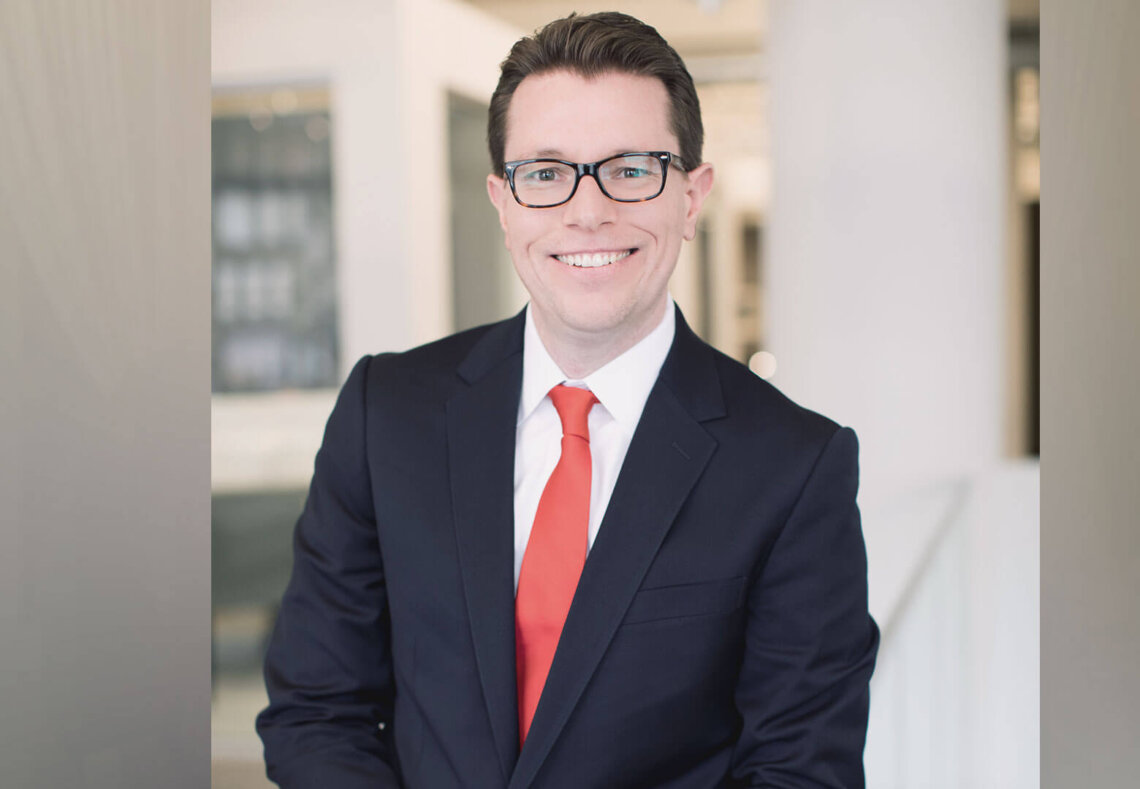 Meet Mack Reed, Partner at MADEL PA, where he and a cadre of celebrated trial lawyers are united in their belief that getting justice requires more than mastery of the law. It requires the audacity to think differently, the courage to speak boldly and the determination to always do the right thing. Integrity is elemental at MADEL PA, and because of it, Reed and his colleagues are creating results that far surpass those who would give way to compromise.

After earning his master’s degree in humanities from the University of Chicago, Reed arrived at a crossroads. He found the domain of scholarship too removed from the real world to be truly fulfilling, and he began exploring a path of greater purpose. In between delivering pizzas in downtown Chicago, he filled out applications to law school. Several accepted, and he chose the University of Pennsylvania Law School, a premier institution that would keep him close to family in Philadelphia.

Upon graduation, Reed migrated back to Chicago, and had the good fortune to join both a rock band and a leading law firm. He recalled, “A partner there was a great trial lawyer with his own practice within the firm’s litigation group. All he did was financial markets litigation. I didn’t know anything about financial markets, let alone financial markets litigation. His group tried cases, and securities and arbitration work was their bread and butter. I got to do things most attorneys don’t early in their careers, like being second chair in a securities arbitration only six months out of law school. It was a fantastic learning experience working alongside a partner who was very good at what he did. I was fortunate to have that as my first experience working in a large law firm.”

I got to do things most attorneys don’t early in their careers, like being second chair in a securities arbitration only six months out of law school.”

With his trial skills sharply honed, Reed went on to become a partner at a litigation boutique in Chicago. Later, when he and his wife were expecting the birth of their son, the two decided to relocate to her hometown of Minneapolis. Reed soon found a position at a Minneapolis-based plaintiffs’ law firm, where he co-chaired the employment practice group.

Throughout his career, Reed has distinguished himself as a litigator and counselor in complex commercial matters, among them, employment discrimination and whistleblower matters; financial markets arbitrations; closely-held shareholder/member disputes; breach of contract actions; trade secret misappropriation disputes; fraud actions; and statutory and common-law unfair competition disputes.

Reed eventually encountered attorney Christopher Madel, recommended by a colleague to consult on a case. “I reached out, and he came by, sat down and spent about 45 minutes with us. Looking back, I realize how valuable his time is, and the fact that he was willing to share his expertise with guys he didn’t know was extremely generous. It was clear within about 10 seconds that he knew what he was doing. He is an incredibly sharp attorney who is respected in the community and generous with his time and knowledge. It’s a rare blend of characteristics. That was my first impression of Chris.”

Within months, Reed had the opportunity to work both against and with Madel, as he represented an adverse party in a case and, later, worked as co-counsel with Madel and Jenny Robbins in a separate matter. “We all had a similar perspective, and it felt very natural working with them,” he said.

It is no surprise that Reed was invited to join the firm in July 2018. “It’s been fantastic — just about every facet of it. With the quality of work we’re doing, I’ve been able to stretch out and be challenged, and not only use the skills I’ve already developed, but continue to develop new ones.”

But as much as the skill of his colleagues, Reed admires their humanity. “The quality of people I’m working with here is unlike anything I’ve seen before — and I’ve worked with some high-caliber people. I don’t just mean that they’re good lawyers, even though they uniformly are. They’re good people, who understand intuitively that clients are paramount. Refreshing is the best word for it. They are so committed to doing the right thing for clients at all times. A sense of integrity pervades our culture, and it comes from the top, like in any organization.”

That integrity provides MADEL attorneys with the freedom to act aggressively on their clients’ behalf. Reed explained, “Knowing the difference between right and wrong is not the hard part. What’s right is usually obvious, but it often means doing things that we might not perceive as being in our own best interests. Once you’re able to get over that, it simplifies everything. Putting clients’ best interests first operates like a safety net that makes taking risks easier, because if we’re satisfied within ourselves that we’re meeting the highest standards and acting with as much integrity as we can, we don’t have to stay up at night worrying. When you tell the truth, you can go forward confidently. You never have to worry about having your bluff called if you’re never bluffing.”

When you tell the truth, you can go forward confidently. You never have to worry about having your bluff called if you’re never bluffing.”

When Reed and his wife made their move from Chicago to Minnesota, they did so with their 11-day-old son in tow. While Reed is both poised and effective in the courtroom — and his clients count on him for it — conveying his infant across the Midwest challenged Reed more than any high-stakes legal matter. But it was yet another life experience that has made him a better lawyer. He said, “If someone had told me I’d have a newborn and have to drive with this fragile alien life form in the back seat, I would have said there was no way I would do it. I was flipping out the night before. But when the time came, I did it. I’m a firm believer in the idea that you never know what you’re capable of until you challenge yourself to do it. I feel now like there’s nothing life can throw at me that I can’t handle.”